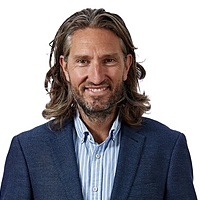 We modelled the implications across the country if the ALP is successful at the next federal election and implements the proposed reforms. The Impact Analysis: Negative Gearing, CGT & Australia’s Residential Property Markets report assesses the impacts of the proposed reforms, and the consequences of taking a blanket approach to their implementation throughout the country.

The ALP has previously proposed to limit negative gearing to new rental dwellings and to halve the CGT tax discount from the current 50 per cent to 25 per cent, the stated intention being to level the playing field for first homebuyers competing with investors, improve housing affordability and strengthen the budget position through limiting these subsidies. However, the landscape in the Australian property market has changed and this needs to be taken into consideration.

From the second half of 2017, the risks associated with the residential property market increased significantly, and the proposed reforms need to be assessed thoroughly across all geographical areas (SA4s) to ensure they do not unduly impact the weaker and fragile housing markets. Credit restrictions and tighter lending standards have had a direct impact on investors in the Australian housing market.

As a result, dwelling prices in Sydney and Melbourne showed a decelerating growth rate, followed by price reductions in Sydney and, to a lesser extent, Melbourne. The two-speed economy driven by the resources construction boom has reversed, and those once-prosperous economies are now lagging. This necessitates thorough modelling and impact analysis of the proposed tax reform package.

One of the key findings of the analysis is that a blanket introduction of the reforms across the country would have unintended consequences. Some SA4s, especially those with weak or fragile property markets, would be adversely impacted more than others.

The report identifies the Top 10 SA4s that would be most impacted if the reforms went ahead as currently proposed. These include Darwin, Mackay, inner-city Perth and Townsville. Some inner-city markets with a high concentration of apartments and investors would also be impacted significantly. Another unintended consequence would occur in the Sydney unit market where the proposed reforms would be equivalent to a sudden 1.15 per cent increase in interest rates for investors. Declining dwelling prices (or price deceleration in some regions) would lead to a reduction in dwelling commencements and deteriorating rental affordability in some locations. The analysis also demonstrates that there would be some distortions in the investor market, with the creation of primary and secondary markets for investor stock if subsidies were limited to new housing prospectively, the thinner market on resale potentially increasing the risk of investing in new dwellings.

Our report concluded that while there would be some positive initial impacts on housing affordability, these would only be sustained in the largest capital cities if appropriate policies are implemented to encourage the supply of owner-occupier suitable housing in addition to investment units. Housing supply, particularly dwellings in the middle-ring capital city suburbs that are suitable for family cohorts, are a crucial factor in resolving housing affordability issues.

As there is an ongoing undersupply of residential properties, particularly those suitable for families in the Sydney and Melbourne markets, without a strategic and comprehensive solution to this issue it is likely that the current supply and demand patterns and issues will once again lead to escalating dwelling prices. Therefore, to address this issue governments at a state level must consider increasing density, especially in middle-ring and outlying areas of the cities, provided there are adequate transport solutions to access employment.

While development in middle-ring suburbs has increased in recent years, especially in Sydney, today’s record levels of housing construction are the bare minimum needed to meet the elevated levels of population growth driven by net overseas migration. The report covers these key findings and others. RiskWise and WargentAdvisory assert that these principles that need to be looked at before any reforms are enacted. An introduction of Labor’s proposed reforms requires a nuanced response with the implementation of some mitigating processes and policies to ensure that there are no unintended consequences.

The bottom line is that the proposed reforms would achieve some of the ALP’s stated objectives, including tackling the fiscal challenge and budget repair, but not the others. From independent research houses, backed by in-depth data analysis, the The Impact Analysis: Negative Gearing, CGT & Australia’s Residential Property Markets report assesses the objectives, impacts and key findings when the proposed reforms are not supported by any mitigating measures, and adds additional recommendations to enable policymakers to take steps to improve housing and rental affordability, which is high on the political agenda.