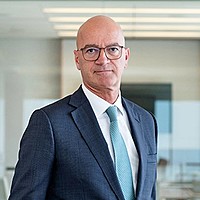 It is no longer absurd to think that the nominal yield on U.S. Treasury securities could go negative. Earlier this month the German 30-year government bond yield dipped into negative territory for the first time ever. Around $14 trillion of outstanding bonds worldwide, or 25% of the market, now trade at negative yields, according to Bloomberg. What was once viewed as a short-term aberration – that creditors are paying debtors for taking their money – has already become commonplace in developed markets outside of the U.S. Whenever the world economy next goes into hibernation, U.S. Treasuries – which many investors view as the ultimate “safe haven” apart from gold – may be no exception to the negative yield phenomenon. And if trade tensions keep escalating, bond markets may move in that direction faster than many investors think.

What’s behind negative interest rates? Many observers blame central banks like the European Central Bank (ECB) and the Bank of Japan (BOJ) that are taxing banks’ excess reserves with negative deposit rates and have made bonds scarcer by removing them from the market through their purchase programs. The BOJ now owns about half and the ECB about 30% of the bonds issued by their respective governments, according to Bloomberg.

However, we believe central banks are not the villains but rather the victims of deeper fundamental drivers behind low and negative interest rates. The two most important secular drivers are demographics and technology. Rising life expectancy increases desired saving while new technologies are capital-saving and are becoming cheaper – and thus reduce ex ante demand for investment. The resulting savings glut tends to push the “natural” rate of interest lower and lower.

Against this backdrop, the financial history of the last decade is littered with central banks that either kept the “money” rate of interest above the “natural” rate or tried to raise it too early (the ECB in 2011) or too far (the Fed in 2018). Both were punished by market forces and have had to reverse course.

One likely factor behind the savings glut and negative interest rates is negative “time preference.” Once upon a time, economic theory maintained that people always value today’s consumption more than tomorrow’s consumption – and thus display positive time preference. People would therefore always demand compensation in the form of a positive interest rate in order to forgo current consumption and save for the future instead. People were viewed as impatient, and the more impatient people are, the higher the interest rate has to be to make them save.

This made sense in a world where people usually died before they retired and struggled to satisfy basic needs. However, it can be argued that in affluent societies where people can expect to live ever longer and thus spend a significant amount of their lifetimes in retirement, more and more people demonstrate negative time preference, meaning they value future consumption during their retirement more than today’s consumption. To transfer purchasing power to the future via saving today, they are thus willing to accept a negative interest rate and bring it about through their saving behaviour.

First, July’s labour market report and the accompanying revisions to the prior months showed that the slowdown in the global and U.S. manufacturing sector has started to spill over into the U.S. labour market. As PIMCO’s U.S. economist Tiffany Wilding notes, six-month average net monthly payroll gains have now slowed to 140,000 from 225,000 last year and, more importantly, aggregate hours worked for production and non-supervisory workers are now contracting on a six-month annualized basis, something that usually doesn’t happen outside of a recession. With the U.S. labour market cooling off, households are likely to increase precautionary saving in the period ahead, thus adding to the demographically induced saving glut.

Second, President Trump’s surprise announcement to introduce a 10% tariff on the remaining $300 billion or so of imports from China effective September 1, and China allowing its currency to depreciate against the dollar and possibly penalizing U.S. agricultural products, raises uncertainty and is likely to induce companies to postpone or slash investment spending (and hiring) further, thus reducing the demand for investible funds.

Third, with the natural rate of interest likely falling fast due to all of these developments, the Federal Reserve risks lagging behind, thus effectively tightening the monetary policy stance (measured by actual rates minus the natural rate) rather than easing it. Already the equity and bond markets’ immediate reaction to the 25-basis point reduction in the fed funds target range suggested that many investors think the Fed is behind the curve and probably hindered by a split committee. And this was before President Trump’s tariff announcement, which – if implemented on September 1 – ups the ante for the next Fed meeting (September 17–18), where another 25-basis point cut may again be viewed by the market as too little too late.

Taken together, recent developments have increased the odds, in our view, that a “mid-cycle adjustment” of the fed funds rate similar to the mid and late 1990s (when the Fed cut rates three times) may not suffice to stabilize growth, but that July’s cut marked the beginning of the next major Fed easing cycle. To be sure, so far this is only a possibility rather than a probability. But if the Fed cuts rates all the way back down to zero and restarts quantitative easing, negative yields on U.S. Treasuries could swiftly change from theory to reality.

Joachim is a managing director and global economic advisor based in the Newport Beach office. He is a member of the Investment Committee and leads PIMCO's quarterly Cyclical as well as the Secular Forum process.