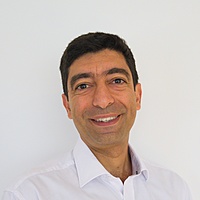 The internet, along with other technological advances, are resulting in disruptive innovation leading to a plethora of new products and services as well as more efficient ways of production and distribution. Existing value chains are being upended with new ones forming and old ones redrawn. These new value chains tend to have a small number of unusually valuable businesses emerge – largely due to the winner takes all industry structures. Using Google as an example, here are some of the economic characteristics that lead to the winner takes all structure:

In a ‘winner takes all’ market, we can think of the tipping point as the point where the scale benefits start to dominate the competitive dynamics, allowing the market leader to pull ahead of other players and achieve dominance.

In a ‘normal’ competitive market, a successful firm enters as a start up, where the probability of failure is highest. Over time if it survives, it becomes more established with a reduction in the risk of failure. In time, as is the case with all phenomena, it ultimately gives way to other players and markets to take form. In a ‘winner takes all’ market, the probability of failure is higher to begin with, as the size of the prize attracts more entrants. Once a player passes the tipping point, the risk of that firm failing collapses as it enjoys the benefits of its scale advantage.

Once the tipping point is reached, the winner will enjoy ‘hypergrowth,’ as the scale benefits accelerate penetration and user engagement. The speed is faster where network effects are strong, the offering is digital, and distribution is viral. The steady state sales level is higher due to the larger market share, the potential to ‘pull value’ from other parts of the chain, and potential economies of scope.

Finally, returns on capital in competitive markets tend to be in the order of 8–12% through entry and exit of capital. In ‘winner takes all’ markets there is no upper bound to returns, as there is a disconnect between capital and profits as the winner is able to generate value not accessible to competitors and entrants.

Entrants recognise the significance of reaching the tipping point and so compete vigorously to get there first. In some situations, competitive intensity lowers the winner’s returns below that of a competitive market – Uber comes to mind. In other cases, entrants misread the economics and race toward an illusory tipping point – WeWork comes to mind on this one. In other situations, disruptive innovations, be it technological or business models, continuously shift the tipping point. Is Buy Now Pay Later a global market, or a local one? Is it a standalone product, or will it be a feature of a broad-based offering such as a shopping or finance app?

Investors that are able to identify ‘winner takes all’ markets, along with the ultimate winner, earlier than the rest of the market are rewarded handsomely. By the same token, misreading these markets or backing the wrong player can lead to substantial losses.

Let us briefly run through what happened in the recent evolution of the music industry as a case study of how disruptive innovation can impact a value chain.

For many decades the music industry expanded in spite of new form factors coming and going. Then in 1998, Amazon expanded beyond books to CDs in an attempt to disrupt physical music retail. The internet had created:

As with books, Amazon was attempting to create cross-sided network effects with consumers on one side and artists on the other.

Apple came along in 2001 and disrupted Napster’s race to the tipping point by making digital music portable (iPod) and creating a monetisation model that helped fund critical parts of the chain such as the artists. Just like Amazon, Apple’s iTunes store promised the benefits of cross-sided network effects, and so Apple became the leader in the race to this new tipping point.

In 2006, Spotify was one of a new breed of music streaming services shifting the range constraint from storage capacity to internet bandwidth. Spotify also innovated on the monetisation model (or perhaps this was forced onto them by the labels – I’m not sure), offering unlimited access for a monthly fee or a radio-esque advertising supported service. Apple, focused on achieving the tipping point under its model, was slow to recalibrate. Spotify’s innovations had created a new tipping point, while Apple was chasing the old one.

I hope you can see the pattern here … each substantive innovation shifts the customer value proposition, resetting the race to the tipping point. It’s important to note the many failed innovations along the way. Pandora, for example, tried to take advantage of the cross subsidy between radio (used as marketing by the labels) and CDs to create a free internet radio model. SoundCloud is another example, which attempted to use social and user generated music to disrupt the market.

Spotify is the current market leader with around 350 million monthly active users and 150 million paid subscribers, which is around 2x that of Apple and Amazon. But it is not clear if the winner will take all, or the value will leak through to another part of the chain.

The music labels spent decades consolidating music rights, sitting between artists and their fans taking a handsome cut. This part of the value chain took a more oligopolistic rather than winner takes all structure mainly due to the slower speed of scaling. The consolidation finally got to a point where regulators required divestments to approve deals.

As a start up Spotify couldn’t launch without the labels, and so the original contracts were extraordinarily one-sided. Wary of losing their competitive position, or worse still being disintermediated, they contractually constrained Spotify from encroaching on their value proposition, took a very generous cut of the streaming revenues, as well as receiving equity in the business. In many ways, Spotify was the label’s risk mitigation vehicle against Apple and other potential demand aggregators.

Ever since, Spotify has been grappling with the strong one-sided economics. The dependence is reducing but remains high. Today, around 80% of music streamed through Spotify was supplied by Universal, Sony, Warner and Merlin, with the labels taking around two third of the revenues. Leveraging the economies of scope over recent years Spotify has successfully expanded the market to include podcasts and aspires to expand further into audiobooks.

Today there is an uneasy truce as Spotify’s economic moat gradually widens while the labels’ contracts. In the meantime, other innovations such as Audios leveraging blockchain technology may create an all new tipping point.

Since Amazon’s entry over 20 years ago there have been hundreds if not thousands of startups investing billions of dollars in pursuit of the ever-elusive pot of gold at the end of the rainbow.

The Risks are Our Opportunity

There are a number of unique risks associated with investing in hypergrowth stocks. While this might sound like bad news, these risks allow for divergent investor views creating the possibility for us to find attractive opportunities. Four of these risks are:

In short, the fortunes of these stocks are more difficult to predict; valuations are more sensitive to changes in assumptions; we are more susceptible to getting carried away in forecasting; and macroeconomic factors have a greater influence on valuations. There are significant rewards for those who understand and mitigate these risks.

Our hypergrowth investments at the start of the quarter were Afterpay, Megaport, Roku and Tesla. In addition to these, our tech giants have startups competing in ‘winner takes all’ markets, which will not be covered below.

As an aside, I don’t believe Tesla’s electric vehicle business has ‘winner takes all’ economics. Today it is more akin to Apples devices business without the ecosystem benefit. However, autonomous driving is on the horizon, Tesla’s fleet provides it with a data advantage in solving that problem, and similar to Apple with their ecosystem, autonomy will provide Tesla with network effects resulting in superior economics.

At the start of the quarter, Tesla and Roku were our largest two positions, accounting for 13% and 12% of the portfolio respectively. The first two risks noted above (difficult to read, sensitivity to assumptions) can be mitigated by limiting the position size of an investment. This was the main reason for reducing our holdings to 8%, in line with other large positions, during the quarter. A similar decision was made in September 2020 when we reduced Tesla from 16% to 11% and Afterpay from 11% to 6%.

The second two risks above (room to dream and rate sensitivity) can be mitigated by limiting the aggregate portfolio exposure to hypergrowth businesses. I’m comfortable with our interest rate assumptions (see Appendix below) and my capacity to remain grounded, though there is an unusually high level of investor exuberance around these types of stocks. To mitigate the risk of misjudging these risks, I will limit our exposure to hypergrowth stocks to 40%, which is in line with our cash, geographic and sector limits. Our aggregate exposure peaked at 43% in August 2020, and now sits at 25%.

We are in an unusual period where entire value chains are being redrawn as a new breed of firms empowered by technology aggressively enter and compete in new and existing markets. Often the new industry structure has one or two dominant firms that capture the lion’s share of the economics. If we are able to successfully identify these firms earlier than other investors, then the rewards are significant. At the same time, the risks are high and we must tread carefully. Stepping back and looking at our hypergrowth investments both at an aggregate and individual stock level, I am confident that we have struck the right balance between taking advantage of the opportunities that are available without taking on excessive risk.

........
Important Information: the article (whether or not it states any opinions) is for general information purposes only, and does not take into account your personal circumstances or objectives. Nothing in this article is (or should be) considered to be financial, investment or other advice on which reliance should be placed. Nothing in the article constitutes a recommendation by Kasa Investments Partners.
save

After an extensive career across RBA, Ausbil & Fidelity, Ali founded Kasa Investment Partners to solve the agency problems within the investment industry and derive a more direct relationship between the portfolio manager and the investor.