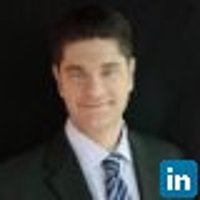 Is a liberalised Chinese currency good or bad for the Aussie dollar? Currency liberalisation is coming, according to Chinese officials. Following the meeting of over 350 top Communist Party officials, known as the third plenum, China has given the signal that controls will eventually be eased. China's central bank governor Zhou Xiaochuan says they will exit from normal FX intervention - and has gone so far as to say they will also expand the daily trading range. But how long will this take and what does it mean for the Aussie dollar? (VIEW LINK)

Jim Vrondas
26th Nov, 13
Thanks Evan, Yes timing is difficult to pin down but trend is there already and likely to continue. Was interesting to see AUD initially rise when the news broke. This is because you would initially expect USD weakness (selling USD buying CNY) but over the longer term would be AUD negative for reasons I touched on in that piece.

Get investment ideas from Jim Vrondas when you sign up to Livewire Markets.