It's all about supply (chains) and demand (destruction) 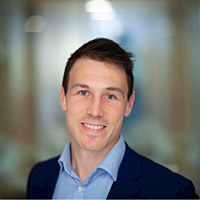 save
Over the past two and a half years, global inflation markets have gone from shot to prominence for investors, as global lockdowns switched to global re-openings fueled by excess savings and generous fiscal transfers.

In what has been a perfect storm for inflation, global economies have experienced a once in a generation spending impulse of fiscal, monetary and central bank stimulus that put money directly into consumers’ pockets, who had nothing else to do but to spend on goods, rather than services (services is usually 65% of GDP). Throw in issues with supply chains, a war to drive global energy and food prices higher, and the consumer has seen inflation spike to levels not seen in over 40 years.

The question is often asked by investors: What can central banks do when the problem is on the supply side (supply chains) and the cost of energy?

The answer is clearly to take away the proverbial punch bowl by destroying demand, allowing the supply constraints to heal in time. No more extraordinary fiscal support, no more loose monetary policy and an unwinding of central bank balance sheet liquidity to lower asset prices and thus temper demand.

According to research by the San Francisco Federal Reserve in March 2022, the ‘excess demand’ created by the stimulus as a collective in the US has added around 3.00% to the annualised inflation levels of 8%. If we assume 2% is base inflation (US Federal Reserve target), then we are left with an additional 3.00% for supply constraints. The US Federal Reserve has put the blinkers on and wants to inflict the significant demand destruction on this “excess demand” part of inflation, and trust that the “supply constraints” will come down in time as capitalism responds to excess demand by allocating capital towards these areas of the economy (or enough people return from a pandemic-induced interrupted life that will see production normalise).

And the tide is turning. Data prints and market pricing are starting to exhibit signs that the peak in inflation may have been seen in the past couple of US CPI prints. Inflation is a rate of change function − prices need to continue increasing at sustained percentages higher to hold an inflation rate constant. A good example is oil prices. Oil from $40 a barrel to $80 a barrel is 100% inflationary. Thereafter, in the next recorded data period, oil from $80 to $120 is only 50% inflationary. Then if oil started the observation period at $120 and finishes that observation window at $120, it is 0% inflationary. The rate of change in many prices is now slowing.

That doesn’t mean they aren’t expensive – filling up your car on a Saturday is still eye opening, but the recorded inflation is moderating as a rate of change.

With the US Federal Reserve no longer buying inflation linked bonds as part of its QE program, the US 10y TIPS market has underperformed lower by 40 basis points from its highs of April, now expecting an average inflation rate of around 2.63% over the next 10 years.

Recent commentary from many market economists suggests that the highs have been set in US inflation. And the market pricing is right behind them.
........
This information is provided by JamiesonCooteBonds Pty Ltd ACN 165 890 282 AFSL 459018 (‘JCB’) and JamiesonCoote Asset Management Pty Ltd ACN 169 778 189 AR No 1282427. Past performance is not a reliable indicator of future performance. The information is provided only to wholesale or sophisticated investors as defined by the Corporations Act 2001 (Cth). Neither JCB nor JCAM is licensed in Australia to provide financial product advice or other financial services to retail investors. This information should not be considered advice or a recommendation to investors or potential investors in relation to holding, purchasing or selling units and does not take into account your particular investment objectives, financial situation or needs. Before acting on any information you should consider the appropriateness of the information having regard to these matters, any relevant offer document and in particular, you should seek independent financial advice.
save

James is responsible for managing investment strategies for institutional and retail clients at Jamieson Coote Bonds (JCB). Prior to joining JCB, James was Senior Portfolio Manager, Fixed Interest and Absolute Returns at VFMC where he was...

Get investment ideas from James Wilson when you sign up to Livewire Markets.