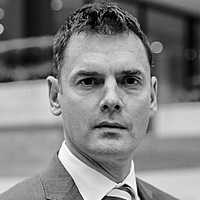 The Australian ASX listed hybrid market generally trades at a premium versus similar securities in the institutional market, meaning listed assets generally produce a lower yield than comparable assets in the over-the-counter (OTC) market. However, we are currently seeing significant yield discrepancies beyond what is considered standard.

One of the reasons behind the sustained yield differential is that generally retail investors in Australia are only able access corporate bonds directly through ASX listed securities. However, the ASX listed bond market is relatively small, representing only 7% of the total corporate bond market.

In the institutional market, established relationships exist between the trading margin of bank bonds with different levels of seniority. The 3 main forms of bank bonds and their rank within the bank capital structure from highest to lowest in terms of security are Senior, Tier 2 Subordinated and Tier 1.

While the relationship between the three structures has been generally consistent over time, it can get stretched during periods of volatility. For example, during the market stress of March 2020, Tier 2 subordinated bank trading margins hit a wide of around 4% while Tier 1 trading margins were at least twice that level at 8%.

Turning to a more recent example, when the recent CBAPK bond (a listed hybrid Tier 1 Bond) was issued in March, the trading margin of 2.6% appeared to be about the right level versus where Tier 2 subordinated bank paper was trading at the time. However, since the issuance of the CBAPKs, the institutional credit markets have sold off in line with other risk assets.

As a result, the Tier 2 subordinated bank market has moved roughly 0.5% wider, with 5-year securities trading at a margin of around 2.1%. Based on historical comparisons, this suggest that the CBAPKs should be priced at a trading margin of roughly 3.4%. However not only have the CBAPK’s not traded wider, they’ve tightened; with the current price of $101 indicating a trading margin of 2.56%. If the CBAPKs moved to a spread of 3.4% in line the historical level versus Tier 2, its price would fall to 96.7; a 4.5% fall from current levels. This valuation discrepancy is further demonstrated when making a comparison with the NAB over-the-counter Tier 1 bond with a Jul 2025 call date (4 years less than CBAPK) that is trading at a margin of roughly 3.15%.

While there are entrenched supply/demand dynamics within the ASX listed hybrid market that result in it consistently providing a lower yield versus an over-the-counter comparable, rarely can they ignore the broader market activity completely for a sustained period. If the market continues to move wider it would be likely that the CBAPKs, and any other listed hybrids bucking the trend, would soon catch up.

........
This publication has been prepared by Alexander Funds to provide you with general information only. It is not intended to take the place of independent professional advice and you should consider the appropriateness of this general information in light of your own financial situation, objectives and needs before making a decision on how to proceed. Alexander Funds; their directors; authorised representatives; employees; or agents; do not make any representation or warranty as to the reliability, currency, accuracy, or completeness of this document and to the fullest extent permitted by law, disclaim all liability and responsibility arising in any way (including negligence) for errors in, or omissions from, this document or advice. © Copyright Alexander Funds Management Pty Ltd 2022 | AFSL: 476 697 | ABN: 77 136 871 924 | www.alexanderfunds.com.au
save

Chris is the Managing Director and Senior Portfolio Manager at Alexander Funds Management. He has over 30 years’ experience in the global credit markets, and established AFM in 2009 to provide fixed income opportunities to Australian investors.

M
Marvin Cathey
15th May, 22
Thank you for explaining that delay in margin change for listed hybrids. I thought the lower margins weren’t fully compensated with the floating rate rise in the bbsw. It is odd that the market is slow to price this into the hybrid market price. Probably just due to hybrids appealing mostly to retail investors. Thank you

Get investment ideas from Chris Black when you sign up to Livewire Markets.