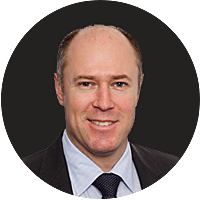 Following on from our assessment a month ago about the likely path of a post COVID-19 recovery, we update the recent macro data and look at bond market options.

As a reminder, world trade growth had been declining and was actually negative prior to the impacts of coronavirus shutting down many world borders: The World Trade Organisation has updated the data and made some projections based on three different scenarios, although to be honest when even the pessimistic scenario envisages a recovery to the end of 2019 levels by the end of 2021, I suspect even those are too optimistic: From the lows in data in mid-March to April, there has certainly been an improving trend, as expected given the economic impacts of the shutdowns were always likely to be reversed when movement of people was allowed again. The question has always been what might the level of permanent damage to the economy be? Even with these improvements, the Atlanta Federal Reserve’s GDPNow predictor is showing a 36.8% contraction in US Q2 GDP, up from -52.8% in the 1 June update of the model: China is further along the curve in terms of dealing with the virus and its effects. The measure of broad business activity are the PMI indices. Remember that PMIs are diffusion indices – so 50 means the same level of activity as last month. The above shows that the majority of firms are only showing a slight increase in activity from February lows, not recovering to pre-COVID levels.

Unemployment is still at extreme levels. In his press release with the RBA cash rate decision on the 7th of July, RBA Governor Lowe used the word ‘unprecedented’ to describe the number of jobs lost during the shutdown, and went on to confirm this number would have been even higher had the government not applied its historic support programs. Perhaps even more important than the absolute number of people without a job is the people who even if employed (defined as working just 1 hour per week) are working less than they want to – the “underemployed”. This rate was rising even before the virus hit and shows there was a large and growing amount of spare capacity in the labour force, even as the headline unemployment rate was declining from 2014 onwards.

Inflation typically declines during recessions – on average over the last 30 years by between 4-5%. With inflation in the December quarter of 2019 starting at just 1.8%, this does not bode well for the likely future path of inflation and the economy. After all, if you can buy something cheaper in a few months then why would you buy it today? Debt by definition, is bringing consumption forward from the future to today, which is why the central banks lower interest rates so much – to make it more attractive to borrow and spend today rather than save and wait until there is sufficient cash on hand to spend on an outright basis.

This is fine in theory as long as the debt is used in a productive manner, which produces a cashflow that is enough to pay off the interest and principle over time.

This principle underpins why central banks have to go further and buy debt in the market – to keep market yields from rising which would further disincentivise spending as the cost of debt becomes prohibitive.

The RBA has grown its balance sheet, buying government bonds, at the fastest pace in history: Central banks globally have also extended the types of bonds they will buy from government risk only to corporate bonds. The RBA will accept investment grade corporate bonds into its repo facilities, significantly boosting secondary market liquidity.

Corporate yield curves have steepened, as the RBA have anchored rates at the short end with their bond buying program. Longer end yields have risen, reflecting the uncertainty associated with the exit from the virus impact. At the same time, as cash rates have declined, so have the rates banks are willing to pay on term deposits, although these are still well above where banks can borrow in the institutional market, reflecting the desirability of term deposits due to their ‘stickiness’. ........
This document has been prepared by FIIG Investment Strategy Group. Opinions expressed may differ from those of FIIG Credit Research. The contents of this document are copyright. Other than under the Copyright Act 1968 (Cth), no part of it may be reproduced, distributed or provided to a third party without FIIG’s prior written permission other than to the recipient’s accountants, tax advisors and lawyers for the purpose of the recipient obtaining advice prior to making any investment decision. FIIG asserts all of its intellectual property rights in relation to this document and reserves its rights to prosecute for breaches of those rights. FIIG Securities Limited (‘FIIG’) provides general financial product advice only. As a result, this document, and any information or advice, has been provided by FIIG without taking account of your objectives, financial situation and needs. FIIG’s AFS Licence does not authorise it to give personal advice. Because of this, you should, before acting on any advice from FIIG, consider the appropriateness of the advice, having regard to your objectives, financial situation and needs. If this document, or any advice, relates to the acquisition, or possible acquisition, of a particular financial product, you should obtain a product disclosure statement relating to the product and consider the statement before making any decision about whether to acquire the product. Neither FIIG, nor any of its directors, authorised representatives, employees, or agents, makes any representation or warranty as to the reliability, accuracy, or completeness, of this document or any advice. Nor do they accept any liability or responsibility arising in any way (including negligence) for errors in, or omissions from, this document or advice. FIIG, its staff and related parties earn fees and revenue from dealing in the securities as principal or otherwise and may have an interest in any securities mentioned in this document. Any reference to credit ratings of companies, entities or financial products must only be relied upon by a ‘wholesale client’ as that term is defined in section 761G of the Corporations Act 2001 (Cth). FIIG strongly recommends that you seek independent accounting, financial, taxation, and legal advice, tailored to your specific objectives, financial situation or needs, prior to making any investment decision. FIIG does not provide tax advice and is not a registered tax agent or tax (financial) advisor, nor are any of FIIG’s staff or authorised representatives. FIIG does not make a market in the securities or products that may be referred to in this document. A copy of FIIG’s current Financial Services Guide is available at www.fiig.com.au/fsg. An investment in notes or corporate bonds should not be compared to a bank deposit. Notes and corporate bonds have a greater risk of loss of some or all of an investor’s capital when compared to bank deposits. Past performance of any product described on any communication from FIIG is not a reliable indication of future performance. Forecasts contained in this document are predictive in character and based on assumptions such as a 2.5% p.a. assumed rate of inflation, foreign exchange rates or forward interest rate curves generally available at the time and no reliance should be placed on the accuracy of any forecast information. The actual results may differ substantially from the forecasts and are subject to change without further notice. FIIG is not licensed to provide foreign exchange hedging or deal in foreign exchange contracts services. FIIG may quote to you an estimated yield when you purchase a bond. This yield may be calculated by FIIG on either A) a yield to maturity date basis; or B) a yield to early redemption date basis. Some bond issuances include multiple early redemption dates and prices, therefore the realised yield earned by you on the bond may differ from the yield estimated or quoted by FIIG at the time of your purchase. The information in this document is strictly confidential. If you are not the intended recipient of the information contained in this document, you may not disclose or use the information in any way. No liability is accepted for any unauthorised use of the information contained in this document. FIIG is the owner of the copyright material in this document unless otherwise specified.
save

Get investment ideas from Jonathan Sheridan when you sign up to Livewire Markets.