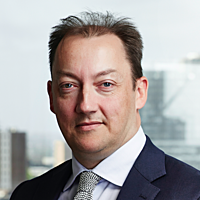 The purpose of this analysis is to explore the risks and opportunities that come with what we call the ‘Modern Day Disruptors’. More specifically, we will look at the potential winners and losers from the perspective of a global equity investor and aim to answer the most important question: Will they represent a net positive, or a negative, for investors?

What is a Modern Day Disruptor?

In essence, they are a broad assortment of very well-known companies that have changed the way we go about our everyday lives. We would suggest they all have one or more of the following attributes:

While the list of companies that fit this description is both fluid and growing – we would highlight the following companies as a representative basket: Amazon, Airbnb, Apple, Facebook, Alphabet, LinkedIn, Netflix, Tesla and Uber.

Before we explore the ongoing potential impact of these disruptors – we want to first look at a recent example of a ‘disruption’. Apple, is arguably one of the most meaningful disruptors in recent times – more specifically, they have also been one of the most profitable. While their accomplishments are well known to all, what is interesting is the net impact their ‘disruption’ has had on the broader market.

When we look at the earnings and share price performance of the ‘disruptor’ / Apple, and some of the well known ‘disruptees’ / Nokia, Sony, Ericsson, Blackberry/RIM over the last 10 years, we find some interesting results:

When we take a close look at the change in the operating profit pool within the smartphone OEM business, we see that Apple’s share went from zero in 2007 (when the iPhone was launched) to more than 85% today. The biggest loser of all being Nokia who once had claim to ~70% share.

The point being that Apple represents an example of a company that through innovation, was able to severely disrupt an existing industry and do so very profitably.

How the Disruptors compete with traditional players

The disruptors have demonstrated an ability to take market share from traditional players in their respective markets by offering consumers better price transparency and convenience. They have also forced the disruptees to invest in additional capabilities to remain relevant while simultaneously taking market share. The most obvious example being the U.S. department store industry, where despite their best efforts to offer customers an Omni-channel shopping experience, the likes of Amazon have steadily consumed market share. The net result for the department stores being that their returns on invested capital have been steadily declining.

Who is vulnerable and what it means for index constituents

The table below highlights some of the GICS sub-industries which we believe are susceptible to ongoing competitive disruption. The list is by no means exhaustive and will no doubt continue to grow over time.

What is interesting is that the collective weight of these sub-industriess is 8.58%, and while we are not suggesting these industries disappear – we suspect that as a group they will face ongoing earnings pressure in the coming years.

If we focus our attention on the U.S. retail space, we would note that eCommerce penetration in the U.S. has steadily grown over the last 15 years, and actually accelerated in the last 2-3 years. Clearly Amazon’s extremely aggressive growth ambitions have played a role in this expansion, but we would also point to the changing demographics amongst online shoppers. Most interesting to us is that the age demographic with the highest propensity to spend (35 – 54) now represents 47% of all online shoppers, while 26.7% are 55 or older. We would suggest that this demographic shift at least partly explains the recent acceleration in eCommerce penetration. Most investors would assume that the management of these companies are doing everything they can to build companies that consistently generate high returns on investment for investors. In the case of the disruptors however, in many cases it would seem that market share gain is the primary motivation of the management teams.

If we use Amazon again as an example, they have seemingly made a very deliberate decision to continue spending almost everything they earn to cement their share of the U.S. consumers wallet. While this strategy may eventually result in huge profits for the company, in the near term it means that shareholders do not share in the spoils by way of profits.

The point is that Amazon is essentially running the business for the betterment of consumers not shareholders. While the stock price has performed extremely well over a long period of time, history would tell us that eventually stock prices and earnings correlate.

Some of the Disruptors are able to run their companies this way because they are run by visionary CEO’s with huge fortunes and personal stakes in the companies they run. While CEO’s at most listed companies are savaged by activist shareholders when they miss an earnings number or make an acquisition that didn’t turn out to be quite as accretive as first thought, the leaders of the disruptors run their businesses almost without challenge from minority shareholders.

Do any of the Disruptors fit the ‘Quality’ mould?

Assuming that we were to use consistently high levels of return on capital as a metric by which to measure corporate quality, the results are a little mixed amongst the major global disruptors.

As far as we can tell, the likes of Amazon, Airbnb, LinkedIn, Tesla and Uber deliver pretty mediocre returns on capital (<2%), which we feel is far from compelling from an investment perspective.

On the other hand, companies like Apple, Alphabet, Mastercard, Visa and Manhattan Associates have delivered a healthy average Return on capital of 30.2% for the last three years.

The point being that while all of the aforementioned disruptors have built market share at the expense of other companies, their gain doesn’t necessarily mean they have become powerful businesses. Hence investors need to be very careful when considering disruptors for their portfolios.

Will the disruptors be a net positive or negative for Global equity investors?

At this stage, it would seem the negative impact on incumbent companies will outweigh the collective net profit gain from the disruptees.

Profitability at the disruptors should improve as they build scale and penetration… but it remains unclear when and where earnings will peak.

The ‘profit pain’ being felt by the disruptees looks like it will accelerate.

How should investors position themselves?

Ned Bell is Chief Investment Officer and Portfolio Manager at Bell Asset Management (“BAM”) and is also a shareholder. Ned has 20 years of experience in the investment management industry in the US and in Australia managing retail and...

Get investment ideas from Ned Bell when you sign up to Livewire Markets.