In the world of investing, there is always plenty of chatter about what a "quality" company looks like. Almost everyone would probably agree that profitability is a key metric for a quality investment - but what about management teams or favourable macro factors or even ESG?

To Ned Bell of Bell Asset Management, all these rules apply and more. He always looks to sustainability and consistency as his north stars when seeking new opportunities. Consistency in company capital distribution, a lack of cyclicality in revenue streams, and a slew of business drivers going for balance sheets are among the key attributes he highlights in this latest edition of Expert Insights.

But as cycles change so do the opportunities and more fund managers are telling us they want to keep a healthy amount of cash on the sidelines for buying opportunities.

That's not the case for Bell and his team. Their portfolios currently hold just 1% cash. So, how is he harnessing any changes in valuations or the environment? Bell tells us it's all about selling out and reinvesting into new base cases.

Listen in for the companies he utilised to make the trade, plus what he says will be a return to "traditional investing disciplines". 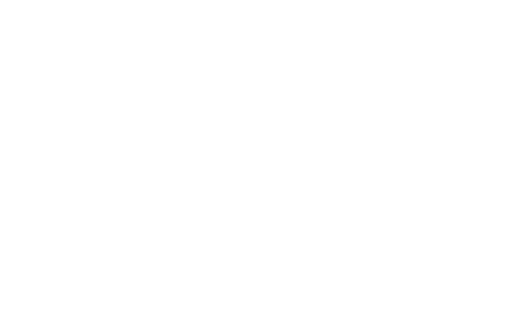 What do you look for in a quality company?

So it's those six factors. So if we think about, say LVMH. So management teams, Bernhard, I know has been one of the best allocators of capital within the luxury space globally for as long as I can remember. I mean, them and Hermes are just so far ahead of the other businesses, it's a bit of a joke. And then comes down to, again, the franchise. And you only need to look at Louis Vuitton, Moet Hennessy, everything within that portfolio has got its own quite unique franchise that is frankly, pretty economically insensitive by nature of the customers. And then with that comes great return on capital.

I mean, they're very high return on capital businesses. They don't require massive amounts of regeneration, in terms of the actual products themselves. The balance sheet's fantastic. They've deployed capital really well. They've gone into the jewellery space a bit more recently. They bought Bulgari a couple of years ago as their first foray. More recently, they've gone into Tiffany, which is obviously a much larger jewellery business that needs some renovation done to it, but I think you can back them to do that. And then from a business driver's perspective, it's interesting, but with the luxury part of the market, you find that there's, contrary to what people think, there's far less cyclicality because of the nature and the price points of the products, that most of their customers are almost, they're just almost totally insensitive to what's happening in the economy more generally. So I think that's a good example. I think that fits out the quality framework.

How big is your investable universe?

When we look at our all-cap universe of companies that are investible that go through our quality tests, there's 250 pass that test, about 100 of those are large cap, 150 small midcap.

And they don't change that much. There might be 10 names that would come and go each year. So we get to know the companies really well over a long period of time. And that's a really important part of what we do.

As a result of that, when you do get these dislocation events in markets, like in Q1 2020 and now, I think we're in a better position to differentiate between when there's a true disconnect between quality and value, versus just a flat out value trap.

So I think having that, I mean, this is our 20th year, so having a 20-year history with these companies, puts us in a really good position.

How does macro play into your investment thinking?

If we think about, if we back up the clock to say September, October last year when the global economy was still motoring along pretty nicely, the industrial sector was getting a fair way ahead of itself. And we resisted the temptation to move in.

Because at that point we were seeing that China was slowing pretty drastically, frankly, led by the property market.  I mean the property market in China is around 21% of the economy. And so, as that slows, compared to I think the US housing market was about 15% of GDP prior to the time of the GFC. So the Chinese property market slowing is a big deal.

Reallocating when you see better value

You follow the old buy low, sell high routine. So for example, this year we've had, because we're quite well balanced and we've had some more of our defensive type stocks do really well. So for example, we sold positions in Hershey, the confectionary company, which did really well. Not only that the company is doing well, but just obviously a flight to quality. Also Cerner, it's a healthcare services company, a software business that was taken at by Oracle. So we sold those two positions and funded several other names that were brought into the portfolio after big drawdowns actually.

If we think about the six names that we've introduced this year, two of them, we've never owned before, four we've owned before. But on average, they were down about 40%. So it's literally a case of trimming the names that have done well and relocating where you can see better value.

Rewards from investment discipline when the market turns

We've been saying to clients for the last couple of months that we're coming out of a three year period where investment disciplines were not rewarded by the market at all. So if you had any valuation discipline, not rewarded.

If you only invested in companies that are very profitable and don't have much leverage, you weren't really rewarded. And that is going to be the complete opposite in the next three years.

So if you think about the next three years, again, it's going to be dictated by persistently high inflation, rising interest rates. That bodes incredibly well for not only quality more generally, but just for the idea that you see. We'll see more companies get oversold. And that is happening literally as we speak. As we're going through earning season now, you see these quite big reactions to results, which actually are still pretty good.

The results themselves are fine. But you're finding that because a lot of these stocks, they got so overbought, the multiple compression is a lot larger. And the reality is that it's the next buying level of those names has still got a ways to go. So I think that's an interesting transition. Because obviously growth did so well for so long, but the question is, it's like where is the next level of buyer? Because for some of these stocks, it feels like... If you can make the analogy of something jumping off a building, it's like they jumped off at floor 30, they're on the 15th floor now, but the value buyers are down on the fifth floor, so there's still a ways to go. And that's why you're seeing such large drawdowns. So when you see Netflixes and Meta of the world, I mean, they're just having massive drawdowns because there's no fundamental buyers there.

Active management comes into its own when volatility is up

This is where it really comes into its fore. I mean, volatility, that's when active managers, if they're doing their job properly, that's when they should be generating the most alpha for their clients. And I think, ironically that's happened just when all these super funds have gone passive, but that's the way it is. So I think active management is poised for a fantastic three to five year period, frankly. And again, it's when we're finding great opportunities falling into our laps, that is usually followed by several years of good alpha generation. And that's how we feel about markets now.

Ned believes that a portfolio of very high-quality businesses will deliver above average returns over the medium to long term. For more information on where he is finding the most compelling opportunities visit Bell Asset Management's website.

David is a content editor at Livewire Markets. He currently hosts The Rules of Investing, a half our podcast where he sits down with leading experts across equities, fixed income and macro.