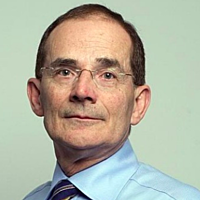 This financial year proved to be another up-and-down one for the Australian share market, albeit with smaller swings than we have had at times since the global financial crisis. All up, the share market is likely to remain volatile but we believe that it still represents good value and in this wire, we reiterate our ‘Champion Stocks'.

Most global markets remained volatile in the first half of FY19 as investors grappled with a softer global macroeconomic outlook and the long-running US-China trade dispute along with Brexit negotiations.

Nevertheless, global markets then staged a solid and pronounced rebound as the concerns eased somewhat, along with increasing hopes of stimulus by central banks to avoid an economic slowdown.

After declining around 12% in the first six months to a low of 5,468 points on 21 December 2018, the S&P/ASX 200 recovered strongly in the last two quarters of FY19 on the back of a rally in most sectors and record low interest rates and bond yields.

The Australian share market finished the fiscal 2019 year at 6,619 points, up 6.8% with the Communication Services and Information Technology sectors the standouts— rallying 35% and 18% respectively.

The latest Australian GDP data showed the economy slowed in the March 2019 quarter from 2.4% to 1.8% y/y despite stronger exports and government spending. The growth in household spending deteriorated and residential construction activity weakened. Underlying inflation at 1.4% continued to remain below the RBA’s target rate of between 2% and 3%.

During the course of fiscal 2019 the Australian Dollar fell from ~US74 cents to ~ US68.5 cents in mid-June 2019 (its lowest level in 10 years) before recovering to the current US70 cents as the effects of global growth concerns, low interest rates and commodity prices played off against each other.

The world economy is forecast to grow by 2.9% in 2019 and 2.8% in 2020. As regards the Australian economy, we forecast growth of 2.0% in 2019 and then 2.6% in 2020 as non-mining investment growth and infrastructure spending offset weaker housing and relatively weak growth in household spending.

Looking ahead, investors are likely to remain cautious on the back of geopolitical developments as well as the timing of a final trade deal resolution between the US and China. At the current G20 summit meeting in Osaka, both US President Donald Trump and China's Xi Jinping agreed to de-escalate the ongoing dispute and resume amicable negotiations.

On a positive note, the US Fed has signalled moving to a more accommodative monetary policy stance as it continues to closely monitor the economic data. Likewise, the European Central Bank (ECB) and other central banks have also flagged stepping in to adjust their monetary policies including lower interest rates to provide support if the economic data continues a downward trend.

Against this economic and political background, the Australian share market is currently valued on a forward consensus price earnings (PE) ratio of 15.6x, which is 7% above the long term average of 14.6x. The forward consensus dividend yield for the Australian share market is an attractive 4.5% (80% franked) —or 6.0% grossed-up. This continues to attract investors searching for yield as this dividend yield is substantially above the current 90-day bank bill rate of 1.20%, the 12-month term deposit rates of around 1.90%, and the 10-year bond yield of 1.32%.

Champion Stocks all have a long term positive thematic, which should drive superior earnings growth and shareholder value over the coming years, notwithstanding inevitable disruptions in the economic and investment environment as well as some corporate stumbles from time to time.

Therefore, we are not particularly concerned about the current year’s investment arithmetic or the analyst's twelve-month buy-hold-sell rating. And, of course, the balance sheet ratios must remain strong in order to provide financial support to the positive thematic driver.

Given our long-term view, our Champion Stocks have not changed since our last update, but to reiterate our selection, the stocks are as follows.

After the proposed acquisition of Bemis Company, the combined group will be the global leader in consumer packaging with a footprint encompassing North America, Latin America, Asia Pacific, Europe, Middle East, and Africa. The group offers an attractive combination of defensive earnings in the developed countries with faster growth in emerging markets, which accounted for 30% of group revenue in fiscal 2018.

A financial group comprising a Life Company, which specialises in retirement income products and annuities and accounts for most of the group’s earnings, and a funds management business. As baby boomers continue to move into retirement, it is inevitable that annuities will become a major and rapidly growing product.

An international property and infrastructure group with operations in Australia, Asia, Europe, and the Americas. Its core lines of business are developing, constructing, owning and co-investing in property and infrastructure assets. The international markets offer substantial growth opportunities, especially in the field of urban regeneration—the group’s urbanisation pipeline end value is currently around A$59.3 billion around the world.

One of the world’s largest integrated industrial property groups with operations centred around development, management and ownership throughout Australia, New Zealand, Asia, Europe, United Kingdom, North America, and Brazil. The long term outlook for industrial and logistics properties is favourable given the continuing growth in ecommerce (or on-line retail sales) and the growing middle class in developing countries

A specialist investment platform technology provider in Australia that offers investment management solutions to financial intermediaries, who provide financial advice on superannuation and other investments, and self-directed individuals who have chosen not to seek advice. In recent years, the group has been taking market share from the institutional platform providers such as the major banks and other large diversified financial companies. Looking forward, a structural shift within the wealth management sector from large vertically integrated players towards the more independent players should further boost the group’s growth outlook.

A leading global company in the development, manufacture, and distribution of plasma therapies as well as non-plasma biotherapeutic products. The global growth in plasma volumes is expected to be around a solid 8% per annum for the foreseeable future and, in addition, the group is planning to launch new products from its very extensive Research and Development portfolio.

The world’s third largest pathology provider with significant operations in the USA, United Kingdom, Germany, Switzerland, Belgium, Australia and New Zealand. Against the backdrop of continuing growth in the demand for pathology services over the longer term, the group has further international expansion opportunities in both existing and new geographical markets.

A global logistics company operating in more than 60 countries, which provides reusable pallets, crates and containers for shared use by multiple participants throughout a supply chain under a model known as “pooling”. The group primarily serves defensive growth sectors such as fast-moving consumer goods (dry food, grocery, and health and personal care), fresh produce and beverages. Further expansion into emerging markets should generate additional earnings growth

Peter Quinton joined Bell Potter in 2000 as Head of Research Services. He has over 40 years’ experience in stockbroking, encompassing a number of senior management positions centred on writing and marketing reports on investment strategy and asset...

m
mark ridhalgh
3rd Jul, 19
Why are these champion stocks? Over the last year a portfolio of these stocks would be unlikely to match the index
S
Stan Mc Donald
3rd Jul, 19
For Sonic Health Care is there any reason for the five years of big mid-year price rises followed by and end-of year drop ?

Get investment ideas from Peter Quinton when you sign up to Livewire Markets.