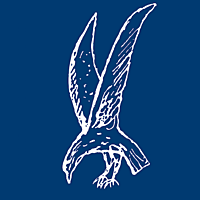 Peter Hall, Chief Investment Officer at Hunter Hall, says that the current investing backdrop presents investors with a 'very worrying' environment in which to preserve and grow capital. He highlights four key geopolitical and economic risks that underpin his position. Specifically, he says the upcoming US election is a major event of concern. “There’s a serious risk that Donald Trump becomes President of The United States. If he does become President that will upset the whole balance of international trade and the geopolitical balance of power. He’s basically an isolationist and that’s a terrible disaster waiting to happen.” Hall says that central banks are becoming ineffective and that negative rates have continued to distort valuations across all major asset classes. “I think the backdrop is very worrying and it is a time to be cautious.” Watch the video for more detail and where he is finding opportunities.

Get investment ideas from Hunter Hall when you sign up to Livewire Markets.