RBA Cash Rate: From Crowning Glory to Fight For Survival 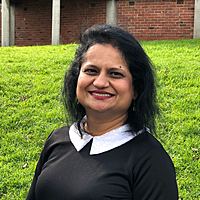 The Reserve Bank of Australia’s cash rate, once its crowning glory, is at risk of becoming obsolete as a sharp surge in liquidity has resulted in interbank overnight volume being too low to meet the standard to calculate the rate.

As a result, on two occasions in the past week, the RBA has had to rely on fallback provisions and record the cash rate based on the last published rate.

CLEAN RECORD OF OVER 10 YEARS

For over ten years, the RBA had unblemished record of achieving the cash rate exactly equal to its target. From 21 January 2010 to 24 March 2020 every single day, the RBA’s cash rate was equal to the target.

Since then the cash rate has traded below the 0.25% target because of ample liquidity in the system. While the RBA refers to the cash rate target as a single 0.25%, in reality it considers it as a range like the Federal Reserve but narrower -- 0.10% to 0.25%.

The cash rate is calculated based on transactions in the interbank overnight market. Typically, the volume has ranged from A$1.7 billion to A$17 billion, but in recent weeks it dropped sharply.

On two occasions this week, volume fell below the A$500 million (A$277 million on Tuesday and A$335 million on Thursday) minimum threshold that is required to calculate the rate.

In such a situation, the RBA uses what it calls “Expert Judgement” to set the cash rate. Such a judgement can be made by Head of Domestic Markets or their Deputy, or the Assistant Governor for Financial Markets.

On both these occasions, the cash rate was recorded as the last cash rate published from the previous day.

When the RBA lowered the cash rate target to a record low 0.25% in March, and announced bond-buying, longer-term repos and term liquidity facility, it anticipated that achieving the rate at the target would no longer be possible.

The old fallback was to use the cash rate target but now it can be the last published rate or a new cash rate target announced by the RBA board or another rate that reflects the interest rate relevant to overnight unsecured funds.

On the two occasions the RBA used the fallback provisions, it used the last published rate.

What happens when the last published rate is also a fallback rate? Or when volume is consistently below the A$500 million threshold?

Could the 10bps interest rate on Exchange Settlement balances become the cash rate?