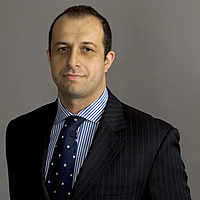 With reporting season over, the bull market in growth equities rolls on. The “expectations game” that has long permeated US equities has firmly taken root in Australia as well. Actual results seem less important than whether a company beats short term expectations regardless of whether P/Es are 10x or 200x. Investors continue to reward many of the “hope” stocks in the WAAAX cohort (Wisetech, Appen, Afterpay, Altium and Xero) that just exceed guidance but have punished or largely ignored other businesses with similar results.

The market offered a perfect case study in August. Tech darling WiseTech delivered a profit of $54.1m vs expectations of $53.6m (Source: FactSet). How much was this $500,000 above expectations worth? About $3 billion according to the market which sent the stock surging from $27 to $37 since the result, or from $8.6 billion to $11.9 billion in market value. Sure, profits were up strongly, but the market had already factored this into the eye watering P/E multiple. Such a small amount above expectations being so richly rewarded seems puzzling. WiseTech now trades at 211x earnings.

WiseTech generated just $54.1m on revenue of $348.3m and most of the growth is via acquisition. Yet it is worth almost $1.5 billion more than a monopolistic business (Tabcorp has monopolies on lotteries in every state except WA) which generated more than 7 times the profit on nearly 16 times the revenue; $397.6m on $5.48 billion.

Think about that for a moment. A company without any special business moats protecting its competetive advantage, hard assets, licence, monopoly or significant breakthrough technology, is worth close to $1.5 billion more than a company with sixteen times the revenue, seven times the earnings and the exclusive licence to operate lotteries in virtually all the states of Australia. Indeed, the lotteries is becoming even more of a cash machine with lottery revenue up 31% in H2 2019. Digital sales rose from 16.8% in FY2018 to 25.5% helping to drive a big increase in margins. These are the growth metrics that tech investors assign enormous multiples too, but Tabcorp’s share price remains fairly subdued.

Elsewhere, Unibail-Rodamco-Westfield trades at less than 10x forward earnings and has a dividend yield of 8.8%, nearly ten times the 10-year bond yield. The company owns prime shopping mall assets, virtually impossible to replicate, around the world. Retail is under pressure, but not that much pressure, and the company has billions in non-core assets to sell to optimise gearing and maintain its dividend. Yet nobody wants to own the stock and it languishes 35% below the price of June 2018.

This does not make sense. Yet it is happening in real time. And it’s not even that unique - it has happened before. Davnet was once worth more than Qantas in the tech boom 20 years ago. Ask anyone under 30 if they’ve ever heard of Davnet; it disappeared two decades ago without a trace. But Qantas survives and thrives a century after its birth.

We are fast entering a period, as Mark Twain once said, where a return of capital is as critical as a return on capital. Undoubtedly some companies just won’t make it through the cycle or risk major share price reversals.

History doesn’t repeat but it rhymes a lot. We are sticking to companies with real assets and tangible value rather than intangible assets that can disappear overnight.

Liquidity, correlations and central banks yet to be tested

One thing investors will need to grapple with the next time the market rhymes is liquidity. Liquidity is like oxygen. Investors take it for granted that it will always be there, but when it isn’t those that don’t have it find out quickly.

One reason there has been little focus on this issue is that central banks have appeared to provide so much of it. But for how long, especially as they have sought to reverse it? Vitally, central banks have delivered great liquidity over the last decade but at the expense of volatility.

On the surface this central bank suppression of volatility seems good but is it seemingly setting the market up for more aggressive volatility events down the track? This is especially relevant because so many of the traditional sources of liquidity that would otherwise step in have dried up.

With regulations post the GFC, like the Volcker Rule, shutting down so many market participants (especially the proprietary trading desks at the banks) much of the traditional source of liquidity has disappeared.

Brokers, dealers or market makers used to step in and provide liquidity when others were selling. But if current buyers all decide to sell, who will fill the gap to stop prices declining sharply? Quantitative funds have shown a tendency to step back when prices drop. Instead of eliminating volatility central banks might have just saved it up for larger and more disruptive sell-offs. This is one of the many conundrums to be resolved by the current market.

Lastly, correlations between asset classes are high; not just equities but cars to coins to art and gems, everything has had a major price run. Normally there would be some place to hide. But not even bonds offer the usual protection as the markets and central banks drive bonds into negative yield territory. Even some high yield debt, formerly known as junk bonds, are trading on negative yields.

Central banks are entering a dangerous new phase. Binyamin Applebaum recently wrote in his latest book that JFK’s Treasury Secretary Doug Dillon refused to let academic economists get too involved in treasury matters and William McChesney Martin (the Fed Chair at the time), also refused to let them get too involved, both considering them too academic for pragmatic decision making.

Recently though, theory has dominated monetary decision making, some considering the whole of the last decade a giant monetary experiment. Whilst Trump did not renew Dr Yellen’s contract, he replaced her with Jerome Powell, who is a lawyer by training but has a long history in investment banking and marks a clear departure from academia. Meanwhile, the European Central Bank has ditched a long line of professional economists in favour of a politician. Whether these are the right moves only time will tell but it may be that some of the academic experiments of recent years may be ending and the time of policy pragmatism may be coming back.

Our strategy is to create a concentrated and actively managed portfolio of Australian securities with typically a mid-cap focus and global listed securities. Find out more by clicking 'contact'below, or hit 'follow' to be the first to receive our latest Livewire insights.