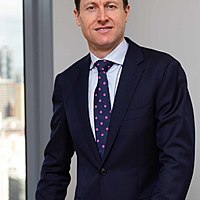 In January 2017 Providence published a whitepaper on Long Term Returns. At the time we suggested that Long Term returns from a traditional balanced portfolio were likely to be structurally lower than the last 30 years. The whitepaper contended that suppressed levels of global economic growth, due to lower productivity, demographic changes and unconventional monetary policy would see subdued inflation in the medium term. We concluded that cash rates were therefore likely to remain accommodative and bond rates would also reflect this. As such, without adjusting return expectations, a more aggressive investment stance would be required by an investor to meet previous aspirational return goals. We cited multiple and parallel imbalances across the globe that would likely impact returns, including demographics, income inequality and excessive debt levels (which have continued to grow). These imbalances we concluded, would likely feed into an increasing prospect of a sustained period of low inflation and low cash and bond yields. The likely output of such a scenario painted at the time was for a lower level of returns from all asset classes vs. what investor had become accustomed to. We also concluded that the neutral rate of interest that would entice increased investment and spending would be lower than previous levels.

Given the substantial increases in global debt over the last few decades, we observed that the marginal economics at the time from each additional dollar of debt had narrowed significantly. By way of example, since the year 2000, in the USA each additional 1% increase in total debt was associated with 0.7% nominal GDP growth and 0.3% real growth (arguably lower again by now). By comparison, this compared to ~1% nominal and 0.6% real growth for each 1% increase in debt in the USA between 1050-1980. Debt fuelled buy-backs has been a large contributor to eps growth in more recent years in the US. We noted that buy-backs favour the shareholder in the short term (and arguably executives). They are however, an unproductive use of debt longer-term and do not assist in generating economic growth or future returns or improve productivity. One of the missing links in the USA at present is genuine spending by the consumer despite many calls as to how robust the US household is at present. Indeed in 2017, we noted that higher savings comes at the cost of short-term economic growth. And yet, household debt in the US is now down to ~99% of disposable income and debt servicing costs represent ~10% of disposable income, the lowest level in 45 years.*

We concluded that global central banks had kicked the can too far down the road and are stuck in unconventional policy that will leave them no option but to keep interest rates lower for longer. And further, that higher equity valuations were thus justified as a result of much lower discount rates used in DCF calculations. Given that bond yields are a function of economic growth and have been manipulated due to the unconventional monetary policy tools used post the GFC, justifying higher valuations based purely on this we deemed as dangerous. What we perhaps did not fully appreciate at the time was how significant the push into more riskier asset classes (equities) on the basis of lower risk free calculations on the back of lower bond yields would ultimately be despite the nuances linked to the assumptions (what happens to valuations when bond rates ultimately rise). And now investors, faced with falling defensive asset class income producing returns, are being further enticed to equities and other and in some instances, much higher risk investments, as the chase for yield continues.

“The expectations of lower returns from certain asset classes for a standard balanced fund are likely to be reduced – forcing investors to allocate to riskier assets or accept lower returns”.

The full Whitepaper can be read at:

With 25 years of investment market experience, James holds the position of Senior Investment Adviser for Providence Independent Investment Advisory, founded in 2000 and is responsible for Melbourne clients of the firm.

Get investment ideas from James Smith when you sign up to Livewire Markets.