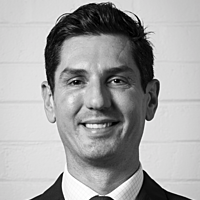 If you’re searching for value in the Australian market, it may be worth taking a look at Seven Group Holdings (ASX:SVW). With a stable of businesses leveraged to mining, infrastructure and energy investment, we think the company will continue to provide robust returns for some time to come.

SVW is a core position in the Montgomery Small Companies Fund because we believe it fits our investment process particularly well. SVW represents a high-quality small cap play on three attractive investment themes, each with improving fundamentals – resources capex, east coast infrastructure spend and east coast gas. The primary operating businesses are clear leaders in their respective markets, and we rate the management who are closely aligned and have created material value for shareholders over time. Further, the balance sheet retains significant optionality and we continue to see valuation as compelling. Our year-forward valuation is $25.

The Group was formed in 2010 via the merger between Seven Network and WesTrac Holdings. Today, the operating and investment Group has interests diversified across the industrial services, energy and media sectors. The portfolio comprises two key, wholly owned operating assets, WesTrac Australia and Coates Hire (which together account for roughly three quarters of our valuation), as well as various other listed and unlisted investments, including Beach Energy (ASX:BPT, SVW 29 per cent), SGH Energy and Seven West Media (ASX:SWM, SVW 41 per cent). SVW has a $7 billion market cap, however the free float is substantially reduced by Kerry Stokes’ controlling 61 per cent stake.

SVW management describes themselves as ‘disciplined value investors’ – they don’t acquire for the sake of growth, rather they seek opportunities in areas where they have deep expertise and where they see the potential to create real value for shareholders. We also like their strategy of continuing to invest in their businesses through the cycle, improving their competitive edge and ultimately increasing their leverage to the next market upturn. Looking forward, the $800 million-dollar investment portfolio (which excludes the $1.7 billion Beach stake) provides ample balance sheet flexibility for SVW to pursue additional verticals should opportunities arise – healthcare, aged care, education and water remain stated target areas.

WesTrac – the jewel in the Seven crown

From our perspective, the jewel in the crown is WesTrac, the sole authorised dealer of Caterpillar (USA:CAT) equipment in WA, NSW and the ACT. With annual revenues exceeding $3 billion (FY19a), WesTrac is one of the largest global Caterpillar dealers measured by sales. The business exclusively sells Caterpillar capital products (mining dump trucks, excavators, draglines, underground longwalls etc) and provides product support (aftermarket parts and service) to customers such as BHP, Rio Tinto, Fortescue, CIMIC, and Roy Hill operating within its resource-rich jurisdictions.

Kerry Stokes’s Australian Capital Equity (ACE) acquired the Caterpillar distributor back in 1990 and merged the business into the Group in 2010.

WesTrac is arguably the best quality mining services company in the domestic small caps universe. Caterpillar’s technical leadership in heavy mining equipment provides WesTrac with a strong competitive advantage while the dealership business model is significantly less capital intensive relative to many mining services peers (working capital business, not capex). Additionally, demand is driven by mining production volumes rather than more volatile, earlier stage exploration and development. Another attraction is the recurring nature of the higher-margin product support business (71 per cent of FY19a revenues) which tends to grow with the expanding installed equipment base (known as the ‘car parc’).

So where are we right now in the domestic mining cycle? According to SVW, the market presently looks to be in a healthy and sustainable mid-cycle position – clients are seeking to sustain and marginally grow production output, rather than rapidly expand at any cost (bull cycle) or reduce volumes to preserve cashflows (bear cycle). A sustained mid-cycle represents a favourable operating environment for WesTrac as clients will invest in new mines to maintain their production volumes (which requires new gear) whilst remaining firmly focused on cost optimisation (sweating assets harder, driving maintenance work).

We see several factors as supportive of a sustained mid-cycle environment for WesTrac with some upside risk of perhaps a stronger cycle.

Firstly, the backdrop for global trade and commodities has improved on the back of the Phase One trade deal between the US and China, a Brexit resolution and the increasing likelihood of China stimulating its economy via additional infrastructure investment. Persistent, ultra-low global interest rates also bode quite well for commodity prices and therefore, mining volumes.

Secondly, as discussed, all three major Australian iron ore producers (BHP, Rio Tinto and Fortescue) have announced multi-billion-dollar new mine development projects required to sustain current production levels (existing mines are depleting so new mines are needed just to stand still). The majors also have a healthy pipeline of other projects in various stages of approval which will marginally expand production volumes, another encouraging sign for future equipment demand. We expect WesTrac to at least win its share of new equipment orders associated with this pipeline which should underpin three to four years of solid earnings growth for the business.

Thirdly, while the major miners prefer ordering new kit to fit out new mine developments, existing mining assets are typically being run much harder with the average age of the installed equipment base now greater than 10 years. Asset life extension involves more frequent servicing as well as complete rebuilds and overhauls which is driving strong demand for WesTrac’s product support business. Product support margins are materially higher than for equipment sales so this mix shift is margin accretive.

Finally, major miners continue to seek out operating and cost efficiency gains and Caterpillar is at the forefront of autonomous equipment technology. As such, WesTrac is seeing a solid level of enquiries and committed orders for new installed and retro-fitted autonomous technology. For example, the company is working with RIO on its new Koodaideri ‘Mine of the Future’ to supply an entire fleet of autonomous 793F trucks and ancillary equipment. The structural shift towards autonomous mining remains in its infancy, offering meaningful upside potential for WesTrac to prosecute over a multi-year time frame.

The outlook for Coates Hire is also positive – we believe the business is well positioned to benefit from an anticipated strengthening of the east coast infrastructure investment cycle over the coming years.

Coates is Australia’s largest equipment hire company servicing the domestic construction and resources markets from a network of 160 branches. Generating annual revenues of around $1 billion and with $2 billion worth of assets on its books, Coates is estimated to have about 20-25 per cent market share, being roughly four times larger than the next biggest player. Key customers include CIMIC, Lend Lease, John Holland, Downer and BMD Group. The business is diversified with no client typically representing more than 3 per cent of revenues (reduces potential adverse impacts from specific project issues).

The company has a long operating history dating back to the late 1800s and was previously listed on the ASX. In 2008, SVW (via National Hire Group) and private equity player, Carlyle Group, acquired and de-listed Coates with SVW buying out the remaining 53 per cent from Carlyle in 2017.

Coates is predominantly driven by ‘horizontal’ infrastructure investment, such as transport network development – the business has immaterial exposure to ‘vertical’ residential construction activity. The domestic equipment hire industry is highly competitive, fragmented and has relatively low barriers to entry. Returns on capital are a direct function of asset utilisation – maximising hire equipment utilisation is consequently a key internal focus point for Coates management. Coates looks to maintain its leadership by strategically having the right gear available in the right markets, and at the right price. This strategy requires ongoing investment in both equipment and technology and Coates has accelerated its capex profile in recent years to better capitalise on the improving demand outlook.

As outlined in SVW’s November 2019 AGM presentation, the near-term outlook for the domestic infrastructure market remains mixed, with FY20 predicted to see growth in WA while project delays will likely result in a flat east coast outcome. These delayed projects reportedly haven’t gone away, rather they have slipped into FY21 which should drive a steepening of the activity curve and a substantial uplift in Coates’ earnings growth from FY21 through to FY24.

BIS Oxford Economics forecasts a strong and improving outlook with major transport infrastructure investment increasing from around $10 billion in FY20 to a peak of $16 billion in FY23 (based on projects worth over $2 billion). Some of the major projects either underway or in the pipeline include WestConnex, Sydney Metro, Melbourne Metro Tunnel, Melbourne to Brisbane Inland Rail, and Western Sydney Airport.

A robust medium-term outlook for public and private infrastructure investment in Australia is underpinned by our growing population, soft domestic economy and historically low funding costs. Australia’s population grew 17 per cent over the past decade, more than double the OCED average, with two thirds of the growth occurring in our three largest population areas of Sydney, Melbourne and South East Queensland. We have undoubtedly outgrown our transport networks with congestion costing our capital cities many billions of dollars each year and causing general public discontent. Further, the soft domestic macroeconomic backdrop supports the case for additional stimulus and infrastructure investment is proven to generate economic activity, jobs, corporate profits, tax revenues whilst delivering efficiency gains. Low interest rates also reduce the associated debt costs and lower the investment hurdle rates of such investment.

Material upside exists to our valuation

At its November 2019 AGM, SVW provided FY20 guidance for mid-teens EBIT growth from WesTrac and Coates, driven by continued mining parts demand, growing new equipment orders, continued level of infrastructure activity in NSW/VIC and growth in WA equipment hire. This guidance appears achievable to us and we expect this growth rate to sustain into FY21 with some upside risk from a stronger cyclical upturn (mining and/or infrastructure).

We value SVW at $25 per share using sum-of-the-parts methodology. We arrive at a $5.4 billion valuation for WesTrac ($16 per share, 52 per cent of enterprise value) by ascribing a multiple of 12x to our FY21 EBITDA forecast of $447 million (premium multiple reflects business quality and outlook). We think Coates is worth $2.6 billion ($8 per share, 25 per cent of enterprise value), capitalising our $378 million FY21 EBITDA projection at 7x (SVW paid 6.5x for the remaining 53 per cent stake). The $2.6 billion investment portfolio (including BPT) is valued using mark-to-market and book values. SVW has around $2 billion of net debt (just over 2x FY21 EBITDA) and greater than $1billion funding capacity to pursue target growth opportunities.

The structure of the Group means that investing in SVW inherently involves investing alongside Kerry Stokes and his management team. There are also quite a few moving parts to the equity story. We take some comfort in management’s strong track record of execution and see the synchronised strengthening of the key market cycles driving strong earnings growth over the medium-term.