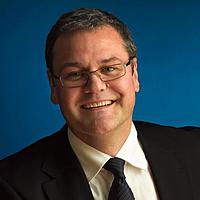 Despite the prevailing conditions, it is our view that the Australian small business landscape is adapting to the rationing of bank capital. Remarkably, last year there were more than 250,000 new Australian businesses formed, and there are now over 2.5 million Australian registered companies.

Accordingly, we would argue that this integral component of the Australian economy has mustered ‘the courage to grow’. By being forced to adjust to prevailing trading conditions, it is apparent to us that Australian small businesses are adopting business models that are less capital intense and more technologically flexible and enabled than their larger established peers.

Given that small businesses have also been stress-tested by adverse economic conditions and restrictive costs of doing business, we believe that economic tailwinds could be a powerful force that drives Australia’s fortunes in the years ahead.

We believe that as economic strength broadens, ambitious small businesses may look to the listed equity market to fund their next phase of capital growth.

We therefore envisage that our Australian funds will be presented with a significant number of IPO opportunities over the coming years.

Mustering the courage to grow

The start of February saw RBA Governor of the Reserve Bank of Australia (RBA), Mr Philip Lowe, give his first speech for 2018 at the A50 Australian Economic Forum. Among other things, Governor Lowe addressed frequently asked queries from global investors affecting the Australian economy. The most pressing issue seemed to be the duration of Australia’s economic expansion relative to other more mature developed economies. On this issue, Governor Lowe stated that:

“One of the facts that visitors to Australia most frequently remark upon is that Australia has experienced 26 years of economic growth. Over those 26 years we have certainly experienced some slowdowns and periods of rising unemployment but this long record of economic expansion and stability is not matched elsewhere among the advanced economies”

The collective view of global investors at the forum appeared to be that Australia’s economic momentum is fatally challenged.

Specifically, should Australia’s economic growth subside, Australia’s high level of household debt would cause an irreversible negative feedback loop. While we share some sympathy for this view, we prefer to believe that Australia is not “ex-growth”.

Less lending to riskier businesses and its effect on the economy

Since the Australian Treasurer announced the final terms of reference for the Financial System Inquiry in December 2013,3 ADIs collectively inflated their capital base by 45%, prompting the curtailment of lending activities. As a consequence, total bank lending growth slowed to 6.0% p.a. and Australia’s nominal GDP growth dropped to 3.4% p.a.

As a comparator, in the 25 years before the Financial System Inquiry, bank loans grew 9.2% p.a. and nominal GDP growth reached 5.9% p.a.

Interestingly, since December 2013, the rate of lending growth in the housing and commercial sectors slowed by 35%. However, there has been a significant change in the composition of commercial lending. Lending growth to big businesses is growing more than three times faster than lending to small businesses.

To us, this outcome suggests that lending capital has been deployed in risk minimisation strategies, instead of the pursuit of entrepreneurship and risktaking activities, which we believe are enablers to further economic growth

Over the past 25 years, Australian businesses with credit outstanding below AU$2 million have endured an average cost of debt 1.3 times greater than the interest rate for business with borrowings above AU$2 million. It is our view that this interest rate differential cannot expand any further. We believe that ADIs have now inflated their capital base to levels that significantly reduce moral hazard risks.