Some thoughts now and then 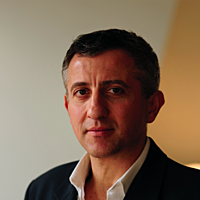 Now GDP is the cumulative amount we all earn through the course of 12 months. It is a flow, and must not be confused with either the total value of assets across the UK or our stock of wealth. With these differences in mind, let us compare and contrast the crisis which hit the world back in 2008, with the one engulfing us now.

Ahead of the ‘08 debacle, the likes of Bradford & Bingley, Northern Rock, HBOS, RBS, and not to forget the ‘foreign’ banks operating in the UK (notably and notoriously those from Ireland and Iceland), all lent, quite literally, over freely. We saw these banks extending residential mortgages for over 100% of the over-valuation of the secured asset, the acceptance of dubious self-certification of incomes on the part of borrowers, and witnessed the ‘carrying’ of euro debt into the buying of sterling assets, when interest rates were lower across the euro-zone than the UK.

Given this toxic monetary cocktail, there was always going to be a denouement. All the more so because, in the years leading up to 2008, the pound itself had been caught in a bout of irrational exuberance. So, when the denouement struck, it exposed how excessive lending had led to excessive property prices and an overvalued pound. The result was covenant breaches and negative equity, and thus banking failures; British, Irish, Icelandic et al. What we awakened to in late ‘08 was the living nightmare that, in aggregate, we had never really enjoyed the collective National Wealth we dreamt we had. With this dawning came the collapse in the velocity of what little cash & near-money we had. Then, in the wake of the crisis, we saw sharp falls in both National Wealth and GDP, as well of course as a sharp fall in sterling, all making us feel far ‘less wealthy’.

To contrast then (meaning '08), with now, one is hard pressed to argue that UK property prices were over-valued entering this crisis. Indeed, that it struck after a period of considerable political uncertainty is, to my mind, evidence enough that rather than Irrational Exuberance, the UK came into this crisis in a state of Rational Listlessness. The latter weighed down on asset prices whilst also proving a weight on sterling. Indeed, if one examines data on household equity, we clearly see how UK families entered this crisis having spent years paying down mortgages, at the same time as property prices edged upwards. Edged higher, one must add, not because of confidence in the future, but despite Brexit-induced uncertainty. Also please bear in mind that whilst the General Election on December 12th was conclusive in regard to Conservative parliamentary seats, it left even more unsettled – in the consensual ‘mind’ at least – the nature of the UK’s post-2020 relationship with the EU and so it's economic outlook.

The reality then is that coming into today's crisis, UK national wealth was as much undervalued as it was overvalued rushing headlong into the 2008 crash. Consider these House Numbers: In the 4 years leading up to the crisis of 2008, the price of an average UK home increased by 38% (over 8% per year), and a still higher 50% when translated into dollars (£1 rose to buying over $2s by 2007). Contrast this to the 4 or so years heading into this crisis: a rise in sterling for an average UK home of 13% (3% per year) and actual declines in dollars and euros. A very different backdrop indeed, one that isn't toxic like 2008, but perhaps opportunistic, if my outlook is believed.

So this is then what I expect: The UK and EU to resolve matters with a pre-deadline deal, and the UK to continue its close economic engagement with a China which emerges strongly from its own stasis with a strong currency. In the event this prognosis is realised, as I am convinced it will, we will reflect back on how UK assets emerged from this crisis having seldom been more attractive. This of course leads us to the thorny issue of the biggest collapse in UK GDP recorded in history.

To recap, I am convinced the UK’s National Wealth will be hit far, far less than it was in the wake of the 2008 shock. This said I also accept that this time the decline in GDP threatens to be far, far worse. I would ask however that we recognise the £350bn loss in UK GDP, likely to be recorded through this ‘recessionary’ crisis, be viewed as a one-off, fleeting blow. For context, if we assume a propensity to spend of 90%, a one-off loss of £350bn in flows, is equivalent to £35bn “not circulating”, or having its velocity stall to zero. The good news is that this works in reverse. As pounds begin once more to circulate in the ‘open’ economy – I will come in a moment to how money is circulating frenetically in the ecommerce ecosystem – so money multipliers will work their magic on GDP, far earlier and stronger than post-2008.

Whereas the collapse in the velocity of money back in 2008/9 could be ascribed to fear and uncertainty for the future, this time around the sharp decline happened because we were locked-in, unable to circulate ourselves, and for that reason unable to circulate our money; certainly not across the we-go-to economy. That said, a circulation of money has most definitely happened within the come-to-me economy. To gauge this one only needs to look at the huge increase in the velocity of money whirling around the internet. We have, in effect, seen a large degree of enforced rather than discretionary saving on the part of Britain’s households.

Finally to employment prospects now from then, I certainly have no doubt that whilst businesses have suffered fatal blows from this crisis, others have done rather nicely from it, and new ones will quickly be born in the place of those that have fallen. So then, in taking stock of the UK economy, this time next year we will realise how much value there was to be had if only we had known as much as now. Of course this is not to suggest there isn’t currently fear and uncertainty for the future; what I am claiming is that it is incomparable to the deep fears which struck us post 2008, and indeed post 1989.