Someone is going to pay for this: Cold War 2.0 sees a new front emerge. 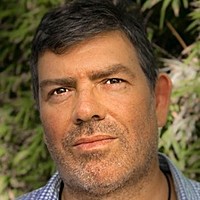 Donald Trump has shrugged off CV19 in the space of days. Something that will only add to his aura for his supporters but apart from his return to health, and the theatrics surrounding his helicopter landing at The White House, what other implications are there?

We are well aware that Trump frames the CV19 pandemic as a ‘Chinese virus’. In his latest press conference, following his successful treatment, he has promised that every American will be able to get the treatment he did for free. What he added was that China would pay a ‘heavy Price’ for unleashing the virus on the world.

This is only going to stoke the 'cold war’2.0 conflict between the two superpowers. Even under Biden, there is no promise of the tensions falling away. Trump and the administration are once again targeting Chinese tech stocks as the bifurcation of East/West tech and the net continues.

Biden’s cry of ‘Build Back Better’ is hopefully going to unleash an infrastructure wave one that has been sorely lacking in the last four years. At least that is the hope.

But Trump and Biden are both hoping to give America an edge in strategic minerals and ensure that any further aggression against Chinese tech cannot risk a reprisal to US tech stocks.

So far, the trade war has not worked.

The US Balance of Trade with China has worsened. The trade gap came in at US$67.1bn in August which was the highest trade deficit since August 2006.

So much for that front and the tariffs imposed.

The administration is now changing tack with the focus on technology and that now includes strategic minerals and rare earths. This has been in the wind for some years as the US declared rare earths as strategic some time ago. Trump though signed an executive order just a few weeks ago, declaring a national emergency in the mining industry aimed at boosting production and reducing dependence on China. It is almost as if the administration is getting its ducks in a row before escalating the rhetoric.

The statement went on to say the “undue reliance on critical minerals constitutes an unusual and extraordinary threat, which has its source in substantial part outside the United States, to the national security, foreign policy, and economy of the United States.”

Lynas (ASX: LYC) is one obvious winner from this shift. We have all heard the maxim that there is nothing rare about rare earths. The rare part is that processing is messy, and few countries want to embrace it. LYC has had its processing facility in Malaysia for some time. It has been a political football and CEO Amanda Lacaze has done a stellar job in negotiating the political landmines associated with the LAMP facility in Kuantan. The input to the plant comes from Mt Weld in WA, which is a low life low-cost, high-quality asset. The LAMP produces neodymium and praseodymium, key ingredients in magnets.

Lynas supplies 20% of the world’s demand for separated Rare Earth products. China is of course the dominant force in rare earths. China provides 80% of the supply of rare earths.

Up until recently, the US had its foot in the door through Molycorp in the Mojave Desert. Five years ago, the company collapsed under a mountain of debt and left the US critically exposed to Chinese supply. Mining was halted.

Given the critical nature of these minerals in such things as weapon systems and fighter planes, the Pentagon has opened its cheque book and agreed to fund MP Materials, privately owned and now the owner of the Molycorp mine, bought for a mere US$20.5m in 2017. Ironically one of the investors in MP is the Chinese group, Shenghe Resources with a near 10% stake.

In tandem with the US funding of MP, it is also funding LYC with a seed program with its US partner Blue Line to process dysprosium and terbium, heavy Rare Earths that currently can only be produced in China. The new project is in Texas and has already become a small political football. Although now seems to be back on track, to design and hopefully build, a Heavy Rare Earths Separation Facility.

The other diversification strategy Lacaze is pursuing, is a new rare earth processing facility in Kalgoorlie. This will value add more diversity although the end product will still need further processing in Malaysia. So not the panacea for local politics.

LYC has had its issues in the past and has had to be bailed out by Japan Oil, Gas and Metals National Corp in 2016. The Japanese were happy to secure guaranteed supply rather than discounted prices after China cut exports in 2010.

LYC has raised US$425m in July this year, to strengthen the balance sheet and interestingly was the subject of a takeover approach from industrial conglomerate Wesfarmers in 2019 pitched at $1.5bn which was soundly rejected by the board, management, and in the end the market and Wesfarmers conceded and threw in the towel. But it did highlight the strategic attraction of LYC.

Some fun facts about the RE Market

· Rare earth elements are a group of 17 minerals critical to the defence industry’s manufacturing of missiles and munitions, hypersonic weapons, and radiation-hardened electronics. The US has previously identified 35 minerals as essential and where supplies are vulnerable to supply shocks.

· The Asia Pacific is likely to be the largest regional market by the end of the projected time-period, accounting for more than 55% of the global demand by 2026. Under the Made in China 2025 strategy, Beijing is pushing to create an integrated supply chain in mining, magnets, and high-tech manufacturing.

· Based on metal, the neodymium is leading the market growth followed by scandium and dysprosium. In 2019, neodymium, scandium as well as dysprosium represented a market share of nearly 30%, 17% as well as 10%. Among these, Neodymium is extensively utilized in the renewable energy sector and electric vehicles

· More than 90% of hybrid and electric vehicles use rare-earth-based magnets in their motors, while each F-35 fighter jet requires 420lb of rare earths materials.

· China has a big stick in banning a company like Apple, but an equally dangerous-looking stick would be the withdrawal of rare earth supply.

Lynas is the blue-chip way to play this if there is such a thing.

Here are the fundamentals There is now a slew of more speculative RE producers, but processing remains the key. Remember it is not rare just rare to be able to process.

Among the smaller players are recently renamed, American Rare Earths (ASX: ARR) with a project in Wyoming. The company changed its name from Broken Hill Prospecting, and this has made a significant difference coupled with the focus on the Laramie project in Wyoming. Has run very hard and dropped just as fast too recently. Volatility is certain to remain in this one which is a trader's special. Alkane (ASX: ALK) has demerged its RE exposure through Australian Strategic Minerals (ASX: ASM) with its Dubbo project and its partnership in Korea. The company is now free to pursue its strategy with $20m cash in the bank, no debt, and Australian owned. Northern Metals (ASX: NTU) is developing the Browns Range Heavy Rare Earths pilot project in Northern WA. It is hoping to become a significant producer of dysprosium outside of China. Long way to go but making progress especially with the recent deal with Germany’s Thyssenkrupp Materials for 100% of the project’s offtake. One other rare earth company to consider is Greenland Minerals (ASX: GGG). At one stage Trump joked that he should buy Greenland. Not for sale and is administered by Denmark. GGG has a project there in the Kvanefjeld site in southern Greenland which contains an estimated 1bn tons of mineralised ore, of not only RE but also uranium, just to make the project even more political. Again, Shenghe Resources, remember these guys from MP, are a substantial shareholder with around 10.5%. China again hedging its bets on the growing competition. GGG is continuing to advance the project and capped at only $340m again looks an interesting way to play the RE market on the doorstep of the US. GGG has been a long time coming with its project and may require more patience but again a strategic play and should gain more attention going forward. Finally, to further emphasise the importance of rare earths, the budget includes a $1.5bn strategy to support Australian Industry and that also includes downstream processing and resource technology.

The rare earths sector just needs one thing. Higher prices but as demand grows and the risks to the supply chain from China also grow, LYC and its smaller cousins may once again see not only corporate action but also higher share prices.

Henry Jennings writes every day in Marcus Today on emerging technology, small and mid-caps, and macro strategy that has implications for the sector. Given the acceleration of digitisation and technology, there has never been a better time to be investing in new technology. The blue chips of tomorrow are the mid-caps of today. Henry runs a model portfolio of small and emerging stocks in biotechs, technology and mining stocks. Sign up for a 14 -day free trial today.