Surviving but not altogether thriving 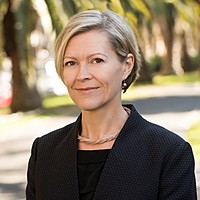 In Australia, we've always tended to think of bank stocks as the sleep at night option, ‘a buy and put it in the draw kind of investment’, because they've been so reliable in delivering growth and income. But as a sector, they’re facing considerable headwinds.

Because mortgages make up about 70% of their lending book, the big revenue driver for banks is housing credit growth. Twenty years ago, this was running at close to 15%, but in the past decade we’ve seen this drop down to half that. And, there's questions about whether can continue even at this rate due to the gearing in Australian households. We’ve seen household debt to income go from 60% in the 1990 to over 180% today*. We’re nearing the threshold now of how much households can feasibly borrow especially with the added pressure that COVID-19 has put on the system and the rise in defaults that will inevitably follow.

In short, the big structural growth tailwind that the banks have enjoyed for decades has played out.

Due to the reduced economic activity expected in the next couple of years, the Reserve Bank is likely to keep interest rates low. Again, this is not good news for Australian banks since they price off of the short end of the curve. For banks’ net interest margins to increase, short end rates need to go back up, which means the RBA needs to feel so good about the economy that they start to raise the cash rate again. And because banks are highly leveraged, changes in profitability are magnified. So, we’ve got bigger issues than just the bad debts that are going to come through in the next couple of years.

Add to this competition. Banks have had a four-pillar structure and that’s been supportive of returns. However now you've got competitive threats from companies outside of the banking sector, mainly tech firms. None of these tech firms have a banking licence - or want one - and yet all of them are making incursions into financial services, mostly in the payments area. This is not because they want to be banks; it's because they want to reduce friction for their core services. Amazon wants to streamline payments because it wants to make it easy for anyone to sell anything on their platform. Combine that with smaller Fintechs who are picking off various individual services from the banks and there's a real erosion of the banks' ability to defend their turf.

All this means that the outlook for the banks overall as a sector is not particularly compelling but there are still positives. We’re not going to see strong dividends paid out for a while, but the banks do still return their cost capital. There are also important differences between them, so our approach is to look at relative ways that to generate returns.

Macquarie Bank for example has repositioned itself dramatically in the last ten years. Their business model now operates with a lower leverage to markets and they've really taken on the role of ‘green investment bank to the world.’ They’ve hired a range of experts so that they have a really deep understanding of new and emerging technologies, which puts them in an excellent position to capitalise on the next major tailwind, the global investment to decarbonise.

Commonwealth Bank is another opportunity. Fintech disrupters typically seek to raise $20m to $50m to get themselves up and running. Against this, CBA is spending $150m a year, just on its app. The CommBank app gets up to 10 million logins a day, making it one of the most used apps in the country. Commonwealth’s reinvestment into the app will help the bank retain relevance to its customers, despite the attempted incursions of Fintechs.

Opportunities come in many shapes and sizes

The Fidelity Australian Opportunities Funds philosophy lets me take advantage of the best ideas across the entire market. It’s my version of a ‘one-stop shop’ for equity exposure within the ASX. Hit the contact button to find out more.

Kate has sole responsibility for the Fidelity Australian Opportunities Fund. In 2015 she was named Money Management’s Women in Financial Services Investor of the Year, and in 2016 was included in CNBC's "world's top 20 female portfolio managers".

Get investment ideas from Kate Howitt when you sign up to Livewire Markets.