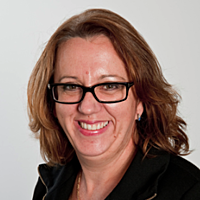 On Tuesday the ABS released March quarter property price data revealing that established house prices fell in all eight capital cities. However, it was Sydney and Melbourne that bore the brunt of the decline as credit supply tightened and demand continued to fall.

Our previous wire on this topic showed that Melbourne is the most overvalued city on any measure – and this held true in the March quarter. But, as we show below, this mantle is now being challenged by its southern neighbour, Hobart, as many Australians seek relief away from the bigger capitals.

The most basic valuation method we use is the ratio of the median established house price to annualised average weekly earnings (AWE). Despite housing prices nationwide falling 8.4% from peak to trough, established housing is still more than 20% overvalued by income ratio.

In contrast, another measure that takes into account changes in home lending rates implied that residential property prices were nearly 8% undervalued in the March quarter.

How have these valuation measures changed and how do Australia’s capital cities compare?

At this point, we continue to reiterate that we are not anticipating an economy-wide collapse in house prices, which would likely require an increase in unemployment and lending rates. In fact, boosted sentiment from the surprise federal election result and recent changes to monetary policy and other settings have placed a firm floor under the housing market.

The Coalition’s unlikely victory cleared a cloud of uncertainty. For housing, positives flowed from the continuation of the 50% CGT discount and negative gearing on investment properties. More aggressive personal income tax relief was also welcomed.

‘Animal spirits’ were further bolstered when APRA proposed to remove the 7% serviceability buffer on home loans and the RBA finally cut the cash rate and signalled further cuts were on the way.

In previous months we saw the removal of the investor home loan 10% growth cap and the scrapping of the 30% threshold on new interest-only lending. The surprise pick-up in money supply growth during the March quarter was also a positive.

According to the ABS, nationwide established house prices peaked in December 2017. However, prices in some cities were slow to rise and may not yet have peaked, while others peaked during the post-GFC mining boom nearly five years ago.

Exhibit 1 depicts the average of median established house prices nationwide and compares this to annualised AWE using ABS data going back to August 1994. For a discussion of why the average has changed dramatically over time see our December 2018 wire (‘How far is housing from fair value?’).

The multiple now stands at 7.6x annualised AWE. The long term average since 1994 is 6.2x and can be loosely thought of as an indicator of fair value, which is depicted by the bolded line spanning the 0% axis.

On this basis, housing is currently 21% above the average (see the blue line in Exhibit 1).

The hashed green line in Exhibit 1 above shows what happens when the ratio of the median house price to annualised AWE is adjusted for changes to the standard variable home loan rate.

This is a more volatile measure, but is relevant to Australia due to its relatively low level of fixed rate home loans. See our previous wires for a discussion on how and why this valuation measure has changed.

This demonstrates the sensitivity of Aussie house prices to changes in interest rates, where the data shows that prices skyrocketed during periods of rate cuts and when there were expectations of further rate cuts.

How do prices compare across our eight capital cities?

Exhibit 2 tabulates established house price valuations in the nation’s capitals. These valuations take into account ABS property price data for each capital city and ABS earnings data by state or territory. In this wire, we adjust the latter to get more up-to-date income levels as AWE data is only released every six months.

Once again Melbourne takes top prize as the most overvalued capital and is the only city to exhibit overvaluation when adjusting for home lending rates.

However, Hobart has now leapt ahead of Sydney as the next most overvalued city on both measures. We noted in our previous wire that Hobart house prices were booming most likely due to strong population growth (perhaps from desired lifestyle changes) and a relative lack of housing supply. Meanwhile, resources-sensitive Darwin and Perth are now more undervalued on both measures.

Finally, we draw attention to differences in the long term average price-income multiples for each capital city.

The simple analysis presented in this wire again demonstrates that housing valuations by capital city are wide-ranging. If lending and unemployment rates stay low (and there is no investor credit crunch) there is unlikely to be a huge crash.

However, if mean-reversion plays out, it is Melbourne that has the furthest to fall even though Sydney easily trades at the highest income multiple.

Overall, we think that house prices continued to fall throughout most of the current June quarter, right up until the election. But, a boost in sentiment, easier monetary policy, looser macro-prudential settings and the expectation of income tax cuts have most likely place a floor under the Australian housing market.

Below, we provide valuation charts for established houses such as that in Exhibit 1 for each capital city. ABS commentary is included where available. Note that established houses are detached residential dwellings on their own block of land, regardless of age. We use this measure to take advantage of a longer historical data set.

For Melbourne established houses, falls continue to be observed across most of the market, with strong falls continuing to be seen in the upper market segments. Through the year to the March quarter 2019, this index fell 10.5%.

Get investment ideas from Angela Ashton when you sign up to Livewire Markets.