Tesla - Here's why we don't own it 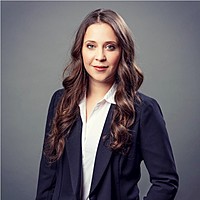 In a wire we posted last year we discussed the primary elements that lead to the burst of the tech bubble and why FAANGS + M felt like a new euphoria that reached valuations we were no longer happy to pay. A new, and arguably far more extreme poster child for extreme valuations now is, Tesla.

Over the past 12 months, Tesla’s market capitalisation has risen 8-fold (from $100bn to $800bn), making it the 5th largest company in the US. During that period consensus earnings forecasts rose by 50-100%, meaning over three-quarters of the price increase was driven by factors other than earnings. We think that the most important factor is the interest rate environment, which encourages risk-taking and increases the discounted value of future cash flows. In other words, it plays right into the hands of high-growth companies such as Tesla.

Normally we would provide insights on why we do own a particular stock. This time we provide some reasons why we don’t own Tesla.

When we analyse what has driven such a staggering (and rapid) rise in Tesla’s share price, the thing that’s immediately apparent is that only a fraction of the increase has been driven by changes in the company’s underlying fundamentals.

During the 12 months in question, analyst revenue forecasts for the company have risen by around 25% and analyst earnings forecasts by more like 50-100%. Those sorts of upgrades are impressive (and would, on their own, have justified a very nice increase in the share price). However, this still leaves well over three-quarters of the actual increase in the share price to be explained by other factors.

We are effectively talking about $500bn (half a trillion dollars!) of new market capitalisation being created by factors other than higher earnings expectations. To put this $500bn figure into perspective: it’s greater than the total market value of companies such as J&J, JP Morgan, and Walmart.

Several factors have combined to drive a large part of Tesla’s amazing rally, including:

The above factors do not mean that Tesla’s resultant market capitalisation, as enormous as it may be, is “impossible to rationalise”. The issue with Tesla is simply that its current valuation is predicated on several positive outcomes all eventuating, with little allowance for: (1) the inherent conflict between (and double-counting of) some of the assumptions made within that bull-case scenario; (2) the various risks to those positive outcomes; and (3) the true time value of money.

To illustrate this, let’s look at the high-level thesis that is commonly used to support the stock’s valuation:

None of these assumptions are irrational. As outlined above, the problem really arises from:

1. Inherent conflict between some of the individual assumptions. For example, it seems feasible that, by adding a cheaper “mass-market” vehicle to its product range, Tesla should be able to reach >8m sales in less than a decade’s time (compared with the 0.5m of premium-only sales made during 2020). However, if we’re assuming that the company’s shift into the mass-market will be that successful, shouldn’t its margin structure begin to shift towards that of a mass-market car manufacturer (lower margin business) and away from that of a premium car manufacturer? Another example is the often-cited opportunity in robo-taxis, which could well be a massive market (in which Tesla would be a major player). However, we can’t value that new market in isolation and simply add a chunk of it to Tesla’s valuation, because we need to consider the negative impact that the proliferation of robo-taxis would have on sales to consumers.

2. Insufficient allowance for the aggregate risks to the bull-case outcome. While each individual assumption used in the Tesla investment case might not be irrational, each of them carries a level of risk and the investment case falls away if some or all of them don’t come to fruition. By way of example, there is clearly risk associated with the expectation of Tesla expanding production and sales roughly 10x over the next ten years. Scaling up glitches, increasing competition, trade wars, regulation and new technology are just some of the challenges that Tesla could face. There is also a clear risk that Tesla won't be able to maintain its market-leading margin profile and, finally, there is a risk that the stock won't continue to trade on a premium multiple. For purely illustrative purposes, if we assume that there is an 80% chance of each of these three risks being successfully navigated by Tesla, the implied probability of all three being navigated is just 51% (80% x 80% x 80%). Using a more sanguine probability of success for each of, say, 60% (still effectively giving Tesla the benefit of the doubt), results in a just 20% probability of all three coming to fruition. Given the very high probability of across-the-board success that is currently built into the share price, we don’t like those odds.

3. Insufficient allowance for the time value of money. Based on the optimistic assumptions outlined above, we arrived at a notional profit in 2030 of $53bn. If we then apply a relatively high multiple to that profit figure (say 25x), we can arrive at a 2030 valuation of $1.3trn. At face value, this makes today’s market capitalisation of “only” $800bn look skinny. However, when we translate that number into a compound annual investment return over the next 10 years, the answer is under-whelming: not much more than 5% per annum (assuming everything goes to plan). Noting that, even if we stretch the 2030 multiple even further (to say 30x), this annualised return will only increase to 7%.

Stay up to date with all my latest Livewire insights by hitting the follow button below.

J
James Gamble
28th Jan, 21
As someone continuing to hold Tesla long term, this is the by far the best bear case I’ve read - that intelligently and respectfully tackles the real bull case. Personally I continue to hold Tesla, this is a function of my risk appetite for the money invested, the size of the potential overall auto and energy disruption - combined with the likelihood I ascribe to an Elon Musk led company to be best placed to both navigate and catalyse the disruption. Risky for sure, and I wouldn’t begrudge anyone who considered it not within their risk appetite, there’s every chance it won’t work out as I hope.
J
James Gamble
28th Jan, 21
I think a lot of investors currently think this is the most important company for the future of the world. If you truly priced in everything correctly, then the most important company in the world would be the most valuable company in the world.
P
Phillip Chang
29th Jan, 21
Long term TSLA stock holder here and I continue to accumulate. TSLA is turning the traditional auto industry upside down and TSLA will cause seismic disruption not just in the auto industry. There’s a saying: “Traditional auto analysts and brokers are not equipped and not qualified to analyse Tesla”. There’s also a saying: “If any analysts out there who thinks they can short TSLA based on cell D37 in Excel is lying to themselves”. The Tesla community does better contents and research than Wall Street analysts. I am in the trench with Elon.
D
Darryl Middleton
29th Jan, 21
"but also the belief that rates will remain low for a long time". It's not a belief, it's a fact. Interest rates have been falling for 35-40 years. If that is not a long time then I don't know what is.
I
Ian Rogerson
29th Jan, 21
That's a very persuasive piece - Thank you.
J
Justin Baiocchi
29th Jan, 21
An excellent article. I like the way the starting point is not 'Tesla is overpriced', but rather 'Let's assume Tesla is fairly priced and look at future returns from here'. And those future returns look very modest indeed. When thinking of Tesla perhaps we should recall John Templeton's adage that the most expensive four words in investing are "This time it's different".
C
Charlie Dalziell
31st Jan, 21
Great article Joy

Joy Yacoub
2nd Feb, 21
Thank you all for your lovely comments and additional points. Very much appreciate it.