The cost of carrying cash 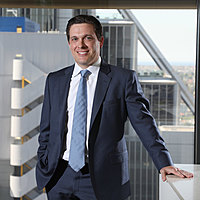 Many investors realise that there is a cost of carrying cash. It is the opportunity cost associated with returns foregone if the cash were invested elsewhere. However cash also provides optionality, such as when a market dislocation creates an opportunity to invest at distressed prices, and cash provides liquidity, a means of buying goods and services if you have an unexpected reduction in income. Cash is considered a safe asset, but over time the cost of holding cash can vary considerably. When assets are cheap, and interest rates are low, the opportunity cost of holding cash can be very high. Ironically these are the points in time when cash holdings tend to increase. By contrast, the cost of cash can be very low when asset prices are high and interest rates are rising, with higher interest rates making the cost of holding cash lower and high asset prices reducing prospective asset returns and increasing the value of the optionality cash provides.

The amount of money in circulation is also an important consideration. The real value of assets to their owners does not change materially from day to day. If the amount of fiat currency in circulation increases dramatically, we should logically expect that the value of the assets in cash terms should increase ceteris paribus. In these circumstances, it is not necessarily the real value of assets that is rising, but the fact that the value of cash is declining. As a result of COVID-19, these considerations are becoming increasingly important given the increase in money supply occurring across the world, action that could be described as a broad debasement of fiat currencies.

Governments around the world are running up far greater fiscal deficits as a result of the pandemic. These deficits are being enabled by low-interest rates which reduce the cost of Government debt. This can be partly attributed to central bank quantitative easing programs which are designed to lower yields through asset purchases. The Reserve Bank of Australia has announced a three-year yield target and a $100bn bond purchase program. Numerous other central banks have also announced large quantitative easing policies. As a result, the value of assets held by central banks around the world has exploded since the onset of the pandemic. This has seen a sudden increase in money supply across the major economies globally. Broad Money is a measure of the amount of money in circulation in an economy1. In Australia, Broad Money has increased by 11.8% between February 2020 and November 2020. This contrasts with annualised growth of 7.3% over the preceding 20 years, and growth of 3.0% in the year from March 2009 as the world emerged from the Global Financial Crisis. It leads to an interesting question: to what extent is the global rally in markets simply recognising the diminished value of fiat currencies? Cash could well be an expensive asset to hold in a money printing world. Everyone is familiar with the recent performance of equities markets, despite the fact that there are still some wounds on the global economy from the COVID-19 crisis. But equities markets are not the only asset class to be experiencing appreciation. We have seen continued increases in global residential property markets at the exact time most commentators expected property price declines. Industrial commodities are surging. Iron ore is at the forefront of this as construction demand for steel lifts as a function of co-ordinated global stimulus driving infrastructure and property development. Many agricultural commodities are also rising, pointing to food inflation. The UN Food and Agriculture World Food Price has risen 6.5% in the year to 31 December 2020. Precious metals are up strongly since the onset of COVID-19. Bitcoin, an asset that has been framed as a hedge against money printing, has seen its price move higher exponentially. No doubt some of this is being driven by market speculation. Where this is the case the market will correct naturally over time. Speculation is always a dangerous pursuit. But it is worth noting that in a money printing world, the appeal of holding significant levels of cash, which earns very little and is at significant risk of decline in terms of purchasing power, may continue to diminish as perceived pandemic risks recede. This is in the context of cash sitting in money market funds being at close to record levels. There is still $4.4 trillion sitting in US money markets essentially yielding nothing. In other words, these investors are happy to receive almost no return on their cash in a world in which Governments are printing new currency at the fastest rate in a long time.

We have seen in Australia that household cash balances have also risen to record levels.

It will be interesting to see whether, over time, investors decide that more of this exposure should switch into other asset classes. Should this be the case the implication for other asset prices could be material. No one knows what the future holds, and by nature, we have an aversion to arguments based on relative value, but we think it is worth pondering the impact of the growing money supply on asset prices and the cost of carrying cash in the current environment.