The next 30 years for investors 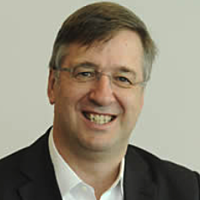 In a panel discussion at Livewire Live in 2016, which you can see here, I described my worst fear at that moment: the danger of a trade war. In this wire, I revisit my thesis and ask what it means for investors.

My comment then was that “if we get policies that fiddle with markets or if we get political fracturing, which seemed inevitable, then we may get an excess risk premium. and markets will behave badly for a period of time”.

My warning remains in place that political fracturing was inevitable:

In essence, we have had 30 years of unusually clear sailing. The tailwinds include the first phase of globalisation, a largely single global superpower, a 30 year decline in interest rates, the rise of democracy (now under some stress), low levels of human violence, strong demographics, low economic volatility (which was an important backdrop to financial complacency pre-GFC and arguably post), the injection of a large pool of cheap global labour and the freeing up of markets.

Unfortunately, many are now under challenge or possible decline.

We are likely to see ebbing and flowing of risks, and opportunities will abound. While changing political leadership from time to time may lead to periods of stability, the underlying stresses will remain, with additional challenges from demographic, debt and other trends.

Our thesis was that many of the previously positive forces of globalisation, and particularly the tailwinds from a globalising global labour market, were reaching their limits of political support.

The foundation of today's events

The injection of cheap labour into the global economy in the 1980s has created two labour pools, those in emerging markets and those in developed. And while emerging wages have risen in real terms, developed wages have stagnated, particularly for middle to lower paid workers.

The injection of cheap workers had a significant impact on the global labour market while being supportive to investor returns through rising global growth, falling inflation and interest rates, and subdued labour share of GDP – particularly in developed economies.

Although investment markets have remained strong for part of the time since our call, the increasing rise of populism, calls for trade wars, fracturing of politics, recent Paris riots and the emergence of BREXIT has confirmed the underlying risks. With the addition of late-cycle tightening by the Fed, market volatility has increased as we digest rising political and economic risk.

Should we remain concerned?

Looking forward, my thesis remains largely unchanged: The first 30 years of globalisation would be the easiest and the following 30 years could produce a range of challenging characteristics.

To be clear, this does not mean that we need to be bearish throughout this period and in fact, outsized positive opportunities may become available, and reasonably long periods of positive returns should be expected. But the prospect of higher risk premiums and heightened moments of volatility seem likely.

The key drivers ahead

Firstly, the injection of globally cheap labour is yet to work through the global economic system.

The International Labour Organisation research notes that when measuring salaries globally, there are largely two distributions of labour – one for emerging countries and one for developed.

Despite the rise in real wages in developing countries in recent decades, a large gap remains between developing and developed.

Importantly, developing are no longer competing just at the low-income end of the distribution but now through better education and global technology, and are increasingly more competitive against middle and some upper income developed economy workers.

The natural forces of a free global economy are trying to bring the two distributions of labour together, with the first phase of this convergence over past 30 years having uniform global political support.  That is no longer the case.

A second factor is the emerging impact of technological change. When technology competition is overlaid on the existing dual global labour market distribution, it seems highly likely that political unrest, uncertainty and rising populism will remain a feature.

Other drivers of political volatility and risk include the unsettled path to multiple global geopolitical powers, the challenges of divergent economic systems (including the role of state economic power), climate risks and the rise of additional unknown and possible unknowable challenges such as cyber.

The portfolio solution remains one of common sense. Diversification, clearly identify the inherent risks, expect a sustained period of lower returns, have a clear plan on how to capitalise on volatility, do not always assume that global companies benefiting from global supply chains will be winners, beware of unanticipated leverage and remember the benefits of cash flow and cash.

For the active investor, this may be a great time to show skill.

For most, diversification and clear identification of strategy will most likely suffice.

As we continue to face volatile market periods, bonds will offer the stability of principal and income, as investors seek the highest quality investments. Find out more.