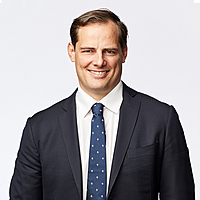 The world is racing against time to get to net-zero carbon emissions by 2050, so it makes sense to have a look at the largest sources of carbon. In the following article, I break the topic into four key areas:

The chart below shows the total carbon emissions by country since 1990.

In 1990, the US was by far the dominant source of CO2 emissions, producing more emissions than China and Russia combined. The rapid industrialisation of China from 2000 catapulted China to the top of the pack, the nation now generating more than twice as much carbon dioxide as the US. At the same time, India has risen from seventh to third place. Russia, meanwhile, has slipped down the rankings as the population has fallen and the economy has stagnated.

Australia punches above its weight (not in a good way!) ranking 16th for overall carbon emissions despite the fact we are ranked 54th in the world by population.

Emissions on a per capita basis

Our impact as individuals is arguably the most important metric. The chart below shows the carbon emissions per capita over time.

While Australia never cracked the top 10 for total emissions, we are in the unenviable position of routinely appearing in the top three when it comes to carbon emissions per capita. It’s worth pointing out that this does not include the carbon from the coal and natural gas that we export to entities overseas (scope three emissions). If we include these emissions, Australia is literally off the chart. China, while dominating global emissions, didn’t make the top 10 on a per capita basis until 2018.

At the link below you'll find an interactive chart that breaks down the emissions by sector, industry, and company within the MSCI World Index (essentially the largest 1500 listed developed market companies).

Utilities immediately jump out as the largest driver of emissions contributing one-third of total emissions. Zeroing in on this segment, we can see that almost all the emissions are driven by Electrical Utilities due to the heavy reliance on fossil fuels. We can drill further into the Electrical utility segment to see the individual companies driving emissions.

The good news is that renewables, in particular solar power, are now often the cheapest sources of energy, providing a pathway for electricity generators to decarbonise.

What other sectors are driving emissions?

In fourth place, we have transportation with Airlines and Marine making similar contributions.

At the other end of the spectrum, sectors like Technology, Finance, and Healthcare contribute very small amounts of carbon emissions.

Australia’s sector mix is much narrower than that of the global economy, with a much smaller Technology sector in particular. In a way, we are a victim of our own good fortune, with a small population, and an abundance of natural resources lowering the incentive to develop high value-add industries.

Click the link below to see a breakdown of emissions by sector, industry, and company in the ASX 300.

Utilities is the second largest source, driven by Australia’s heavy reliance on coal. AGL ASX: AGL and Origin Energy ASX: ORG contribute a staggering 27% of the total emissions of the ASX 300.

In third place is Energy, with Santos @, Woodside Energy ASX: WDS, and Whitehaven Coal ASX: WHC making up over 75% of sector emissions.

Now you can invest in a portfolio of global equites, without the carbon footprint.

David is Plato Investment Management’s Head of Long Short Strategies and Co-Portfolio Manager of the Plato Global Net Zero Hedge Fund. Prior to joining Plato in 2018, David worked for JP Morgan Asset Management in London for 15 years, where he...