The rate that starts a nation 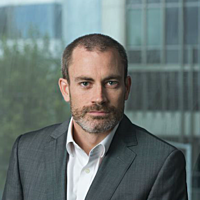 In case you missed it, there was another event on yesterday - one that featured bonds and bankers rather than whips and jockeys.

The RBA had their November meeting yesterday and a number of policy decisions were made which could (and should) affect markets. In short, the RBA is looking to increase the support for the economy to help with job creation and recovery from the COVID-19 pandemic. The package announced contained the following:

Whilst the first point would be well understood by everyone, the next few are a little less obvious as to their meaning.

The second point addresses something called ‘yield curve control’ (or YCC) and is part of the Quantitative Easing (QE) program launched in response to the pandemic. The RBA previously announced that it will buy bonds (predominantly Commonwealth Government-issued Bonds) out to 3 years maturity in an attempt to flatten the yield curve. In less finance-speak, they’re funding short-term programs by buying bonds out to 3 years maturity and allowing borrowers access to cheaper lending. This will be accelerated with the target rate dropping to 0.1%.

The last point is also related to the expanding QE program, and will see an increase in the bonds purchased by $100 billion. These bonds will be further out the yield curve in the 5 to year maturity range:

The third point regarding the Term Funding Facility is not good news for anyone hoping term deposit rates will start to rise. Australian banks are well funded, and therefore have little need of further funding from deposits – since they can get cheap funding from the RBA, why would they offer attractive cash or term deposit rates? The answer is that they wouldn’t and haven’t, by dropping the Term Funding Facility to 0.1% it means they have even less use for deposit funding.

So what are the investment implications?

With all this finance speak it is hard to see what this means from an investment perspective. The most obvious thing is the effect on cash and term deposits – don’t expect those to be offering you anything close to attractive rates of interest any time soon. In the hunt for yield, investors and advisers will have to be a lot cleverer, because the days of easy returns via term deposits are long gone and unlikely to be back for at least a couple of years.

Next is the flattening of the yield curve. What we mean here is that the chart above, labelled ‘Term Structure’, is the shape of the yield curve – or what interest rate you’ll get buying bonds of varying maturities. Since the GFC the purchase of bonds that flatten the yield curve has been a common QE tool used by the world’s largest central banks. In doing so it reduces longer term funding costs to the government and institutions that can borrow long term. Conversely it hurts institutions that lend long term as they can barely get anything on their longer lending books. Since the role of banks has traditionally been to borrow short and lend long, this in theory should hurt the banks. However, Australian banks have traditional lent in a floating rate capacity, not fixed, so hopefully they should be largely immune here.

The flattening of the yield curve and drop in the target cash rate should lead to lower mortgage rates (we’ll find out in the coming weeks) and so may be good for residential real estate investors.

Lastly, this purchasing of bonds acts like liquidity injection into the market, lowering borrowing costs and allowing increased leverage. Some of this should trickle down to the purchasing of equities, and of companies increasing their borrowing to boost their return on equity (ROE). Future cash flows, such as dividends and free cash flow from equities will also be more valuable since the relative investment of 3 to 10 year bonds are now yielding even less.

Let's hope the actions taken by the RBA will last us longer than 3200m!

........
Important Information This document has been prepared by Innova Asset Management Pty Ltd (Innova), ABN 99 141 597 104, Corporate Authorised Representative of Innova Investment Management, AFSL 509578 for provision to Australian financial services (AFS) licensees and their representatives, and for other persons who are wholesale clients under section 761G of the Corporations Act. To the extent that this document may contain financial product advice, it is general advice only as it does not take into account the objectives, financial situation or needs of any particular person. Further, any such general advice does not relate to any particular financial product and is not intended to influence any person in making a decision in relation to a particular financial product. No remuneration (including a commission) or other benefit is received by Innova or its associates in relation to any advice in this document apart from that which it would receive without giving such advice. No recommendation, opinion, offer, solicitation or advertisement to buy or sell any financial products or acquire any services of the type referred to or to adopt any particular investment strategy is made in this document to any person. All investment involves risks, including possible delays in repayments and loss of income and principal invested. Any discussion of risks contained in this document with respect to any type of product or service should not be considered to be a disclosure of all risks or a complete discussion of the risks involved. Past performance information provided in this document is not indicative of future results and the illustrations are not intended to project or predict future investment returns. Although non-Fund specific information has been prepared from sources believed to be reliable, we offer no guarantees as to its accuracy or completeness. Any performance figures are not promises of future performance and are not guaranteed. Opinions expressed are valid at the date this document was published and may change. All dollars are Australian dollars unless otherwise specified.
save

Dan is the Managing Director & Co-CIO of Innova Asset Management, a boutique asset consultant and investment manager specialising in multi-asset, diversified investing with a particular focus on managing risk to create robust portfolios for clients.

Get investment ideas from Dan Miles when you sign up to Livewire Markets.