The testosterone-fuelled battle that has softened Acrux's (ASX:ACR) share price took an interesting turn over the weekend 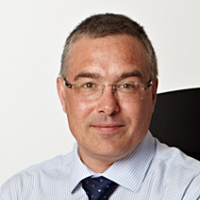 The testosterone-fuelled battle that has softened Acrux's (ASX:ACR) share price took an interesting turn over the weekend. In January the US FDA issued a Drug Safety Communication (DSC) for testosterone replacement therapies (TRTs) in response to a couple of studies that claimed to show that, in certain groups of men, these therapies could increase the risk of heart attack, stroke and death. This move followed a year of various lobby groups such as Public Citizen clamoring for all TRT's to carry a warning of these risks on the outside of their packets. Last week, a group of 125 researchers and doctors called The Androgen Group wrote to the journal that published one of these studies asking for it to be withdrawn. Why? Well one of the reasons was that it turned out that 10% of the participants were actually women. Oooops! ACR will report sales of Q1 Axiron during April.

Get investment ideas from Matthijs Smith when you sign up to Livewire Markets.