Home Wires The Rules of Investing Equities
save

One of the most striking responses during Oberg’s latest interview related to investor sentiment: “I’ve never seen the market more one-sided in that any company with any exposure to the economy is so hated,” he said.

The lead portfolio manager at Wilson Asset Management spoke with Livewire’s David Thornton in the latest episode of The Rules of Investing. 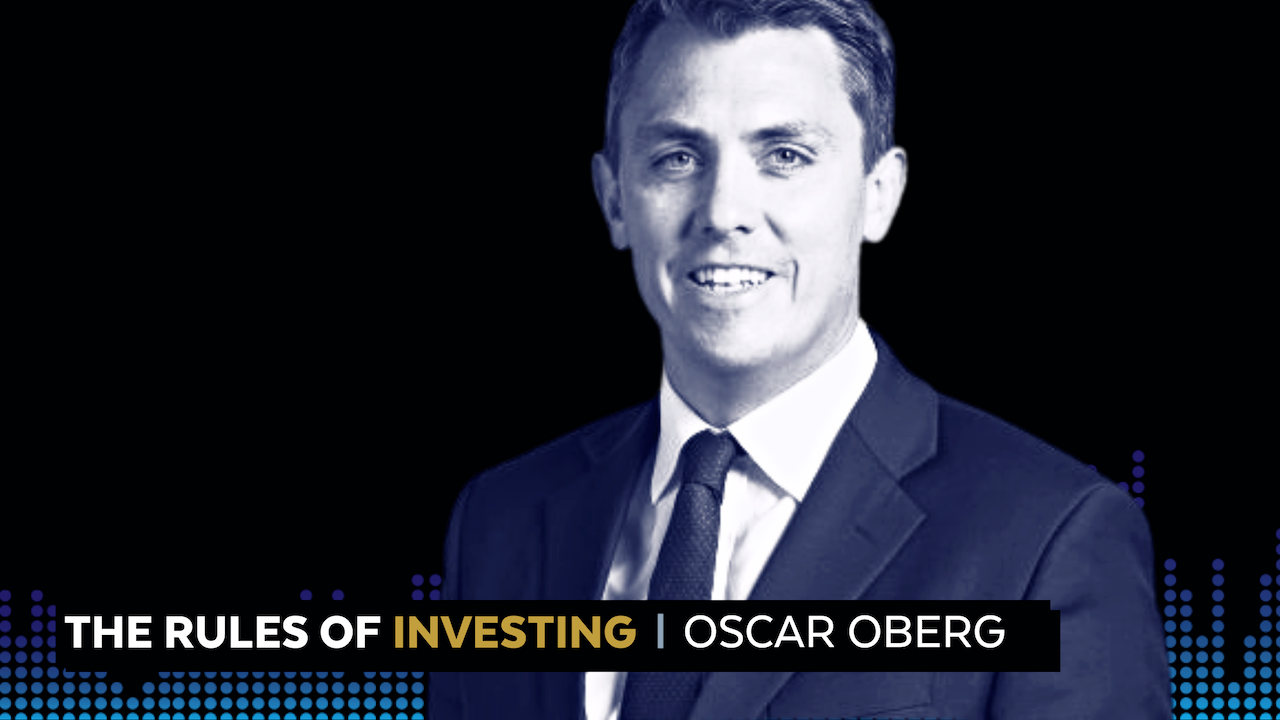 Oberg heads up WAM Capital (ASX:WAM), which invests in growth-oriented Australian small and mid-cap companies. He also leads the WAM Research (ASX:WAA), and WAM Microcap (ASX:WMI) listed investment companies that invest in undervalued small and mid-caps and promising companies in the smallest end of the market, respectively.

In addition to his above comment about the current depth of negative investor sentiment, Oberg also emphasised that any stocks that are resources-related or are dubbed inflation beneficiaries are being bid up.

He suggested we’ve seen the most investor interest in energy, commodities, and banks in around a quarter-century – which contrasts with some of the historically high outflows seen across other parts of the market.

WAM’s preferred commodities play has traditionally been via mining services, a sub-sector that’s had a tough time of it in the last couple of years. Some of WAM Capital’s holdings in this area include:

The sector has also suffered under current labour shortages, “but we feel the contracting environment will improve as staff shortages and cost inflation get baked into these contracts,” said Oberg.

Given that the small resources segment has outperformed small industrials by about 40% this year, Oberg said his team faced a dilemma in choosing to stay focused on the latter.

“We’re going to have to ride through some uncertainty, but our view is that those with strong management and healthy balance sheets will come through and we’re very optimistic about the future,” he said.

“Mining services and the contracting sector as a whole could have a very good year next year.”

He notes that most of the above companies are trading at single digit PE multiples and have healthy balance sheets. This is a key part of WAM’s stock selection approach, which also hinges on finding companies with:

This last point is driven by what WAM terms a “catalyst”. In scientific terms, a catalyst is a substance that speeds up a chemical reaction. In the investing context, they’re referring to an event such as an earnings upgrade, a divestment or a capital management initiative such as a share buyback.

This is part of WAM’s approach that combines:

Within the first of these, Oberg and his team take a three to five-year view on potential portfolio inclusions. As an example, he refers to the fuel distribution and refining company, Viva Energy (ASX: VEA), which ranks among WAM Capital’s top performers of the year so far. VEA’s share price has gained around 40% in 2022 so far, closing at just under $3 on Friday, up from around $2.20 in mid-January.

And he’s long regarded the company as under-earning, partly due to pressure on domestic fuel refining operations over the last several years. But in this time, two other refiners in Australia have exited the market, leaving only Viva and competitor Ampol.

AMP Ltd (ASX: AMP) is highlighted as a stock selection that ticked the boxes of WAM’s market-driven research component. The 173-year-old financial institution’s reputation was badly tarnished by 2018’s banking royal commission findings and subsequent management problems. This has seen its share price drop by around 80% over this period, currently trading at around $1.10.

What’s the catalyst for buying the firm, which currently ranks as WAM Capital’s largest position? Oberg bought the stock in September or October last year on the back of management’s decision to divest AMP Capital. And he sees another meaningful buyback or capital management initiative ahead.

Oberg explained that most companies must cross both these barriers before being added to a WAM portfolio, though there are exceptions. A prime example here is Afterpay, which WAM Capital bought during the IPO in 2016 and reaped the rewards as the BNPL juggernaut kept beating earnings expectations: “It ended up being a cracker for us,” said Oberg.

He emphasises such companies are still filtered through a similarly rigorous process but given the high valuation of APT at the time, it didn’t fit into WAM’s long-term research methodology.

What buy signal is Oberg watching for?

He believes the fast-approaching August reporting season will be interesting.

“There will no doubt be earning downgrades…but we think the market has moved in advance of that,” Oberg said.
“And the short interest in stocks is probably at record highs, and in our view, it won’t take much for these company valuations to go up. There will definitely be opportunities out of reporting season.”

The outlook for Aussie small and mid-caps

Oberg acknowledges the headwinds around costs, inefficiencies and staff shortages companies are still contending with.

“And everyone has been pricing in a recession, but we really think the share prices have moved well in advance of where their earnings will go. We don’t think the earnings cuts will be as dramatic as the market thinks,” Oberg said.

More than 50% of the WAM Capital portfolio of companies have more cash or property than debt on their balance sheets, which gives Oberg confidence. “We feel our portfolio is in much better shape to fight a recession than it was at the start of the GFC or perhaps even when COVID started,” he said.

And he regards the current prices of small caps as around the cheapest they’ve been since 2001. “Valuations are great, we’ve just got to get through this period of the next six months.

On the broader macro front, Oberg is hoping Australia’s cash rate will peak at around 4% in the middle of next year. He is also looking through this period with the anticipation rates will be back within the more “normal” 2% to 3% level by the middle of 2024.

“It’s the uncertainty about where rates will go to at the moment that’s scaring everybody. It will get tougher over the next few months, it just depends on when projections for inflation start to come down,” he said.

Stocks that look interesting in the current market

Among some of the companies he’s watching are those that are not overly exposed to consumers, but which have been hit hard in the last couple of years.

And in the healthcare space he likes: 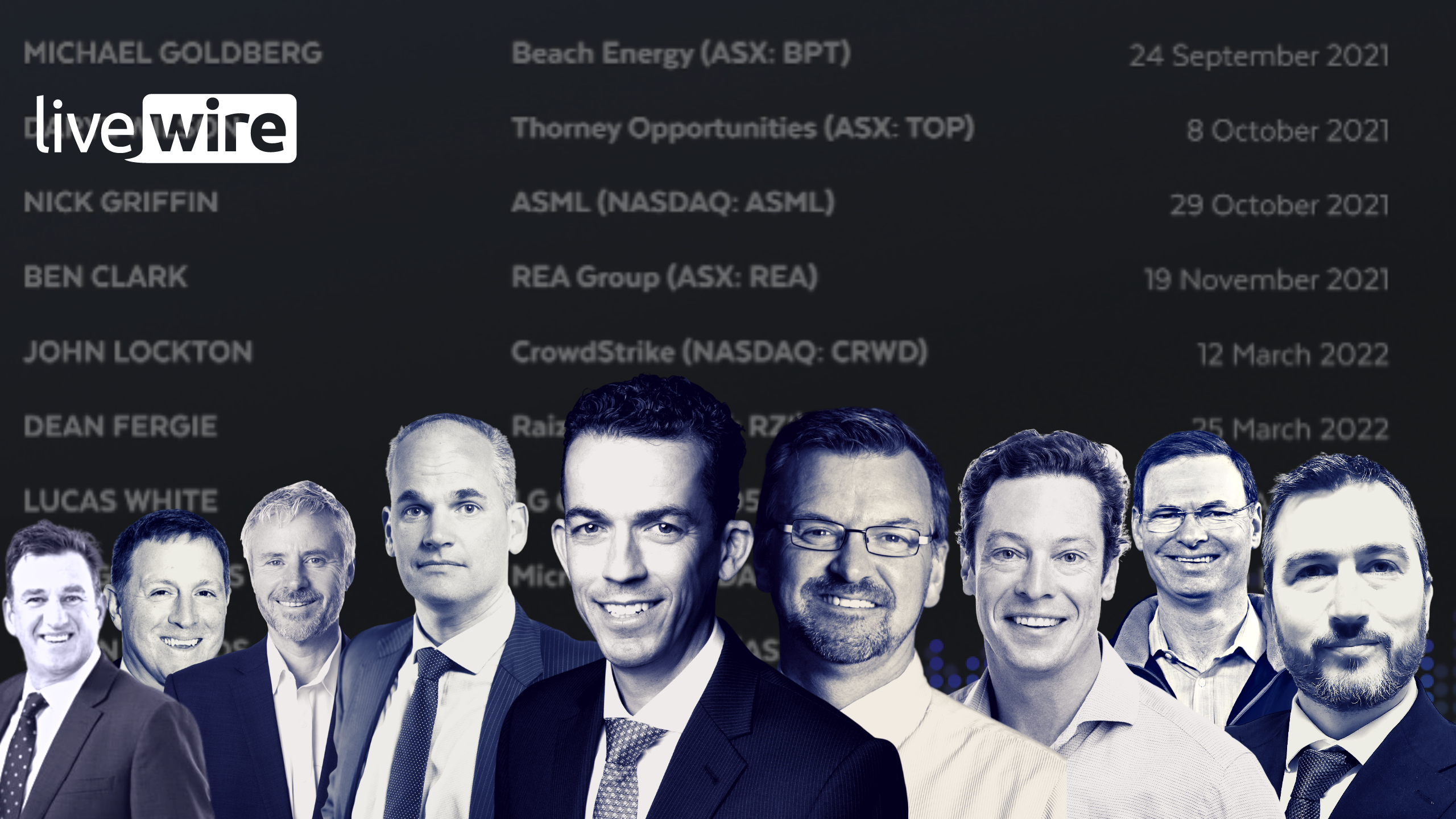 Equities
9 stocks to hold for the next five years
View
........
Livewire gives readers access to information and educational content provided by financial services professionals and companies ("Livewire Contributors"). Livewire does not operate under an Australian financial services licence and relies on the exemption available under section 911A(2)(eb) of the Corporations Act 2001 (Cth) in respect of any advice given. Any advice on this site is general in nature and does not take into consideration your objectives, financial situation or needs. Before making a decision please consider these and any relevant Product Disclosure Statement. Livewire has commercial relationships with some Livewire Contributors.
save

G
Gavin Henderson
14th Jun, 22
Not what a catalyst is.