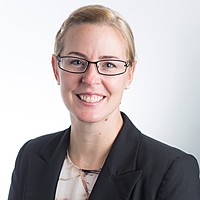 Number of indicators signalling a recession in the US With the global trade war leading to lower growth in the US as well as China and countries that depend on Chinese demand like South Korea, Taiwan and Germany, slowing global demand is one of the drivers of the current slowdown. But in the US, the housing market is also slowing down since the Federal Reserve has hiked interest rates for the last four years and thus made mortgages more expensive.

With the global economy slowing down, the challenge for policy makers will be to find the right means to avert a recession.

Since central banks in developed countries lowered monetary policy rates close to zero and in some instances even below zero, conventional monetary policy is not able to provide much support this time around.

First, there is a massive need for infrastructure spending in developed countries due to years of austerity and cost cutting on maintenance and new developments. McKinsey estimates that global infrastructure investment needs amount to $49.1tn until 2030.

Finally, the realisation that economies need to reduce their reliance on fossil fuels to reduce the harmful effects of climate change mean that there is a significant need to spend on renewable energy and the infrastructure needed to support it (e.g. utility-scale batteries and smart grids). Today, large scale government spending projects like the Green New Deal are at least being debatOuted in the US, while the UK and other European countries have committed themselves to generate at least 50% of electricity from renewable sources by 2050. Even the famously frugal Germans are debating a temporary abandonment of their policy not to have government deficits in order to fight the potential of a recession and modernise its infrastructure.

Non-core infrastructure companies are likely to face industry-specific headwinds in the next few years. While regulated infrastructure benefits from stable cash flows even in times of an economic slowdown due to their quasi-monopolies and their long-term contracts with government regulators, non-core companies don’t have such long-term contracts. In fact, their operating profits often face margin compression as demand for their products and services declines in a slowing economy and thus these companies are forced to compete with lower prices.

The global economy is slowing down and this means that businesses operating in unregulated markets, such as non-core infrastructure companies are likely to face declining profit margins and declining stock prices. In contrast, regulated core infrastructure investments are shielded from these developments and should hold up considerably better in a slowing economy. Furthermore, there are increasing calls to increase infrastructure spending in times of a recession. After all, many western central banks don’t have the means to fight a recession by cutting interest rates, so more of the heavy lifting must be done by politicians engaging in fiscal stimulus. And infrastructure spending is one of the few remaining common grounds for politicians of all parties.

Whitehelm provides investors with exposure to a diversified portfolio of global core infrastructure stocks. To stay up to date with our latest insights, hit the follow button below.

Ursula has extensive portfolio management and analytical experience in Australian and global infrastructure equities, with over 18 years industry experience. Prior to joining Patrizia, Ursula was a portfolio manager and senior analyst responsible...

Ursula Tonkin
12th Nov, 19
Hi Rod, Rodney. Looking at listed core infrastructure from a global perspective, we haven't quite been able to get across the line on any of the Australian infrastructure stocks as yet. Although they typically have good dividend yields, we have concerns about some of the cash flow profiles and valuations. We also take a very conservative approach in how we define 'core' infrastructure. Above $1 bil mkt cap there are only 5 or 6 stocks that could meet our criteria, and above $10 bil only 3. When we compare these to their global utility and transport infrastructure peers, so far we have found lower risk and good value in other developed markets.

Get investment ideas from Ursula Tonkin when you sign up to Livewire Markets.