Time to taper all the taper talk 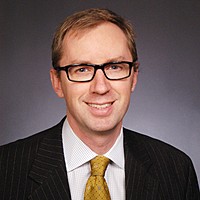 The market has become obsessed with the word ‘taper’, as it does with jargon from time to time, overusing a word from the Queen’s good English. As my writer wife loves to point out, for an industry that’s all about numbers, we’re good at obsessing over words and phrases. ‘Tapering’ is the idea of reducing the current pace of Quantitative Easing being undertaken by central banks. It’s not an end to quantitative easing and (horror of horrors) it’s not rate hikes. So tapering is at best a gentle feathering of the run rate of money printing rather than slamming on the brakes.

US Federal Reserve Chairman Jerome Powell in his much-anticipated speech at the annual Jackson Hole symposium recently hinted at the Fed tapering its current US$120bn monthly purchases of treasuries and mortgage backed securities. Despite the market obsessing over the timing of the so-called taper, Powell made only one reference to it in his speech and even then it was highly conditional with plenty of exit clauses:

“…if the economy evolved broadly as anticipated, it could be appropriate to start reducing the pace of asset purchases this year.”

Two carefully chosen words/phrases here are ‘if’ and ‘it could’. Powell went out of his way to include these two specific exit clauses on the potential for them to ‘taper’ in coming months.

The most recent high frequency data in the US suggests it’s quite possible he pulls the rip cord on one of these. The Conference Board consumer confidence reading for August fell significantly. Of interest, courtesy of our friends at Rosenberg Research, is the forward-looking component. The chart below shows expectations, less current conditions, and it is the weakest since March 2020.

US Conference Board Consumer Confidence (Expected conditions minus current conditions)

Equally the August jobs report was a clanger, with Non Farm Payrolls growing by a mere 235k versus the expected 733k! The fact is the US still has (depending on how you measure it) a massive amount of labour market slack relative to its pre-COVID state. In fact, if this pace were to be maintained it would take until mid-2023 to restore the labour market to where it was pre COVID! That is to say, there are at least 5 million less Americans working today than in early 2020. It might be time to taper the taper talk.

Meanwhile, in Australia, the RBA recently pushed ahead with its decision to ‘taper’ the rate of bond purchases from $5bn a week to $4bn a week but did extend those purchases until February 2022 from the previous expected mid-November finish. Does $1bn when you’re doing QE matter anyway?

That’s debatable but for us, given the sizeable economic hole Australia is now in (several forecasters are now calling for Q3 2021 GDP to be ~-4% which is huge!), much worse than when the RBA originally made its original tapering announcement. The case is pretty strong to cool the jets a little and keep open the stimulus spigots. Add to that the considerable uncertainty over how ‘open’ lockdown economies actually will be in Q4, and how much consumers will attenuate their own willingness to rush out and flood the shops and restaurants with COVID whizzing around. The glass half full approach of the RBA will be tested in coming months as far as we can see.

All of this chatter around tapering bond purchases can distract from the obvious point that central banks aren’t getting out of this trade having now gone all in. The longer QE is embedded in the financial system, the more markets are addicted to the liquidity benefits it brings. The following charts track the QE surge for both the global central banks and the RBA.

Central banks probably do succeed in some ‘tapering’ of the pace at which they purchase assets or QE. They won’t get far, and balance sheets are likely to continue expanding.

Learn more about the Franklin Australian Absolute Return Bond Fund by visiting the fund profile below.

........
Issued by Franklin Templeton Investments Australia Limited (ABN 87 006 972 247) (Australian Financial Services Licence Holder No. 225328), Level 19, 101 Collins Street, Melbourne, Victoria, 3000. The views expressed are those of the investment manager and the comments, opinions and analyses are rendered as at publication date and may change without notice. The information provided in this material is not intended as a complete analysis of every material fact regarding any country, region or market. All investments involve risks, including possible loss of principal. This publication is issued for information purposes only and not investment or financial product advice. It expresses no views as to the suitability of the services or other matters described herein to the individual circumstances, objectives, financial situation, or needs of any recipient. You should assess whether the information is appropriate for you and consider obtaining independent taxation, legal, financial or other professional advice before making an investment decision. A Product Disclosure Statement (PDS) for any Franklin Templeton funds referred to in this document is available from Franklin Templeton at Level 19, 101 Collins Street, Melbourne, Victoria, 3000 or www.franklintempleton.com.au or by calling 1 800 673 776. The PDS should be considered before making an investment decision.
save

Glenn Freeman
30th Sep, 21
Thanks for an engaging read, Andrew - but tell me more, please! Which local asset classes are likely to be the hardest hit (and vice versa?)