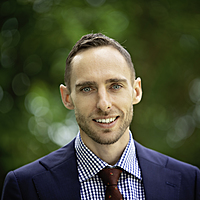 The insurance companies, and the banks, have received less investor attention and appreciation than we would have thought pre-reporting season. In this wire, I'll go through some of the major numbers and look at whether they are now worth a second look.

Starting with the insurance companies, all of them (below, QBE, MPL, SUN) are major beneficiaries of higher rates.

They differ in their insurance exposure (QBE is international, insures a more diversified commercial set of customers, SUN/IAG are a domestic duopoly focused on home and motor, MPL is a local private health insurance company) and thus they are not all the same underlying insurance risk or factor bet.

For QBE, the mark-to-market losses are less relevant for an approach that is typically "hold to maturity", and in any case the higher running yields moving forward highlight just what an earnings boost the might get.

All you need to do is eyeball recent history to get a sense of what the earnings kicker could look like.

It is the same for SUN, and MPL (not shown). Lower rates steadily reduced the returns to float, over time. Until this most recent period, for the first time in a long time.

We can think of investment income, returns to float, as being "stuck on" at the end of an insurance company's result.

What about the top line, revenue growth (here, premium growth), and underlying profits, after netting out the insurance claims, expense ratios, and the administration costs?

You can see this in the below revenue plot for SUN, across Australia and New Zealand. This story is a global story, what's called an insurance premium hardening cycle.

And, that higher premium growth is indeed translating into higher underwriting profit, after years of underwhelming, under-priced outcomes.

There is also a lag to which higher revenues flow through to higher profits, something referred to often by management in the results calls, and by brokers in their equity research notes.

So, we think we can reasonably anticipate a higher eventual benefit from prior premium growth to flow through to profits as well.

This makes for a multi-year earnings tailwind, if all goes well.

It is a fairly similar story for the banks.

For many years falling net interest margins (the key measure of bank profitability) were a function of rates globally drifting towards, and eventually anchoring at, zero, which weighed on bank share prices.

Now, we have the opposite dynamic, rates are rising to combat inflation, and to reign in excessive demand, and the banking sector leverage to rates is strong. After all, rates are how they make their money.

ANZ at their last trading update noted underlying NIMs were up 6bps, with margins improving across all business units.

CBA has likewise noted that each 25bp hike by the RBA translated into NIM expansion of 4-5bps. Based on the outlook for higher rates, that is a material driver of profits.

The banks are also vastly better capitalised than they used to be, which was a drag on returns as those equity buffers increased (more shares outstanding, weaker than otherwise dividends) but, has now reached a new, higher equilibrium, reducing the drag moving forwards.

The prospect of rising bad and doubtful debt charges are a threat, as households might struggle under higher mortgage rates, however a) the above leverage story reduces the risk to the banks relative to say gearing levels from the early 2000's, and b) what does that imply for the other sectors (e.g. consumer discretionary).

The banks would have claimed the higher share of the consumer wallet, we'd suggest, potentially outperforming other sectors who are experiencing a shrinking share of consumer wallets.

Banks and insurance companies may be a "little boring", but the yields, the net profit tailwinds, the solid balance sheets all make for a fairly attractive allocation, in our mind, one that the market seems surprisingly uninterested in.