US inflation: What you need to know 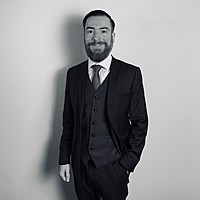 In light of the United States’ (US’) August Consumer Price Index (CPI) report, I provide this latest report as an update to some of the key points that I previously articulated here, which I believe are critical to understanding the US’ future inflation outlook. Whilst the market was caught off guard by the August CPI report, I saw it as solidifying these key points, which I reiterate now, being:

1) A shrinking federal government deficit and continued tightening from the Federal Reserve (Fed) is contributing to an extraordinary deceleration in the year-on-year (YoY) growth rate of the M2 money supply, which has flatlined in 2022.

2) Flatlining M2, in the absence of another spike in energy prices, points to a significant likelihood that the YoY CPI growth rate peaked in June 2022.

3) Despite the likelihood of the CPI peaking in June, lower YoY comparables will likely prevent a major deceleration in the YoY growth rate of the CPI throughout the rest of 2022.

4) The nature of the COVID pandemic and the lagging measurement of shelter costs, makes it critical that CPI growth is broken down into its key categories, which reveals that:

ii) The outlook for nondurables prices remains highly uncertain, and forms the key flex in the CPI over the short-term, with further declines in gasoline prices seen so far in September.

iii) While not seeing a surge to the same extent of that seen in the durables and nondurables categories, the services CPI category remains in an uptrend, and is likely to remain at elevated levels for a significant period of time, particularly on account of the lagging manner in which rental costs are measured.

5) While housing and rental price growth would be expected to decelerate over time in light of flatlining M2, higher interest rates, and a weakening economy, the lagging nature of rental cost measurement will likely significantly lengthen the period of time required for this to show up in the CPI and Personal Consumption Expenditures Price Index (PCEPI) reports, significantly raising the risk of the Fed overtightening and causing a severe recession.

The full report is attached to this wire.

In order to support, and keep up-to-date with my latest research, please consider subscribing/following Economics Uncovered on:

pdf attached
US Inflation - the key points that yo...
........
Important disclaimer—this may affect your legal rights: This is an economics research publication and is not investment advice. This research is general in nature, and does not constitute personal advice to any person. While this research utilises data which is considered to be reliable, I have not independently verified the accuracy of the data utilised in this report. While I have taken care to try and ensure that the figures, data and information presented in this research are accurate and free of errors, I am not perfect, and the report may contain errors or omissions that may become apparent after this research has been published. I do not represent, warrant or guarantee expressly or impliedly, that the data and information contained in this research is complete or accurate. I do not accept any responsibility to inform you of any matter that subsequently comes to my attention, which may affect any of the information contained in this research. I do not accept any obligation to correct or update the information or opinions contained in this research. I do not accept any liability (whether arising in contract, in tort or negligence or otherwise) for any error or omissions in this document or for any resulting loss or damage (whether direct, indirect, consequential or otherwise) suffered by the recipient of this document or any other person.
save

Platinum: The big US short and a buy on China