What to own as inflation escalates 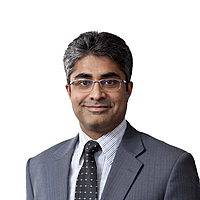 The prospect of a resolution on the inflation debate is likely to be pushed out beyond 2022.

As a result investors may be well-served by having a plan of action that includes a scenario of higher for longer inflation.

At Platypus, we have reduced our exposure to very high price to earnings stocks using a bottom-up lens. In action this entails raising the bar for holding these stocks in favour of more reasonably priced growth names.

Resources back on the radar

Resources are also on our radar for defensive earnings growth in an environment where supply constraints are keeping commodity prices higher for longer.

In a sustained higher inflationary environment we use three criteria to justify holding a stock:

3. Reasonable price to earnings multiples, both versus its own history and earnings prospects.

The difficulty recently has been finding stocks that met all three criteria, as companies with strong balance sheets and genuine pricing power come at a price.

Macroeconomic pressures from the Ukrainian conflict have seen us reduce or exit cyclically exposed stocks that have larger businesses in Europe. Overall, the current environment raises the importance of bottom-up delivery from stocks just as the top-down remains especially hostile to higher PE growth stocks. This remains a relentless focus for the team at Platypus.

Our view of the outlook for the remainder of 2022 has deteriorated since the start of the year.

Back in December 2021, we were expecting more muted returns from equities for 2022 given that the momentum in economic activity was peaking, central bankers were committed to reducing the extraordinary pandemic period stimulus and the question on inflation remained open.

Russia’s invasion of Ukraine has raised the prospects of weaker macroeconomic activity (especially in Europe) and an elevation of inflation for a bit longer from the impact of higher commodity prices. So, it is now likely that central banks like the US Federal Reserve stay firmly in inflation-fighting mode and remove policy stimulus at a quicker rate.

For instance, late last year the Federal Open Market Committee (FOMC) was expecting to raise rates three times in 2022 and now along with the first 25 basis points rate hike delivered in March 2022, the FOMC’s new guidance is for seven quarter-point hikes this year— it is clearly concerned that if left unaddressed, high realised inflation (core Consumer Price Index/Personal Consumption Expenditures) combined with higher wages could unanchor longer-term inflation expectations—and that genie would be hard to get back in the bottle.

In addition to the immense human suffering, a prolonged war in Ukraine is another blow to the recovery of supply chains, still reeling from the disruptions of the past two years from multiple COVID waves. In addition, the increased rates of COVID infections in China and its Government’s response that involves localised lockdowns creates more uncertainty on how global supplies might normalise. Under these circumstances, the chances of realised inflation reverting to the Federal Reserve’s target range in 2022 have reduced from the start of 2022, which in turn means expectations for tighter monetary policy are likely to be realised.

The Federal Reserve may have to become more hawkish in the short term. What complicates this manoeuvre is that the economy may be losing momentum just as monetary policy is being aggressively tightened. For instance, the US consumer who represents around 70% of the US economy is facing headwinds with higher fuel and grocery prices and higher headline mortgage rates, which is taking its toll on sentiment, see (Chart 1). In the US, inflation currently sits at 8%, which makes Australia’s recent 5.1% number look relatively benign.

More broadly, the signals from the US bond market are suggesting that its economy is slowing rapidly with the closely watched yield curve, which had been flattening rapidly and has at the time of writing inverted, see Chart 2. This environment is not ideal for the near-term performance risk assets.

Over the longer term, drivers of disinflation that had been in place, such as demographics and technology, should reassert themselves once we have more normalised supply chains. There are those who argue that ‘reshoring’ and the increased drive to decarbonise are new forces that are likely to keep inflation higher than the pre-pandemic levels. These debates will take some time to resolve.

For Australia, the near-term outlook remains relatively constructive. Our economy is a beneficiary of higher commodity prices, both industrial and agricultural, and our inflation has not been as problematic as that in the US (March 2022 Trimmed Mean CPI at 3.7% in Australia versus US Core PCE at 5.2% at the end of Jan 2022). Our largest customer, China, has also announced it will be looking to defend economic growth this year. But the RBA is likely to lift rates during 2022, with the first rate rise confirmed at the RBA meeting on 3 May, with further rises likely in subsequent months.

........
The foregoing is intended as market commentary/opinion only and does not constitute advice of any kind. Platypus does not accept liability for any action taken based on the views expressed above or for any loss suffered as a result of reliance on same.
save

Prasad joined Platypus in 2008 as portfolio manager and was appointed Head of Qualitative Investments in 2016. Prior to joining Platypus, Prasad was the Chief Investment Officer with Audant Investments Pty Ltd, joining that company in 2001....

Get investment ideas from Prasad Patkar when you sign up to Livewire Markets.