Why Geoff Wilson is optimistic despite scars of past downturns

Geoff Wilson AO, Founder and Chairman of Wilson Asset Management reflected on his decades of experience in financial markets while addressing an audience of investors at the WAM Vault Sydney roadshow on Thursday.

Having invested through some of the global markets' worst downturns, he summed up his experience of that time in this way:

Wilson also emphasised the importance of remaining invested for the long term, pointing out that in the 20-year period up to 2017, the US market rose more than 7.2%.

“If over that period you missed the best performing 20 days, your return would be 1.1%. Over time I’ve learnt the importance of being invested in a good structure and having professionals managing your money,” Wilson said.

“I have learnt it is time in the market, rather than timing of the market. When I feel bearish, I always remind myself we have got to stay in the market.”

Though no one has a crystal ball and financial market performance is often wildly unpredictable.

“We’ve had a period of interest rates falling for 20 years and very accommodative monetary policy over the last five years. We’re now in a different phase, we’ve got inflation and interest rates going up and it’s going to be a more difficult period going forward,” said Wilson.

He then turned to some senior members of his team for their views on the current market environment.

Matthew Haupt is the lead portfolio manager of WAM Leaders (ASX: WLE), a listed investment company invested in large-cap Australian companies. Stocks are selected based on compelling fundamentals, strength in the face of the macroeconomic environment and the presence of what his team terms a 'catalyst'. This refers to events such as management earnings upgrades or business changes such as divestments or acquisitions.

Holding some of largest 200 companies on the ASX, WAM Leaders is outstripping the benchmark by around 15% in calendar 2022 so far. And in the three years to the end of 2021, it outperformed by 10%.

Asked how he’s currently positioned, Haupt alluded to the style-agnostic approach he follows in not being tied to either Growth or Value strategies.

“We run a macro-overlay because of sensitivities of the market environment, where we look at every market in the world, every asset class, for clues on how to shape the portfolio,” Haupt said.

“This year we were positioned for rate hikes before they played out. But we’re still quite defensive.”

As part of this approach, he maintains an overweight exposure to mining companies, particularly iron ore miners. The portfolio has also had a tilt toward consumer staples and healthcare. These sectors are targeted by “back-testing” how these types of companies have performed in previous comparable market environments.

The LIC also has some large positions in healthcare stocks, “healthcare is very defensive because it’s generally not very cyclical; if you’ve got a healthcare problem, you get it fixed,” said Haupt.

These are some of the companies that ranked in the top 20 holdings as of April 2022:

The LIC’s exposure to consumer staples is explained in much the same way, the portfolio currently holds large positions in supermarket companies Woolworths (ASX: WOW) and Coles (ASX: COL). The latter ranked among its top-20 holdings as of April.

Alluding to the global shift away from speculative stocks – particularly in the tech sector, which sees the NASDAQ down around 12% since mid-March – he suggests we’re starting to see some overly negative sentiment in other parts of the market.

“Our job is to read markets. When we see Walmart get thumped in the US and Woolworths is down 6%, that’s a sign that we’re getting the extreme negative positioning. That’s a sign we’re starting to get some silliness in the market on the negative side,” said Haupt.

In terms of cash, the portfolio holds only 3%, maintaining its long-running emphasis on being fully invested.

The US economy is where Haupt and his team are currently looking for signs on where else they might find compelling opportunities. Even as the market watches to see how many rate hikes the US Fed will make this year, he’s already watching for signs of another inflection point. This refers to the recent announcement from Fed representative Raphael Bostic, who suggests we may see a pause in interest rate rises after possibly two 50 basis point increases at the Fed’s next two meetings in June and July.

The next presenter was Oscar Oberg, Lead Portfolio Manager of WAM Capital (ASX: WAM), a growth-focused portfolio of Australian small and mid-caps along with WAM Research (ASX: WAX), which focuses on undervalued small- and mid-cap focused companies. He also heads up the income-oriented WAM Active (ASX: WAA) and the micro-cap focused WAM Microcap (ASX: WMI) portfolios.

“Most companies we’re talking to are quite positive across a range of sectors and are puzzled as to why share prices are so low,” he said.

Oberg also said company balance sheets are looking better than they have in the last couple of years, certainly far stronger than they were pre-COVID. He acknowledged it has been a challenging time, particularly for some of the smaller companies in the market. But emphasised that over the last 20 years, WAM Capital has always been able to bounce back.

“Valuations in some sectors are at multi-decade lows and balance sheets are strong and most importantly, there are plenty of catalysts out there that will drive share prices over the medium to long-term,” Oberg said.

Discussing the stock selection process he and his team follow, Oberg emphasised the focus on companies with strong earnings growth and quality management teams.

“And it’s very rare that the catalysts don’t work – even though they haven’t really played out since October last year. But that’s just a function of the volatility we’re seeing in the market and that can impact small caps,” he said.

As an example of the confounding conditions currently, he refers to its holding of Australian agriculture business Elders Limited (ASX: ELD). Management recently upgraded its earnings expectations by around 30%, but the share price remains lower than before the announcement.

This prompted Wilson to reflect on the fickle nature of stock markets.

“It gives you an idea of how the market’s feeling,” the Wilson Asset Management Chairman said. “There are net selling environments and sometimes it doesn’t matter whether you’ve exceeded expectations if the overall market sentiment is negative.”

With the company located in regional Australia, Oberg’s conviction in the stock is buoyed by the large population shifts away from capital cities toward regional hubs.

He’s anticipating management to upgrade earnings by between 10% and 15% at the company’s next earnings result in August. And with the large volumes of property held on the portfolio, “we believe the stock could double over the next two to three years,” Oberg said.

To hear more from the WAM Vault event, including views from the portfolio managers of WAM Global and WAM Alternatives, Catriona Burns and Dania Zinurova, read another wrap-up from my colleague Angus Kennedy . 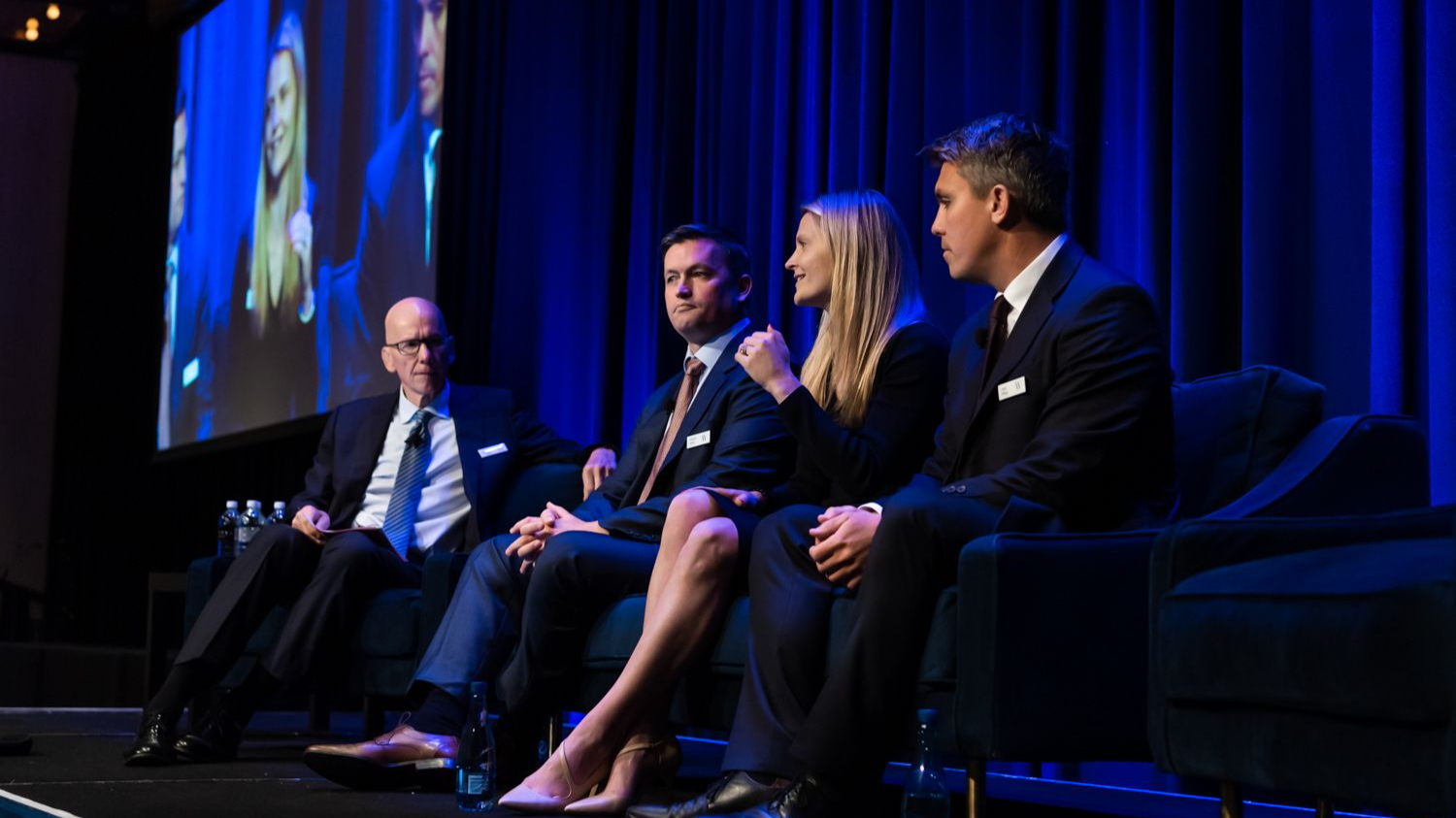 S
Sambo B
27th May, 22
Great insights here - with choppy waters ahead I think pivoting from some of my more speculative stocks and instead dollar cost averaging into WLE may be a sound approach