Why it's not (yet) time to buy crypto 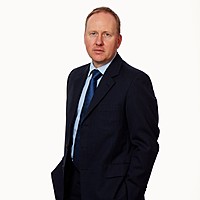 As we were coming into 2021, I hadn’t planned on making Bitcoin, and the world of cryptocurrencies it inhabits, the subject of one of my commentaries. However, it’s become a topic that cannot be ignored and so this note gives it rightful attention.

Earlier this year, the market value of Bitcoin, which is by far the dominant cryptocurrency, surged past the US$1 trillion mark for the first time. In doing so, Bitcoin’s market value reached a level that exceeds the valuation of most of the world’s listed companies.

The case for cryptocurrencies appears to rest on two grounds.

Firstly, cryptocurrencies are positioned as a desirable alternative to cash as central banks have pushed official interest rates to near zero. This thinking motivated electric car maker Tesla’s recent US$1.5 billion purchase of Bitcoin. Emphasising the point, Tesla-founder Elon Musk described Bitcoin as “a less dumb form of liquidity than cash.”

Secondly, cryptocurrencies, especially, Bitcoin, is presented as a protection against inflation — ‘digital gold’ being the favoured term.

Despite this, most investment firms, including MLC, have refrained from investing in cryptocurrencies, so far. Some significant issues need addressing before institutional investors en masse will have the confidence to place clients’ funds in Bitcoin or any other cryptocurrency.

I want to touch on those issues.

An item that aims to gain recognition as a better form of cash, or gold, needs to be relatively stable in value. Neither cash nor gold values fluctuate wildly.

By contrast, crypto assets, including Bitcoin, have exhibited extremely high levels of volatility, including multiple instances of severe drawdowns.

Specifically, Bitcoin’s price has gone through six different peak-to-trough drawdowns of more than 70% since its 2008 creation. Bitcoin has also experienced 15 negative-return quarters, along with two negative years, including 2018’s 74% pullback.

Although volatility has declined somewhat over time, it remains significantly higher than for traditional asset classes, such as shares and bonds.

All up, Bitcoin remains an extremely volatile asset, and its future purchasing power remains a fundamentally speculative proposition. Compared to established stores of wealth, such as gold, real estate, or ‘safe-haven’ government-issued currencies, Bitcoin faces a much wider range of outcomes in terms of its future value.

It’s fair to assume that Bitcoin’s price volatility would probably fall if more institutional investors were to add it to their portfolios, but, for now, that seems to land cryptocurrencies in a ‘chicken and egg’ situation.

To be fair, on close examination, Bitcoin would appear to share some but not yet all the qualities to act as a store of wealth. Like gold, it cannot be devalued by central bank ‘money printing’ and its total supply is limited.

Bitcoin has a hard-coded total supply of 21 million coins, with an issuance rate that roughly halves every few years. It’s this feature of Bitcoin that has mainly driven the ‘digital gold’ narrative.

On the downside, similar to gold, Bitcoin’s utility as a means of purchasing items remains limited. Tesla may accept Bitcoins as payment for its cars, but most places don’t accept it as payment for goods and services.

Change, however, may be coming as Mastercard has said it expects to support certain crypto transactions on its network this year, and BNY Mellon, America’s oldest bank, recently announced that it would start providing banking services for cryptocurrencies and other digital assets.

Another sizeable hurdle that needs addressing, from an institutional investor perspective, is custody (the secure holding of assets on clients’ behalf), which in this case refers to how crypto assets are secured and stored. The ownership of crypto assets is established by controlling a password, or ‘private key.’

If that password is lost or stolen, the crypto asset is lost forever. Best practice in the space involves investors holding their crypto-asset private keys in ‘cold storage,’ otherwise known as ‘offline storage.’

Securing storage by password, alone, exposes crypto assets to the risk of getting hacked and is, therefore, riskier than storing it offline, especially in an era of constant data breaches.

Most retail investors use investing apps such as Coinbase or Kraken, which provide all-in-one brokerage services for buying and selling crypto assets and store the assets for users, often in a setting that is partially online and partially offline.

The solution that would give institutional investors the most confidence would be a purpose-built, regulated, insured, enterprise-grade custodian. Today, regulated crypto custody providers in the US include familiar financial names with bank trust charters and undergo significant regulatory scrutiny. By and large, US professional investors either work directly with these firms or access them by proxy through funds and investment products that use these custodians to hold assets.

Clearly, progress is being made, but this is an area institutional investors will want to be very sure of before committing clients’ funds to cryptocurrencies.

Perhaps more than anything else, greater institutional investor cryptocurrency adoption hinges on regulation.

Policymakers may create a regulatory environment that fosters greater trust in the asset class or at least some crypto assets, while making it less attractive for others.

China provides an example of the more restrictive path.

A similar ban seems relatively less likely in Western countries, but the possibility of restrictions shouldn’t be dismissed.

As it is, Western policymakers are far from warm.

European Central Bank President Christine Lagarde dismissed Bitcoin as a currency, saying, “This is a highly speculative asset, which has conducted some funny business and some interesting and totally reprehensible money-laundering activity.

”Former US Federal Reserve Chairman and now US Treasury Secretary Janet Yellen has described Bitcoin as, “… a highly speculative asset ……and I do worry about potential losses that investors can suffer.”

Secretary Yellen further remarked that “It’s an extremely inefficient way of conducting transactions, and the amount of energy that’s consumed in processing those transactions is staggering.”

In the UK, the Financial Conduct Authority (FCA) has stated that consumers who invest in cryptocurrencies “should be prepared to lose all their money.”

Perhaps central banks will introduce their own cryptocurrencies and thus displace privately issued cryptocurrencies. Various government agencies around the world have contemplated the idea of making an alternate digital currency with the hopes that it would open up the global payments system to those who don’t have access.

Historically, the power to issue currency has rested exclusively with governments. Doing so is essential to the management of economies.

Cryptocurrencies represent a truly radical break from history implying a profoundly different financial system and economy, the dimensions of which are difficult to properly think through, at this juncture. Little wonder policymakers and regulators are wary, even hostile.

My comments have sought to explain why most institutions remain cautious, even as we spend time learning more about cryptocurrencies as well as the technology that makes them possible.

However, it would be remiss of me not to provide at least one positive case for cryptocurrencies.

As an investment organisation defined by diversification across many dimensions, we’re always exploring new ways of enhancing portfolios by potentially adding assets that are less correlated with the dominant asset classes of shares and bonds.

With that context, Bitcoin’s historical returns have exhibited low correlations with the returns of all other major assets. The general lack of correlation is unsurprising. Bitcoin remains an early-stage investment opportunity, and the core drivers of Bitcoin’s value are different from the main drivers of other assets. Equities, for example, are primarily driven by corporate profits, economic growth, interest rates, and tax policy.

Expecting Bitcoin’s correlation with traditional assets to increase over time is reasonable, particularly for those assets (such as gold) that might play a similar role in investor portfolios. Indeed, correlations today are higher than they have been in the past, but given the diverse drivers of returns, the likelihood of a significant increase in correlation seems low.

Not yet to cryptocurrencies

As I’ve sought to convey in this commentary, institutional investors have good reasons for investigation and interrogating cryptocurrencies, before acting.

Our evidence-based investment approach means we won’t invest until we deeply understand an emerging opportunity, but we won’t dogmatically say ‘never ever’ either.

Institutional investors like MLC are being responsible and keeping a close eye on how the crypto currency industry evolves.

Our portfolios combine our best thinking on asset allocation with a disciplined investment process - developed over 35 years - that optimises returns and reduces risk. Stay up to date with all my latest insights by clicking the follow button below.

........
This information is provided by MLC Investments Limited, ABN 30 002 641 661 AFSL 230705, “MLC” or “we”. MLC is a wholly owned subsidiary within the National Australia Bank Limited Group of companies (“NAB Group”). No company in the NAB Group guarantees the capital value, payment of income or performance of any financial product referred to in this communication, nor do those products represent a deposit with or a liability of any member of the NAB Group. This information included in this communication is general in nature. It has been prepared without taking account of an investor’s objectives, financial situation or needs and because of that an investor should, before acting on the advice, consider the appropriateness of the advice having regard to their personal objectives, financial situation and needs. Any opinions expressed in this presentation constitute our judgement at the time of issue and are subject to change. We believe that the information contained in this presentation is correct and that any estimates, opinions, conclusions or recommendations are reasonably held or made at the time of compilation. However, no warranty is made as to their accuracy or reliability (which may change without notice) or other information contained in this presentation.
save