Why we think CBA’s premium has peaked 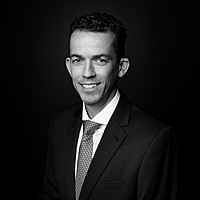 Across three decades the market has valued Commonwealth Bank (ASX:CBA) - Australia’s largest bank - at a premium relative to its three peers. Whether we look at earnings, dividends or book measures of valuation, CBA has consistently traded at a 15-20% premium since the 1990s.

CBA's premiums are currently 2-3x higher than what we have seen over the past 20 years. Analysts across the market cannot make sense of this expanded premium, which began to emerge in 2019. CBA today is the only Refinitiv consensus Sell-rated (since August 2020) bank amongst the big four. And it goes further, with CBA having more analyst Sell ratings than all three peer banks combined.

Whilst CBA’s premium valuation seemingly defies gravity; there are valid reasons to suggest a premium rating is warranted. CBA’s higher return on equity, dominant retail bank, technology leadership, and a track record of a more consistent operating performance are all valid reasons.

The key question remains, why is this premium higher than at any other time in CBA's history? We have recently reduced our bank sector call to underweight, given a more balanced prospect between earnings growth and valuation.

Our preferred exposures of National Australia Bank (ASX:NAB), Westpac (ASX:WBC) and ANZ (ASX:ANZ) all play to an earnings and execution improvement story. All trade on much lower valuation measures vs CBA. We also prefer niche player Judo Capital Holdings (ASX:JDO), given the prospects for rapid market share growth in business lending.

CBA is the most recent of the big four banks to float in 1991. This marked the passage from the government to public ownership of CBA. It did not take long for the signs of a premium rating to emerge in the mid-1990s, only 5 years after the company was listed.

In the late 1990s and early 2000s, both price-to-earnings (PER) and price-to-book (P/B) showed a clear premium. The size of CBA’s premium multiple has become more pronounced post-GFC, with a 15- 20% PER premium vs peers emerging. This level of premium remained relatively steady from 2006/07, through to the Banking Royal Commission ending in 2018/2019.

Post Banking Royal Commission, the size of CBA’s PER premium has risen to almost 50%, whilst on a P/B basis, the premium is closer to 70%. In both cases a clear expansion has occurred since 2019.

CBA’s premium rating is not just on display through valuation measures. The CBA share price has also been the highest performing of the major banks since 1990, with a total return almost double what second-placed ANZ has generated. It is notable that the outperformance differential has accelerated post-GFC.

CBA’s asset base is broadly the same size as peer banks at ~$A1tr in size (interestingly, CBA has not always been the largest bank by total assets over the past 5 years). Yet despite the similar size of asset bases, CBA consistently earns ~$8-9bn of annual earnings vs peers in the $6-7bn range.

It may come as a surprise that CBA has typically run a higher leverage ratio than its peers, holding both lower reserves and liquidity.

This is critically important, as when your balance sheet is leveraged ~15x, it is this aspect of a bank’s design that has a more meaningful impact on returns rather than management influence.

To be sure, management can provide overlays on who to lend to, and who to avoid. Still, the level of leverage is ultimately the key factor in determining the earnings of a bank (that and survivability!).

A bank’s reserve ratio measures the bank’s level of liquid assets (cash, short-term government bonds) to deposits. The temptation for a bank is to run lower reserve levels freeing up assets for additional loans, which is fine until loans begin to go bad. Relative to NAB, CBA has always held a much lower level of reserves. In other words, CBA has run a more aggressive balance sheet vs NAB.

Exhibit 5: CBA reserve ratio has consistently been lower than NAB

On liquidity, it is a similar story. CBA has been more aggressive than NAB over the past 30 years, holding a lower level of liquid assets relative to the bank’s total asset base. This allows for additional capital to be lent out to earn a return. Of course, holding lower liquid assets needs to be treated carefully, as running out of cash is a terminal event for a bank.

Exhibit 6: CBA has held a lower liquidity ratio vs NAB, which is a more aggressive approach to risk management

The more aggressive balance sheet settings for CBA have been successful to date, with CBA generating a superior level of earnings growth over the past 15 years. The magnitude of earnings outperformance, double that of second-placed ANZ, also speaks volumes about how CBA has gone about its business over the years. Higher leverage, but with a sharper, more consistent focus.

EPS is, of course, a function of both earnings and share count. CBA, along with ANZ, have been the most disciplined of the major banks in issuing shares. Since 2010, ANZ and CBA have increased their share count by 15% and 17%, respectively. In contrast, WBC has risen by 31% and NAB by 64%. Unless cancelled or bought back, an increase in share count is a permanent headwind for EPS growth.

Exhibit 7: CBA’s EPS growth has been vastly superior to its peers

Looking forward, pre-provision profit growth across the major banks is expected to average 8% over FY22- FY24E as some of the cost savings take effect. CBA is expected to lag at just 3%, well behind the 11-12% of both NAB and WBC which are in repair and rebuild mode.

CBA’s ability to generate higher earnings whilst limiting the level of share issuance has resulted in a higher return on equity. Over the past 30 years, CBA’s ROE has been 2-3 percentage points higher than peer banks.

Exhibit 8: CBA has consistently generated an excess return on equity vs peers*

The ability of CBA to more consistently and more efficiently (less capital intensive) generate returns is ultimately the key reason why CBA’s equity commands a premium relative to peers.

We have accessed a number of the common arguments put forward by investors to explain CBA’s premium multiple, and in short, are left unconvinced they adequately explain the valuation expansion.

Exhibit 9: Our take on the arguments for the expanded CBA valuation premium

This is the key question for investors. With such a large expansion in the  valuation premium since 2019, can the current level be maintained or does mean revision set in at some point?

Ultimately, we side with a view that elevated valuation multiples of CBA will face a mean reversion challenge – typically brought on via an unexpected misstep or crisis within the bank. These events are, by nature, difficult to forecast.

Even the best performing banks lose operational momentum and investor enthusiasm from time to time. This week’s 1Q22 update from CBA, which implied a collapse in CBA’s net interest margin during the quarter, could well be the trigger for investors to reassess CBA’s premium multiple.

The relative premium of CBA vs peers could also narrow by peer bank share prices outperforming. All three peer banks are arguably in a state of repair and renovation, with investors still questioning (as implied by depressed valuations) whether the current strategies will deliver durable ROE improvement.

Of CBA’s three peers, we see NAB showing the most convincing early signs that its operational momentum can lift its ROE.

NAB is our preferred major bank. The outsized CBA valuation premium is hard to justify on the basis of the fundamental outlook. We see a real risk that the valuation premium erodes to a more modest level over the medium-term.

At Wilsons, we think differently and delve deeper to uncover a broad range of interesting investment opportunities for our clients. Stay up to date with all my Australian Equity insights by hitting the follow button below.

........
All figures and data presented in this research are accurate at the date of the report, unless otherwise stated. Wilsons Australian Equity Focus List (Focus List) is a weighted list of the Investment Strategy Group’s (ISG) preferred companies. The Focus List can hold up to 25 companies, largely taken from the S&P/ASX 300. Stocks may be substituted at any time at the discretion of the ISG. Performance numbers around the Focus List are unaudited, and should be used only as a guide to indicate returns if investors were to follow the Focus List. For further information please contact your Wilsons Advisor. This document has been prepared by Wilsons Advisory and Stockbroking Limited (AFSL 238375, ABN 68 010 529 665) (“Wilsons”) and its authors without consultation with any third parties, nor is Wilsons authorised to provide any information or make any representation or warranty on behalf of such parties. Any opinions contained in this document are subject to change and do not necessarily reflect the views of Wilsons. This document has not been prepared or reviewed by Wilsons' Research Department and does not constitute investment research. Wilsons makes no representation or warranty, express or implied, as to the accuracy or completeness of the information and opinions contained therein, and no reliance should be placed on this document in making any investment decision Any projections contained in this communication are estimates only. Such projections are subject to market influences and contingent upon matters outside the control of Wilsons and therefore may not be realised in the future. Past performance is not an indication of future performance. In preparing the information in this document Wilsons did not take into consideration the investment objectives, financial situation or particular needs of any particular investor. Any advice contained in this document is general advice only. Before making any investment decision, you should consider your own investment needs and objectives and should seek financial advice. You should consider the Product Disclosure Statement or prospectus in deciding whether to acquire a product. The Product Disclosure Statement or Prospectus is available through your financial adviser. Wilsons Corporate Finance Limited ACN 057 547 323, AFSL 238 383 acted as: • Judo Capital Holdings Ltd (JDO.ASX) - Co-Lead Manager in the October 2021 Initial Public Offering for which it received fees or will receive fees for acting in this capacity. Wilsons Advisory and Stockbroking Limited may have a conflict of interest which investors should consider before making an investment decision. Wilsons Advisory and Stockbroking Limited, Wilsons Corporate Finance Limited and its related bodies corporate trades or may trade as principal in the securities that are subject of the research report. Wilsons Corporate Finance Limited ACN 057 547 323, AFSL 238 383 may have participated in some capacity with regard to capital raisings for some of the companies mentioned in this article. To manage any conflicts of interest with Wilsons Research, full disclosure on any relevant corporate transaction may be found on our website.
save

John Lockton joined Wilsons in 2010 as Senior Investment Strategist and has more than 20 years’ experience in investment markets. His primary areas of focus are equity strategy, security analysis and portfolio management. John is the Head of...

Get investment ideas from John Lockton when you sign up to Livewire Markets.