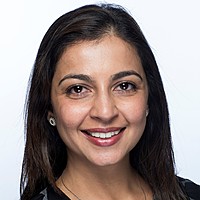 After somewhat of a slow start to the year, bond issuance has gathered momentum. While this has been mainly led by governments and financial institutions issuance, good quality corporate issuers are also taking advantage of the market conditions to lock in funding and shore up capital.

Over $190bn worth of AUD denominated bonds have been issued in the calendar year to 31 July 2020 across corporate, financial institution and government issuers. This data is based on Bloomberg information and excludes short dated securities such as T-bills as well as securitisation transactions.

What is surprising is that this figure is well ahead of that from the previous comparable period. In the calendar year to 31 July 2019, there was just over $110bn of bond issuance from corporates, financial institutions and governments. As expected, a vast majority of this increase in 2020 has been made up of issuance by government bodies as they raise funds to support the various programs and nation building projects aimed at supporting the economy in its current delicate state.

Between January and July 2019, issuance across the Commonwealth and state governments amounted to $43.5bn, whereas over the same period in 2020, these government entities issued over $127.8bn of bonds. The Commonwealth government alone has issued $93.2bn across five maturities this year, compared to one $22.5bn issuance in the first seven months of 2019. The Commonwealth government’s most recent bond had a maturity of 2051 and pays a coupon of 1.75%. The demand for bonds is so high at the moment that this bond, which was over 2-times oversubscribed at issuance, is already trading with a lower yield than at issuance.

Furthermore, the RBA is buoying the government bond market with its bond-buying programs aimed at yield curve control.

Outside of the Australian Commonwealth and state governments, the year to date AUD government bond issuance has been from government authorities such as the National Housing Finance and Investment Corp. and foreign government and supranational entities, such as The Korea Development Bank and Province of Alberta, Canada. These entities are regular Kangaroo issuers (offshore issuers of AUD bonds) and this AUD issuance is highly sought after by offshore investors given the Australian market is still offering yields well in excess of our global counterparts.

We are also seeing increased client interest in government bonds from private clients as investors look to improve their portfolio quality by including these higher rated bonds. The recent Commonwealth government 2051 bond and the QTC 2033 (older issuance) bond are two securities particularly sought after by investors.

Unlike government bond issuance, corporate (including financials) issuance has lagged the volume seen in the first half of 2019. That is understandably so, especially given the financial market turmoil and general economic uncertainty experienced over this period.

Interestingly, issuance by corporates in the past three months has picked up significantly. The reasons behind this include increased investor demand coming from a system that is currently flush with cash and looking for investments; liquidity support provided by the RBA; and finally, the opportunity present for corporates to fill their coffers with cheaper funding to shore up balance sheets.

In terms of financial institutions, there has been a large volume of issuance by offshore banks such as UBS, Morgan Stanley and Barclays with the majority of these bonds being senior ranking, unlike last year where there was a significant amount of subordinated Tier 2 capital bonds issued.

We expect that this Tier 2 issuance will start picking up in the second half of this year as banks and insurance companies once again refocus on their capital adequacy requirements. Genworth and Mystate have already issued Tier 2 bonds, and it is expected that other institutions such as IAG will shortly follow.

We are seeing a lot of investors sitting on the sidelines waiting to invest their cash in fixed income at a “better time”, however, as the saying goes “the best time to invest was yesterday”. We recently looked at performance of newly issued bonds, which shows that the current interest rate outlook means that yields are likely to continue to compress.

........
This document has been prepared by FIIG Investment Strategy Group. Opinions expressed may differ from those of FIIG Credit Research. The contents of this document are copyright. Other than under the Copyright Act 1968 (Cth), no part of it may be reproduced, distributed or provided to a third party without FIIG’s prior written permission other than to the recipient’s accountants, tax advisors and lawyers for the purpose of the recipient obtaining advice prior to making any investment decision. FIIG asserts all of its intellectual property rights in relation to this document and reserves its rights to prosecute for breaches of those rights. FIIG Securities Limited (‘FIIG’) provides general financial product advice only. As a result, this document, and any information or advice, has been provided by FIIG without taking account of your objectives, financial situation and needs. FIIG’s AFS Licence does not authorise it to give personal advice. Because of this, you should, before acting on any advice from FIIG, consider the appropriateness of the advice, having regard to your objectives, financial situation and needs. If this document, or any advice, relates to the acquisition, or possible acquisition, of a particular financial product, you should obtain a product disclosure statement relating to the product and consider the statement before making any decision about whether to acquire the product. Neither FIIG, nor any of its directors, authorised representatives, employees, or agents, makes any representation or warranty as to the reliability, accuracy, or completeness, of this document or any advice. Nor do they accept any liability or responsibility arising in any way (including negligence) for errors in, or omissions from, this document or advice. FIIG, its staff and related parties earn fees and revenue from dealing in the securities as principal or otherwise and may have an interest in any securities mentioned in this document. Any reference to credit ratings of companies, entities or financial products must only be relied upon by a ‘wholesale client’ as that term is defined in section 761G of the Corporations Act 2001 (Cth). FIIG strongly recommends that you seek independent accounting, financial, taxation, and legal advice, tailored to your specific objectives, financial situation or needs, prior to making any investment decision. FIIG does not provide tax advice and is not a registered tax agent or tax (financial) advisor, nor are any of FIIG’s staff or authorised representatives. FIIG does not make a market in the securities or products that may be referred to in this document. A copy of FIIG’s current Financial Services Guide is available at www.fiig.com.au/fsg. An investment in notes or corporate bonds should not be compared to a bank deposit. Notes and corporate bonds have a greater risk of loss of some or all of an investor’s capital when compared to bank deposits. Past performance of any product described on any communication from FIIG is not a reliable indication of future performance. Forecasts contained in this document are predictive in character and based on assumptions such as a 2.5% p.a. assumed rate of inflation, foreign exchange rates or forward interest rate curves generally available at the time and no reliance should be placed on the accuracy of any forecast information. The actual results may differ substantially from the forecasts and are subject to change without further notice. FIIG is not licensed to provide foreign exchange hedging or deal in foreign exchange contracts services. FIIG may quote to you an estimated yield when you purchase a bond. This yield may be calculated by FIIG on either A) a yield to maturity date basis; or B) a yield to early redemption date basis. Some bond issuances include multiple early redemption dates and prices, therefore the realised yield earned by you on the bond may differ from the yield estimated or quoted by FIIG at the time of your purchase. The information in this document is strictly confidential. If you are not the intended recipient of the information contained in this document, you may not disclose or use the information in any way. No liability is accepted for any unauthorised use of the information contained in this document. FIIG is the owner of the copyright material in this document unless otherwise specified.
save

Asmita is FIIG Securities’ Fixed Income Investment Specialist, with over 15 years of experience in financial markets. In her current role Asmita provides clients with key investment insights and trade opportunities in the corporate bond market.

Get investment ideas from Asmita Kulkarni when you sign up to Livewire Markets.