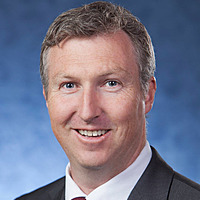 Despite their strong numbers GMG has underperformed the benchmark in the 12 months to 31 July 2016, albeit they’ve posted a 19.4% return vs the REIT 300 Index of 24.2%. Over three years and five years they're marginally ahead of the benchmark. One issue is the perceived overhang of stock via China Investment Corporation's (CIC) almost 10% stake in the business. CIC were one of GMG's saviours during the GFC and sold down a portion in 2012 for around A$520m, with the remaining shareholding now worth around A$1bn. Not bad for an initial $500m outlay in 2009. Every six months there's an article about the potential sale of the stock. There's also some investors who think the cycle is close to the peak and that fund managers should be avoided. One investor summed it up with "you don’t want to be the last one on the dancefloor when the lights come on". With record low interest rates, and pressure domestically for them to get even lower, we don’t think the lights are coming on this year and despite modelling a massive downturn in their development division, GMG screens relatively well. One concern has been employee expenses (including share based payments) which have risen ~20% per annum over five years versus the distribution of ~6.5% pa. Management can expect some questions about that.

We met with management from the Folkstone Education Trust (FET), who delivered another pleasing result. The team are very impressive and acutely aware of the risks in their space. FET own around 385 childcare centres in Australia and New Zealand with the major tenant being Goodstart Early Learning Limited (60%) in Australian and Best Start Educare in New Zealand. The assets are leased on a triple net basis, with a typical lease of 15 years, with two additional five year options. The portfolio is 99.5% occupied, with the existing leases having a weighted average lease expiry of 8.2 years. This is the type of stock that we like, having long term leases with fixed reviews and the tenant paying for everything (rent, utilities and maintenance). Demand from operators is growing with over 660,000 families utilising a child care centre in Australia.

The PropertyLink (PLG.ASX) float disappointed investors who were hoping that the FY17 distribution yield of 7.7% would lead to strong demand. The simple fact is that a higher yield means that there's more risk. As opposed to the Viva Energy REIT (VVR) float which has 15 year average leases to Viva with fixed annual reviews, PLG offered a portfolio with an average lease expiry (WALE) of 3.6 years and the forecasts assume FUM growth (they don’t have it yet). This is a stock for real property lovers, who take the journey of buying unloved assets, repositioning them and hopefully making money along the way. We liked the team who have a long track record of value-add but we prefer to see some results on the board rather than pay up front. The VVR and PLG floats show clearly that investors will reward those stocks with low risk (VVR), and be hesitant towards those with risk (PLG). Following on from the success of the Viva float comes news that Woolworths' petrol station business may also be up for grabs. Caltex Australia is rumoured to be interested, with one broker arguing that their share price was understated given the sites that they already own. Watch this space.