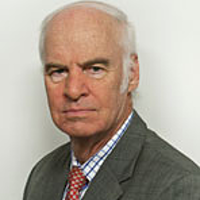 The US and Australia are in different employment cycles. As a result of a Fed Funds rate near zero and quantitative easing, US unemployment is falling. In Australia, interest rates are well above the zero bound. The RBA was worried that there might be a possible wages breakout caused by the mining construction boom. It therefore kept a firm hand on monetary policy. This has resulted in an extended growth recession. A growth recession is what happens when growth in the labour force is faster than growth in employment. Unemployment goes up. In Chart 1 we can see the level of Australian unemployment since January 2003. The period from 2003 to 2008 saw falling unemployment. Australian unemployment found a low of 4.1% in March 2008. That low in unemployment has never been tested again this century. This article discusses the relationship between unemployment, inflation and the direction of future interest rate movements. (VIEW LINK)

Michael was an Australian Trade Commissioner serving in Saudi Arabia and Indonesia. He joined Morgans (now Morgans Financial Limited) in Sydney in 1988. He was Chief Institutional Options Dealer until moving to Brisbane in 1990 as Economist and...

Get investment ideas from Michael Knox when you sign up to Livewire Markets.