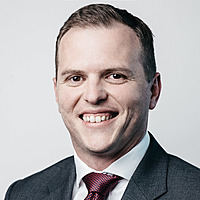 - Banks have dramatically improved their capital positions in two main ways – firstly by lending more prudently, and secondly by increasing issuance of securities that create an additional line of defence for bondholders and depositors.

- Australian banks are some of the few in the world that offer hybrid securities direct to retail investors. Significant tax benefits create incentives for retail investors to increase exposure to this small group of financial institutions that have similar risk exposures.

- Wholesale bank capital securities offer some of the most attractive returns within the fixed income spectrum (typically between 4-7%pa, which can be higher than the equivalent ordinary dividend yield), even without the benefits of franking. Their complexity, however, requires careful analysis to define and pinpoint key risks.

Following the upheaval of 2008-2009, regulators took particular aim at the banking sector, singling it out for its central role in the crisis. Not surprisingly, governments subsequently empowered regulators to take a much stronger stance on these institutions globally.

There has been two main channels through which this process has played out. The first has been by making risky, or unconventional lending more expensive. Banks responded by simplifying business models, shedding risky or unprofitable business lines, and by engineering an orderly retreat toward home domiciles and/or more familiar markets. An excellent example of this is Citigroup (Citi). In 2007, Citi had one of the most expansive consumer lending platforms in the world, offering personal finance products such as credit cards in as many as 100 countries. The GFC exposed that model, which required large amounts of short-term financing, to be extremely fragile. Indeed, taxpayer funds were required to support Citi and many of its competitors, triggering significant political backlash.

Separately to the reforms above which were targeted at the asset side of the balance sheet, banks have also been compelled to hold more capital against their assets. More specifically, additional capital is required to be held against riskier forms of lending, and banks have responded by honing risk assessment and lending practices. In Australia, even the humble residential mortgage has come under scrutiny because they are so prevalent on bank balance sheets. Unfortunately, some of the changes have likely contributed to out-of-cycle mortgage rate increases for borrowers, but the Australian banking system is now considerably stronger than it was 10 years ago.

The push to fortify the banking sector has led to a massive expansion in a sector of the fixed income markets known as bank capital securities. Australian retail investors would know these securities as hybrids, or listed interest rate securities. However, similar instruments issued by institutions globally trade in wholesale or institutional markets. Figure 1 shows the relative market sizes of the Australian and global bank capital markets. We estimate that the global capital securities market is up to nine times larger than the Australian dollar segment, with a much greater diversity of issuer.

The Australian market is represented by only 10 major issuers, while the global market represents more than 80. More importantly, these institutions have operations outside of Australia, offering an important geographic diversification opportunity. For example, a systemic issue in the Australian banking system could cause a contagion effect locally, but would be unlikely to materially impact the Singaporean or Canadian market.

From a corporate fundamentals perspective, having access to banks in Canada allows you to invest in some of the most profitable large institutions in the world. Similarly, investing in US and Singaporean banks provides exposure to vastly different balance sheet structures (measured by the Leverage Ratio) when compared to Australian banks.

Australian banks are overweight residential mortgages compared to their global peers. Australian (and Swedish) banks have up to 70% of gross lending assets (GLA) in residential mortgages, whereas banks in the United States and Singapore have a more even mix between personal and commercial lending. Furthermore, there are vast differences in how banks fund their assets. Australian banks have traditionally been significant importers of capital to fund the deficit between lending assets and the deposits of its customers. In contrast, many offshore banks hold a large surplus of deposits relative to lending, reflecting structural differences in various economies and liquidity preferences of individual banks. Both factors are important when considering investment in the capital securities of these institutions. Terms and conditions of individual instruments can vary considerably, offering additional diversification opportunities. For example, a majority of global capital securities have a fixed-to-floating coupon rate, compared to simple floating interest rates in Australia. The interest rate is fixed for a certain period (usually five years) from issue, after which it reverts to a floating margin over a reference rate. The fixed-to-floating structure is important to provide some protection from rising interest rates, especially as a call date approaches.

When it comes to the call date, international bank capital issuers make it very clear that any call decisions are made purely on financial and economic considerations. For example, if a security is approaching a call date and the implied interest rate after the call is lower than the expected cost of calling and offering a new security, the existing instrument will remain on issue. Therefore, the investor must have some way to estimate the chances of a non-call and the impact on prices/yields if that were to occur.

Capital securities have an attractive return profile because of their position in the capital structure. In spread terms, Additional Tier 1 (AT1) securities typically trade twice as wide as a Tier 2 security, or about four times wider than a senior unsecured bank bond. In yield terms, a new issue with five years to first call will typically offer a coupon between 5% and 7%, depending on the credit rating and other factors, including those discussed earlier. Individual bond performance can vary widely, and for a number of reasons. Economic fundamentals in the country of exposure and corporate fundamentals always play an important role, but the structural variation between individual securities is also crucial. In our view, the most important factor is the stability and sustainability of the issuer’s profit. A solid profit provides a strong first line of defence against credit losses if there is an economic downturn or some form of financial crisis, as well as the capacity to pay bond coupons and ordinary dividends.

Despite significant variation, reference to the amount of regulatory capital relative to legislative requirements is a factor common to all capital securities. As capital levels fall, the issuer is progressively restricted from paying ordinary dividends and ultimately can be forced to convert an AT1 security into equity to bolster overall capital. Appendix 1 contains further details on how this mechanism works.

In response to falling capital levels, a number of actions can be considered, including:

As an investor in hybrid securities, understanding how the bank may respond in such a situation is important when determining the risk profile of an instrument. There are no easy answers when weighing up these risks, and remains a difficult task even for professional investors.

In a world where income remains keenly sought after, bank capital securities are well placed to meet this demand. Their position in the capital structure leads to them offering some of the highest yields of all investment grade, or near-investment grade bonds, in a range that can easily meet or exceed the ordinary dividend yield of the issuer. Australian retail investors are limited to local issuers, exacerbating already significant concentration risks, especially when equity holdings are included. We have shown that by expanding the universe to include selected offshore markets, a more robust portfolio can be constructed. At Daintree Capital, our Core Income Trust includes an allocation to Tier 2 securities, while our High Income Trust incorporates AT1 and Tier 2 securities as an integral part of the strategy. Disclaimer: Please note that these are the views of the writer and not necessarily the views of Daintree Capital. This article does not take into account your investment objectives, particular needs or financial situation.

Brad Dunn commenced with Daintree in May 2017 as a Senior Credit Analyst. Prior to Daintree, Brad was with Ord Minnett for over 10 years. Brad’s most recent role at Ord Minnett was as Senior Analyst and Portfolio Manager in the Fixed Income team.

Get investment ideas from Brad Dunn when you sign up to Livewire Markets.