We did it. We survived reporting season. And what a season it was. Value stocks far outperformed growth, as the reality of rising rates became very real. Meantime, financials lifted on these very same fears, while commodity-related miners also soared, pushed higher by the Russian invasion of Ukraine.

But on an idiosyncratic level, there were a number of surprises that delivered on the upside. Think Treasury Wines, which somehow redistributed its fine bottles of plonk despite losing business in China, or wealth platform HUB24, which managed to shoot the lights out when its competitors disappointed. And who can forget new market entrant Endeavour Group (and a recent Woolworths demerger), which was bid up more than 10% following its surprisingly smashing result.

In this episode, Centennial Asset Management's Matthew Kidman was joined by abrdn's Michelle Lopez and Firetrail Investments' Blake Henricks for their thoughts on these three high-quality results.

Plus, for good measure, we also asked them to name one stock that massively disappointed this February reporting season. You won't want to miss this one.

Note: This episode of Buy Hold Sell was shot on Tuesday 1st March 2022. You can watch the video, listen to the podcast or read an edited transcript below.

Matthew Kidman: Welcome to Buy Hold Sell, brought to you by Livewire Markets. My name is Matthew Kidman. And today, we're going to review the profit reporting season - the best and some of the worst. And to talk about it, we've got Blake Henricks from Firetrail and Michelle Lopez from abrdn.

Michelle, let's start with you. Treasury Wines, I thought it was all over. China said no more wine from Australia, but it's done pretty well. The result was quite good. Buy, hold or sell?

Michelle Lopez (HOLD): It has done well, so it's a hold. And to give credit where credit is due, they have done a phenomenal job in pivoting their sales from China into other parts of the market, particularly with their Penfolds brand. The issue that we see from here is that margins are going to stabilise, but they're going to stabilise lower. And they're facing some pretty significant cost increases. Yes, we've got the increases from the supply chain, which is affecting everyone, but they've also got fires and droughts that they've been battling. And then when you look at the valuation, we just don't think that there is much upside from here. It's trading about at a 15% discount to its long term forward PE. So it's a hold.

Matthew Kidman: Treasury was one of those ones, Blake, that there was not a lot of great expectations around. It came out, a bit better. Bang! It was up around 10% on day one. Buy, hold or sell?

Blake Henricks (HOLD): It's a hold for us as well. I mean, I've never been so wrong about something in my life. When they lost China I just thought, we'll come back in five years and maybe we'll mend fences and they can get it. But they've actually re-allocated 50% of those China sales back into other parts of Asia. They think, in the next two years, they will have re-allocated 100%. So, management has done an amazing job. I think the question is still going to be about sustainability. So you've got to do your work and work out how sustainable you think that's going to be.

Blake Henricks (HOLD): They're just killing it. They're taking so much market share. It's a hold for me. I'm getting a lot of people telling me I should buy it for rate leverage. But the thing I think people forget is, yes, they'll make more on their cash balances, but what about the 45 times PE? Those things don't go in the same bucket. So for me, it's a hold.

Matthew Kidman: It was a terrific result, given the other two. And it came out - it held its margins. The other two struggled. Buy, hold or sell on HUB24?

Michelle Lopez (BUY): We're still buying this one. I think it's one of those stocks that have really got a lot of momentum, particularly behind the inflow of FUM or FUA that's coming through. Yes, it is on a high multiple, but it's also growing at 30% consistently. And we can see that carrying on at least for the next 3, 4, 5 years. The other interesting thing is they have been incredibly strategic in their acquisitions. So they've done one recently in the non-custody space and the self-managed super fund space, and they're well ahead of peers here. And we think that's setting them up really nicely for that future growth profile. So it's a buy.

Michelle Lopez (BUY): It's a buy, even though it did pop 10% on the day. So it was a very strong result. And the result was driven very much by the retail part of the business. So they have Dan Murphy's and BWS stores as an example. And there was permanency in the margin improvement, we felt. So there's premiumization happening within the portfolio, but they're also penetrating their own brand. So that's done really well for them.

But the next part of this story now is where we're looking to the future, which is the hotels. So they own the largest portfolio of hotels and pubs in Australia. And we think, with the reopening dynamic happening now, and mobility, and people getting back to some kind of normalcy, as we are today, they're going to benefit from that. And that part of the business has three times the margin that the retail does. So it's a buy.

Matthew Kidman: Normally, with these spin-outs, it takes a little while for them to get a bit of momentum. But at Endeavour, they were popping the champagne corks straight out of the gate. Buy, hold or sell?

Blake Henricks (SELL): For me, it's a sell. It's a cracking result. And they've done so much better in the hotels business, in trade. And I do agree with Michelle, they are hedged in terms of the re-opening versus the "stay at home" trade. For me, we've got much better options, we think, in the re-opening trade. And there are also better options on the defensive trade. So it's sort of a bit of a hybrid - I've got to sell it so I can buy some other stuff that I really like.

Matthew Kidman: Hold that thought for a bit. Let's go out on a low note. What was one stock that did really badly in reporting season and you thought, well, I don't need to go there?

Blake Henricks (SELL): Well, I don't want to kick them while they're down. But Zip Co (ASX: Z1P). I've just had a look at their result, and one really interesting thing caught my eye, and that was bad debts. A year ago, bad debts were running at 1%. They've jumped up to 2.6%. And if you look at the slides, they're saying, the lack of US stimulus and cash handouts are starting to impact bad debts. We don't own it. But if I did own it, I'd be wanting to understand a lot about what that trajectory is. Because when we look at US cards, like the AMEX's of the world and the charge off rates, Zip is bucking a downward trend. So let's work out what's going on there.

Matthew Kidman: Zippy name, but not a zippy share price at the moment. Michelle, have you got something that can even do worse than Blake's Zip?

Michelle Lopez (SELL): I don't know if it'll do worse. But the one sell for us is Appen (ASX: APX). We were looking at Appen, we don't own it. We haven't owned it for almost 18 months. But it was reaching a very attractive valuation level. So it's now on 15 times. It's profitable. It's got cash on the balance sheet. But the result really reiterated it remains a sell.

And a couple of things came through. Firstly, the visibility. Management is trying to provide more visibility, yet they move away from providing revenue numbers, and they provide this aspirational FY26 target. It doesn't help in this environment. Then you've got the custom concentration risk that they have within their books. And to me, when I look at that multiple, it looks attractive, but in fact, it's a reflection of the quality deteriorating in that earnings base. So it remains a sell at this point.

Matthew Kidman: So it was a tough reporting season. There was good and bad. But all three of us got through it somehow. Give it a thumbs up, it was a great show. And if you want to see it again, why don't you sign up to the Livewire Markets channel on YouTube. 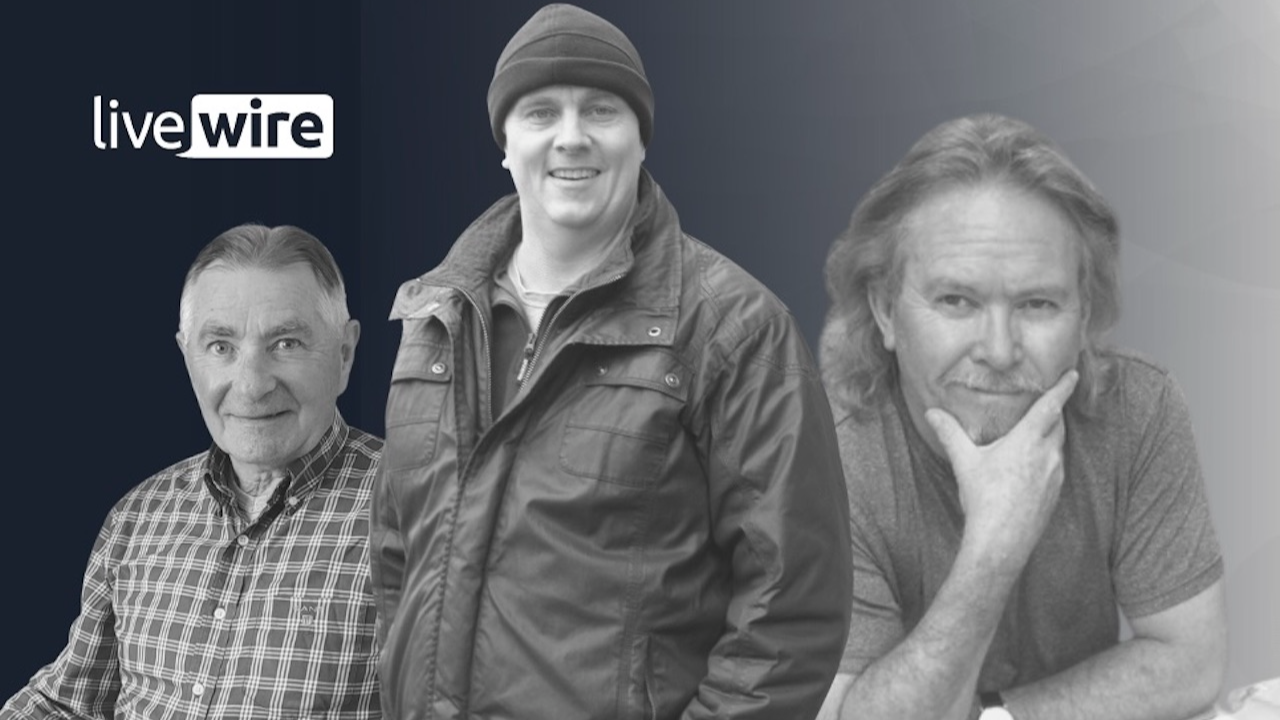 Education
Meet the investors: 8 more readers' lessons, and all their top 5 holdings
View
........
Livewire gives readers access to information and educational content provided by financial services professionals and companies (“Livewire Contributors”). Livewire does not operate under an Australian financial services licence and relies on the exemption available under section 911A(2)(eb) of the Corporations Act 2001 (Cth) in respect of any advice given. Any advice on this site is general in nature and does not take into consideration your objectives, financial situation or needs. Before making a decision please consider these and any relevant Product Disclosure Statement. Livewire has commercial relationships with some Livewire Contributors.
save

B
Bryn Walters
4th Mar, 22
What happened to Blakes buy call at the end?

Ally Selby
4th Mar, 22
Hi Bryn, thanks for your comment. There is a thematic episode out on Monday which features some of the results that have really impressed both Blake and Michelle.
R
RICHARD SPALDING
4th Mar, 22
As much as I appreciate Blake's view of comparing EDV with other (potentially more attractive) opportunities, his approach opens up a whole new vista of comparisons that any investment fund can make (incl my SMSF) to optimise it's assets in the short to medium term. However, as a typical SMSF with an opportunistic cash balance to deploy (as opposed to looking at buying and selling across my portfolio) I would have appreciated a 'zero based 'assesment of EDV. kind regards Rick Spalding

James Marlay
5th Mar, 22
Great episode - thanks Blake and Michelle for sharing your views. I really value the respectfully opposing views on a few of the stocks.