Can the Asian tech tigers roar back? 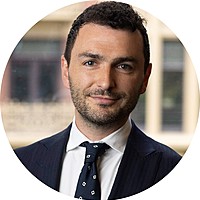 Volatility is nothing new for Asian markets, particularly after a period of prolonged uncertainty throughout the Asian tech sector.

However, recent commentary from the Chinese government has led to renewed optimism, and China’s underlying economic environment could prove to be accommodative for growth stocks across the continent over the coming year.

In this article, we revisit the case for Asian tech. We explore the attractive fundamentals of the market and analyse what the recent easing of regulation commentary and contrasting China and U.S. economic conditions, could mean for Asian technology.

As the chart below shows, the Solactive Asia Ex-Japan Technology & Internet Tigers Index looks appealing on several different metrics. For example, the index looks attractive compared to its counterparts on both a forward earnings and sales basis whilst its 12-month forward revenue growth estimate is significantly higher than MSCI World.

In addition, investing in Asian technology allows for diversification away from U.S. tech mega-caps, whilst maintaining an allocation to the global technology market. It’s also worth noting that Asian technology provides greater exposure to critical industries like semiconductors (where there is currently a worldwide shortage) and gives investors access to the large Asian consumer market (Figure 1) which shows little sign of slowing down.

With a large technologically mobile population, the ability of technology companies in Asia to generate network effects and increase profit margins is arguably unmatched elsewhere in the world.

There’s no doubt that inflation concerns in the U.S. are causing technology stocks to de-rate, as anticipated rate rises impact company valuations. Conversely, China is currently debating whether to pursue a more accommodative interest rate environment, as it looks to combat a slowing economy.

Ken Cheung, chief Asian FX strategist at Mizuho Bank, said the People’s Bank of China is expected to ease monetary policy further by lowering policy interest rates to reach the government’s annual growth target of around 5.5% having already cut the one-year loan prime rate by 10 basis points from 3.8% to 3.7% in January.

As the chart below shows, there is now a significant divergence between inflation in China and the U.S. Whilst the U.S. Fed turns hawkish, China looks to have a more accommodative environment for growth stocks as it looks to stimulate its economy. Combined with the broad sell-off in Asian technology stocks over the past 12 months, this accommodative stance could favour Asian technology as central banks in the developed world respond to inflation expectations and lift interest rates.

Since late last year – starting with an anti-trust review of online marketplace Alibaba – a range of Chinese tech companies have faced new rules and scrutiny by Chinese authorities. The market responded to this news by selling leading Asian tech names, as this regulatory uncertainty caused them to rebalance their portfolios.

However, the market was recently soothed by comments from a senior Chinese government official who reassured investors about the overarching goal of economic stability.

Recently, Liu He, a close economic adviser to President Xi, highlighted the need to facilitate Chinese companies’ access to international capital markets, ‘offering a standardised, transparent, and predictable approach to the regulation of tech giants' which promptly caused the Asian technology market to close 14.15%  higher.

Whilst Liu’s comments caused an immediate market reaction, questions remain about Chinese companies listed in the U.S. via American Depository Receipts (ADRs). ADRs provide Chinese companies with increased liquidity in the United States and any move to delist these companies would increase market volatility.

Thinking longer-term, an alternative to U.S. ADRs would be for Chinese companies to dual list on the Hong Kong Stock Exchange via H-Shares, allowing similar access to international liquidity without the scrutiny of the U.S regulator.

Whilst regulatory questions remain in China, with the technology index having fallen 46.90% since its peak in February 2021, fundamental metrics remain attractive to global counterparts, which could present a buying opportunity should we see further easing of regulatory rhetoric.

Whilst it is impossible to predict the outcomes of government regulation, and the returns over the market in the short term, Asian technology presents an interesting option when comparing global technology indices. If the Chinese Central Bank further lowers interest rates, technology stocks in Asia could stand to benefit.

Trusted by hundreds of thousands of Australian investors, BetaShares offers cost-effective, simple and liquid access to the broadest range of ETF investment solutions available on the ASX, covering almost every asset class and investment strategy.

To learn more about investing in China with BetaShares, please see our website.

j
jim mcgirr
28th Apr, 22
If the BABA share price is any indicator, it would be a brave person to punt on Chinese tech at the moment imho
N
Nathan Thomas
29th Apr, 22
Screaming buy long term imho