Child Care: the mosaic of price, policy and margins 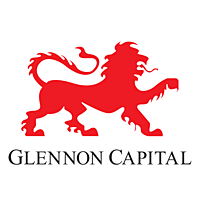 A young family has many points of financial stress to contend with at the moment. The record prices of property in Australia’s major cities make buying a property a difficult exercise. Rents have also continued to rise. Meanwhile a second issue is also consistently present for those with young children: the current cost of child care and the threat that child care costs will continue to escalate.

The wonders of compounding not only serve to magnify investment returns over time; costs are also magnified. A family being charged $100 per week in 2000 would now be paying $470 per week before subsidies. Government subsidies have kept this increase under control however, with the Child Care Benefit and Child Care Rebate meaning the out of pocket cost of child care has risen only about 4% per year since 2000.

Unfortunately the subsidies have not been indexed to inflation and so in the last 8 years the subsidised cost of child care has risen about 7.5%, while household income has risen only 2%. This has been the cause of much of the recent pressure and has led to average tax equivalent rates for mothers returning to work of up to 75%.

What has driven this increase in pricing? Demand has stayed strong as female participation in the workforce increased. Meanwhile the costs of providing child care has increased with the National Quality Framework kicking in in 2012; amongst these were more qualified staff, more staff per child and more space per child.

Supply in the meantime has not responded too sharply. In the December quarter the number of child care centres increased 0.9% to about 7000 centres Australia wide. The largest listed child care operator, G8 Education (ASX:GEM), mentioned that the 3.1% increase in national supply for the year exceeded the market growth rate 2% to 2.5% slightly. The ACT, WA, and pockets of NSW were called out as having increased supply.

The Government has proposed more subsidies for the sector, introducing the Jobs for Child Care Package last month, though unfortunately in a bill which also includes some cost cutting measures. The additional funding of $1.4bn would reduce the net out of pocket expenses for many families; if passed the changes will take effect in July 2018. So what is the impact of all this on the listed child care businesses? Pricing is an important factor in preserving and increasing margins in the face of increasing costs.

The increase in child care pricing has been beneficial to the margins of operators, though not substantially. The largest listed child care operator, G8 Education (ASX:GEM), was floated in 2007 on expectations of delivering 20% earnings before interest, taxation, depreciation and amortisation (EBITDA) margins.

After increasing revenue by 25 times (and gaining the benefits of scale) it is forecast to improve margins to only 23% next year. Other smaller listed operators Think Childcare (ASX:TNK) and Mayfield Childcare (ASX:MFD) only operate on EBITDA margins in the 17% to 20% range.

Broadly, an increase in pricing per child care spot per day of 3% will offset the currently foreseen cost increases, including staff and occupancy, of many child care businesses. Increases above that may well help to improve margins. Meanwhile these businesses continue to acquire portfolios of independent child care centres and will continue benefiting from the private to public valuation arbitrage.

Glennon Capital holds shares in G8 Education and Think Childcare. The information contained in this article is general in nature and does not consider your personal financial situation.  The information is not a recommendation or offer to buy securities.  You are advised to seek professional financial advice prior to making any investment decisions.  The views expressed in this article may change at any time, such is the nature of the investment markets.