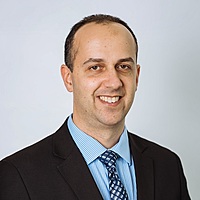 In a matter of weeks, Wesfarmers’ demerger of Coles will be complete. Coles will be listed as a stand-alone business for the first time in 11 years. You may think that both Coles and Woolworths have similar risks given that they operate in the same industry. However, a deep dive into the numbers reveals some stark differences, especially regarding their balance sheet strength.

Coles seems to have a lot going for it. Recent quarterly sales show good momentum and the 230 odd pages of the demerger scheme booklet aren’t short on positives. Coles will start its second stint as a stand-alone company with approximately $2 billion of net debt. Its current gearing metrics look reasonable (net debt / EBITDA of just 0.9x pro forma FY18) albeit not as strong as Woolworths.

Astute investors will know that from 1 January 2019, AASB 16 Leases will change how lessees account for operating leases. The new standard requires lessees to show a lease liability and a corresponding asset on their balance sheet. This eliminates the accounting practice of off balance sheet financing for retailers, most of whom rent rather than own their stores.

Note: technically we should be using NPV of lease liabilities, but since we don’t have details about discount rates we have ignored it for ease of comparison.

Unlike debt, where there is limited scope for companies to manipulate its disclosure, there is ample latitude to manage lease disclosures. Here is where things become a little odd. Coles undiscounted lease commitments are less than half of Woolworths. Yet its store footprint and lease expenses are two thirds and three quarters the size of Woolworths respectively.

Buried in the scheme booklet on page 51, section 2.13.13 Lease Commitments, we find that Coles weighted average lease expiry (WALE) is just 6.1 years. This seems strange, considering that most of their stores have been around for decades and are likely to continue operating for decades. Perhaps Coles have lots of lease extension options that aren’t included in the WALE. But to put it in perspective, Woolworths’ WALE is 11 years. A like-for-like comparison should assume both businesses are a going concern operating indefinitely and should have similar WALEs. It’s not as though Coles will be closing all of its stores in 6 years.

Furthermore, there are a couple of factors that indicate Woolworths' gearing metrics are overstated:

A deep dive into Woolworths’ annual reports reveals that its net debt is overstated in consensus data. With 70% of Woolworths debt raised in US dollars, the value of cross currency swaps has risen materially in recent years as the AUSUSD has fallen. Note 4.7.1 (iv) Hedging Arrangements on page 95 of the FY18 annual report discloses the fair value of the company’s hedge book had a net cash benefit of $314 million when the AUDUSD was 74 cents. This amount reduces the net debt by 21% from 1.53 billion to 1.22 billion. The following chart illustrates how the hedging benefit fluctuates with the AUDUSD currency. If currency hedges were marked to market at the current AUDUSD of 72 cents the cash benefit is estimated to be $460 million. The weaker the Aussie dollar the greater the cash benefit to Woolworth’s balance sheet.

Woolworths is planning to sell its petrol business and has already booked it as a discontinued business in its FY18 results. The company is seeking a trade buyer or an IPO after its $1.8 billion sale to BP was opposed by the ACCC. If the petrol business is sold for BP’s original price of $1.8 billion, its debt would be wiped out and the balance sheet would move to a net cash position. Then its gearing ratio will only be represented by its lease liabilities.

Adjusting for both the hedging benefit and the petrol sale (assuming $1.8 billion), Woolworth’s gearing reduces from 4.1x to 3.9x. Gearing will worsen for Coles and will improve for Woolworths

Coles is starting with more financial leverage than Woolworths, but maybe there is scope to reduce it over time. Unfortunately, based on our calculations this is unlikely.

Coles has underinvested in capex in recent years, following a major refurbishment program commenced in FY12. With a 7-year refurbishment cycle, Coles’ capex is set to increase over the medium term. FY19 gross capex guidance of $800 million to $1 billion is higher than the previous three years and is a sign of more to come. Coles is also playing catch-up to Woolworths on its distribution centres (DCs). Woolworths has invested $562 million in a new automated DC in Melbourne, which is due to open in February 2019. In response, Coles has just announced its own supply chain modernisation, to build two new automated DCs during the next five years. While the company hasn’t provided any capex estimates associated with this, some analysts are forecasting $1 billion for this project.

Capex needs to be funded. Coles’ high dividend payout policy, that ought to appeal to retail shareholders, may hamstring its balance sheet. The combination of elevated capex and a high dividend payout ratio of 80-90% means that debt is likely to increase. In effect, Coles will likely borrow to pay its dividend. Hence, unless the dividend is cut there is a high risk of Coles’ gearing ratio increasing over time. On our numbers net debt (excluding property sales) will increase $1.5 billion from $2 billion in FY18 to $3.5 billion by FY23.

In comparison, Woolworths capex profile is currently elevated and should decrease in the long-term. This is notwithstanding the likelihood of building a new NSW DC from 2020 (we have assumed $500 million cumulative capex). Hence, in the long term its free cash flow easily covers its dividend and any excess goes to reduce its debt. Over the next five years, the excess cash (excluding property sales) is likely to reduce Woolworth’s net debt by about $550 million.

Note: We have assumed AUDUSD remains at 0.74 for the forecast years.

Coles will start its second life as a standalone company with a decent balance sheet. Superficially, its financial liabilities look superior to Woolworths. However, a deep dive into the Coles scheme booklet and Woolworths annual report highlight that Coles gearing is understated while Woolworths is overstated.

Furthermore, given Coles high payout ratio and its rising capex profile its financial risk will increase over the long term.  On the other hand, Woolworths financial risk is moving in the opposite direction as its balance sheet is moving to a net cash position. To put this into perspective, if Woolworths were to regear its balance sheet in FY23 to match Coles gearing ratio, it would be able to buy back about a third of its market capitalisation.

For investors interested in financial risk the decision seems clear. Coles is regearing to fund capex as it needs to play catch up. Woolworths has less balance sheet risk as it is degearing, which ultimately may lead to capital management.

R
Raymond Weiershauser
8th Nov, 18
Great article.
e
eric wells
8th Nov, 18
So very well researched. As a shareholder in both companies, but with a far bigger holding in WOW, @ $4.37, I couldn't be happier. Cheers, Eric Wells
G
Geoff D
20th Nov, 18
A well researched piece and a great assessment. It is a great pity that an evenhanded analysis as this will never find its way into the mainstream media. After all selling one of the biggest local IPO's of the year to the punters is the real game.