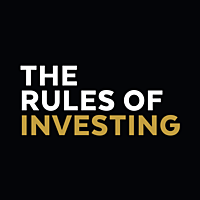 The Rules of Investing

10 years ago, Jeremy Cooper, now Chairman of Retirement Income at Challenger, chaired the Federal Government’s Super System Review, commonly known as the Cooper Review. With the final report from the Banking Royal Commission due to be released in a couple of days, we took the opportunity to talk to Jeremy about the current state of retirement in Australia.

“Retirees are well aware of increasing life expectancies, and we’re in an environment where self-provision is the order of the day. There are not a lot of people who aspire to living solely on the aged pension. So, they’re underspending – they’re being too frugal. They’re doing this because in our system, we’re effectively asking them to self-insure.”

In this episode of The Rules of Investing, we discuss what worked and what didn’t from the Cooper Review, his take on the Banking Royal Commission, and the investment risks that matter to retirees.

If you're enjoying The Rules of Investing and don't want to miss a future episode, subscribe now to get notified when a new episode is released.

The Rules of Investing is one of Australia's top investing podcasts. We interview the leading investment minds from Australia and overseas to better understand their processes and philosophy. After launching in October 2017, there have been over...

B
Bob Clippingdale
5th Feb, 19
That was a great interview. I worry the more money here is in super the less able any government will be to keep their grubby paws off it

Get investment ideas from The Rules of Investing when you sign up to Livewire Markets.