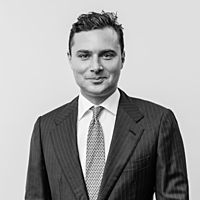 To assist investors in navigating these increasingly uncertain times, we have tried to distill in this wire some of the key themes to emerge out of earnings season. We also nominate one of our top picks in the mid-cap education space with some of the key traits we believe investors should be keeping an eye out for.

The exact figures vary from broker to broker, but the consensus view is that the February 2018 reporting period delivered one of the best outcomes in recent memory.

The statistics indicate that there have been more earnings beats than misses compared to normal, with the ratio of earnings ‘Beats’ versus ‘Misses’ coming in above the average.

Pleasingly, the percentage of companies reporting profit growth exceeded the average as did the number of businesses delivering growing dividends. This was supported by a resurgent mining sector which in recent times has enjoyed not only higher, but stable commodity prices, allowing them to boost cashflows and pay out higher dividends.

Profit growth domestically continues to lag global markets, it is therefore not overly surprising that businesses with offshore earnings and direct exposure to the synchronised global growth story delivered the strongest results.

The usual suspects, CSL Limited (CSL), Cochlear Limited (COH) and ResMed Inc. (RMD), were among those ‘overseas earners’ that delivered another set of strong numbers.

This has helped to propel the healthcare space higher by 6.9% in February, significantly outperforming the broader market, as per the chart below. Ever since the election of Donald Trump in late 2016 lead to a significant rotation in markets away from high growth and high P/E businesses, the market has been fixated with the relative performance of ‘Value’ companies versus ‘Growth’ companies. Nevertheless, when looking at the evidence provided this earnings season the distinction between the two is perhaps overstated.

Broadly speaking the market continued the theme experienced in recent years of handsomely rewarding businesses that exceeded expectations, whilst harshly treating those that erred. The market failed to discriminate between high or low P/E businesses, instead focusing on the merit of the result in isolation.

Businesses such as A2 Milk (A2M) and Nine Entertainment (NEC) were treated equally despite sitting on opposite sides of the ‘value’ spectrum, likewise Blackmores (BKL) and Harvey Norman (HVN) when it came those that missed expectations.

Whether a company was High P/E versus Low P/E had little bearing per se. Rather those businesses exposed to growth sectors that continued to demonstrate strong momentum in both the balance sheet and share price tended to deliver better results, e.g: NextDC (ASX:NXT), than those ‘cheaper’ businesses that again added to a growing thread of negative news flow, e.g.: Isentia (ASX:ISD).

I’m not suggesting investors pay any price just to hold a good quality business, but perhaps investors are better served to look for growth at a reasonable price, as opposed to having a predilection for ‘value’ for value sake.

Investors need to also take into consideration the macroeconomic framework when making their investment decisions.

For instance, during February, the three worst performing sectors were the interest rate sensitive sectors: It’s safe to assume that these falls were primarily driven by the movements in the US 10 year Treasury yield and not necessarily by the earnings reports delivered by the relevant companies.

The point here for investors is that sometimes searching for perceived value in low P/E, or unloved businesses. can at times be a thankless task given the share price movements may be completely unrelated to a company’s P/E ratio and underlying performance.

Despite there being more beats than misses this reporting season, consensus earnings growth forecasts for the market for FY18 have actually declined slightly after large caps players such as the Banks, Telstra (TLS) and Rio Tinto (RIO) underwhelmed analysts.

In recent weeks, the inverse relationship between bond yields and company valuations has been drawn to the forefront of the minds of market participants.

Investors should be well and truly aware that as bond yields rise, asset prices fall and sometimes by a disproportionate amount depending on a company’s anticipated growth profile.

However, all else remaining equal, if company earnings are growing fast enough to offset the negative effects of rising rates, then a company’s valuation shouldn’t be affected.

For instance, if the growth in company profits (which is good for equities) is faster than the rise in interest rates (which is negative) than the negative impact of rates is negated. Looking back at the earnings season just past, earnings are in theory growing fast enough to offset the rise in yields.

The question is: Will earnings continue to grow fast enough into the future?

Some people think ‘Yes’ and others ‘No’. It’s the contest of these different ideas and opinions that has caused the volatility we have recently encountered.

One business that we feel emerged from the recent bout of earnings in an enviable position is IDP education (ASX: IEL).

IDP education has a $1.8 billion market cap and is a world-leader in international student placement services. It is also a provider of English language teaching with 10 campuses in 3 countries, and a co-owner of IELTS (International English Language Testing System). IELTS has become the world’s most popular high-stakes English language proficiency test, used to determine anything from university admissions and scholarship programs, through to determining immigration intakes.

The IELTS business delivered 28% growth on the prior corresponding period (pcp), whilst placement services delivered 46% growth. Strong volumes growth in international markets such as India and Japan helped to drive the result, while the companies understated pricing power supported better than expected margin growth.

Trading on 35x earnings IDP education would be considered by many to be an expensive high P/E growth stock.

We feel the business is well positioned to capture increasing international demand for high-level tertiary education. IEL’s strong brand, scale and history in dealing with universities and administering these services, give them a strong competitive advantage, placing it in an enviable position to capitalise on these favourable tailwinds for some time to come.