For your watchlist: 2 reasons to consider private equity 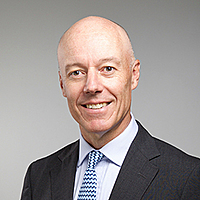 Moderna, a Boston-based US Company, is by no means an unfamiliar name to most people. As one of the first companies to conceive and develop the COVID-19 mRNA virus vaccination, it’s not surprising that the market capitalisation of this company has more than tripled since announcing its vaccination – an amazing feat for a company that is only 11 years old.

Moderna is emblematic of many of the themes we’ve been writing about recently, particularly that of companies staying private for longer. We strongly believe investors should consider investing in private equity due to this increasing thematic, with key indicators showing how much wealth creation is being funded and captured by private capital.

The initial public offering (IPO) of Moderna took place in December 2018 at which time the company was valued at US$23 a share and a record IPO market capitalisation for a biotech stock exceeding US$8 billion.

The stock price today is $440.72, which equates to a return of greater than 1800% in less than three years. While these results are phenomenal, for the venture capital and pre-IPO investors, their multiples are even higher.

The table below shows the various capital raises the company conducted prior to its IPO:

How the company was created and initially funded is particularly fascinating. In the traditional world of venture capital, technology or life science entrepreneurs establish a business around a form of intellectual property, then bring in external investors to fund the company through the various stages of development. These funding rounds are typically called seed (often raised from family and friends of organised networks of individual seed capital investors or seed funds), Series A, Series B, Series C, Series D etc…through to a pre-IPO funding round.

The genesis of Moderna followed quite a different path. Moderna was conceived as an idea by Noubar Afeyan, CEO and founder of Flagship Pioneering. His network at this company built an entire firm around the idea, thereby initially owning 100% of Moderna. In fact, in what is becoming more common among VC investors at each stage, they now often conceive and incubate companies strategically.

Within Flagship, there is an operation called Flagship Labs. this is “an internal exploration and discovery platform” that allows entrepreneurial scientists to research and develop new ideas. According to Flagship, which manages more than $US14 billion, across a portfolio that exceeds 40 companies, the majority of its companies come from this business.

Interestingly, Flagship Pioneering looks to develop and invest in “bio platforms” as opposed to developing specific drugs or treatments for a particular disease. When Moderna was established, vaccines weren't the focus. The company was first looking to apply its mRNA technology to cancers and cardiovascular disorders. The company’s own website contains a very erudite explanation of its mRNA technology describing mRNA medicines as the “Software of Life” adding that “the only thing that changes from one potential mRNA medicine to another is the coding region – the actual genetic code the instructs ribosomes to make proteins”.

Interestingly, Karuna Therapeutics ((VIEW LINK); NASDAQ: PRTC) another Boston-based company very similar to Moderna, was established around the same time as Moderna. Karuna Therapeutics was conceived and created by the listed venture capital fund, PureTech Health. Flagship Pioneering’s funds are difficult (though not necessarily impossible) for individual investors to access as they are structured as unlisted, partly-paid, single-use or capital-type vehicles.

PureTech Health, on the other hand, is a London-listed fund whose shares can be freely bought and sold on the stock exchange, so readily accessible to individual and institutional investors alike.

Karuna Therapeutics was conceived by the principals of PureTech in much the same way as Moderna was conceived by Flagship Pioneering. A scientist within PureTech, Andrew Miller, had an insight around a drug developed to treat schizophrenia, for which there is an enormous unmet need. He saw that combining the drug Xanomeline (developed by Eli Lilly), an effective antipsychotic with some undesirable side-effects, with another drug, Trospium Chloride (a generic drug in use since the 1960s), made Xanomeline more tolerable.

Karuna Therapeutics has called the combined drug KarXT, which has generated much excitement as it targets a different pathway to traditional antipsychotics.

The first antipsychotic drugs were developed in the 1950s and all this class of medicines created since have targeted the same D2 dopamine receptors. And to greater or lesser degrees, all come with the same very undesirable side effects.

KarXT offers the considerable promise of fewer side effects and because it targets alternative pathways, better treatment of all the symptoms of the disease.

As with all such drugs, KarXT, Karuna’s lead compound, still needs to go through many hoops before it gets to market – and there’s no guarantee it will. But Karuna currently has a market capitalisation of $3 billion. Its shares, which listed at US$16, now trade at US$115. But like Moderna, although public shareholders have done extremely well making more than 7-times their money, private shareholders have done better by many multiples. PureTech was a significant majority equity owner of Karuna for much of its private life. Even at its 2019 IPO, Puretech was the single largest shareholder with a stake of around 44%.

In an earlier wire Staying Private for Longer, we discussed how the structure of the market has changed. In the past, private companies were listed because such structures offered the deepest pool of capital at the lowest price. This is no longer the case. Today, fast-growing companies like Moderna and Karuna can source deep pools of private capital and scale up to multi-billion dollar global enterprises as private companies.

In our previous note, we mentioned that Apple (NASDAQ: AAPL) was listed in 1980 with a company market capitalisation of “only” US$1 billion. Fast forward to today and the company is now worth a staggering US$2 trillion. A huge amount of value was created after the company listed on the NASDAQ at the “small” market capitalisation of $1 billion. Today, companies such as Uber, Facebook, Spotify, Stripe and Airbnb are achieving valuations of $80 billion or more as private companies.

"We think we’ll have to allocate more into private than public markets because there will be more productivity and innovation there”.

Mr Costello went on to say, “How do your mum and dad get access to private markets? They can’t”. Well, he’s wrong about that.

We agree that the challenge for investors is how to participate in the extraordinary wealth creation of companies such as Moderna, Karuna and Facebook before they IPO. But we think the former Treasurer is not informed about industry trends that have been in place for at least a decade.

Increasingly, access to private capital is being “democratised”. For example, two of the largest retail investment management firms in the world – Fidelity and Wellington – were investors in Moderna and Karuna Therapeutics. Even a decade or so ago, it was inconceivable that these types of institutions might participate in these kinds of private equity transactions.

Also, individual investors could have participated in Karuna Therapeutics via the venture capital fund that sponsored it, PureTech Health Plc, which is listed on NASDAQ and the London Stock Exchange. In fact, many investors are unaware of the fact that around the world there are over 200 such listed private equity funds, many run by some of the established private equity managers, who also manage money on behalf of the Future Fund.

........
While every care has been taken in the preparation of this document, Barwon Investment Partners Pty Limited ABN 19 116 012 009 AFSL 298445 makes no representation as to the accuracy or completeness of any statement in it, including without limitation, any forecasts. Past performance is not a reliable indicator of future performance. This document has been prepared for the purpose of providing general information, without taking account of any particular investor’s objectives, financial situation or needs. An investor should, before making any investment decisions, consider the appropriateness of the information in this document, and seek professional advice, having regard to the investor’s objectives, financial situation and needs. This document is solely for the use of the party to whom it is provided.
save

Sam is a founding Partner of Barwon, and oversees the team responsible for the Global Listed Private Equity Fund and other institutional private equity mandates. Sam has worked in alternative investments since 1990.

Get investment ideas from Sam Armstrong when you sign up to Livewire Markets.