Getting it write! The 10-most read articles by Livewire contributors in 2021 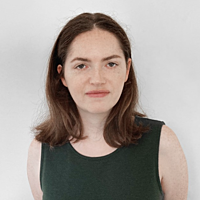 In the spirit of the New Year, we've decided to do something new at Livewire by taking a look at the 10 most-read wires of 2021.

And they do not disappoint: each inclusion offers a unique perspective, and all are penned by well-known names. Among them: Marcus Padley, Christopher Joye, Jeremy Grantham and Emma Fisher.

It might come as a surprise that the single biggest fall in Aussie house prices over the last 40 years was the innocuous episode between September 2017 and June 2019 when capital city values dropped by a record 10.2% care of the imposition of APRA's macro-prudential constraints on lending. The losses at this juncture were, in fact, much worse than those experienced during either the GFC or the COVID-19 induced recession.

A perennial favourite here at Livewire, Christopher Joye puts his case forward for falling Aussie house prices. With borrowers far more sensitive to rates than in the past, any increase could cause volatility.

While he maintains that there is a window for higher house prices (assuming the RBA doesn't touch rates until late 2022 or early 2023), a lift would set the scene for 'the largest correction on record'.

This wire was published on 3rd November 2021.

#2 Christopher Joye (Yes. He had a VERY good year)

In the decade since the GFC, central banks have been able to pour seemingly infinite amounts of money on all economic problems because there have been no inflationary costs. We’ve long argued that these policies will prove inflationary. And today central banks increasingly face that invidious choice that their predecessors confronted decades ago: do you want higher growth or lower inflation in a climate in which inflation expectations are climbing.

Essentially the precursor to the number #1 wire, Joye offers a snippet on how the 'normalisation' of Australian inflation is a game-changer for everything, including equities, bonds and house prices.

There are only 4 copper producers left on the ASX: only one is below intrinsic value

Given that the Australian market is renowned as one of two global resources hubs, it would be reasonable to assume that there would be a host of copper producers listed on the ASX. But that is not the case.

You'd be forgiven for thinking that, as a result of the conversation around electrification and decarbonisation, Australian-listed companies were ahead of the game in terms of copper production.

But as Sala Tenna points out, previously poor copper prices and depleted copper mines have meant that fewer copper projects are in the pipeline.

Excluding the big names like Rio Tinto and BHP, Sala Tenna pinpoints four small-cap copper plays actually in production, and for those four, mine life and hedging remain key issues to conquer.

Given we're facing a shortfall of what many consider to be the world's most critical metal - with an estimated 10 million tonnes needed to meet demand - this was as shocking for Sala Tenna as it was for readers like you.

Signs of the top

A pair of Kanye West's sneakers sold for USD 1.8 million. The lucky purchaser plans to sell shares in the shoes. Hurry, don't miss out.

A 'top' sounds like an investor's worst nightmare when downward trends are involved, but how are we supposed to know when it's time to move on? One clue, according to Padley, can be seen below ...

Although it's a typical tongue-in-cheek article from Padley, there are a few suggestions on his list which hit a bit close to home, such as NFTs, putting super into Bitcoin and this gem: 'When you're making more in your residential home than your annual salary by a factor of x3.'

As you can see, this became a very interactive topic, with reader comments stretching long enough to be considered a 'sign of a top' list in its own right.

How investors can cash in on the CBA buyback

In what would have been significant for many CBA investors, Plato's Peter Gardner breaks down the bank's off-market buyback, which exceeded expectations to reach $6 billion back in October.

We believe opportunities such as this Commonwealth Bank buyback highlight the importance of tax-exempt investors like pension phase superannuants having their investments managed from their tax perspective.

#6 Romano Sala Tenna (Not a bad year for Romano, either)

An extraordinary scam that is netting millions

Timing is everything in the markets. And fortunately for my friend (and unfortunately for the scammers), literally 24 hours beforehand, I had received an email from the head of fixed interest at Bell Potter Securities, warning of high yield bond scams.

While scams abound everywhere, some scams are more sophisticated than others. Romano's run-in is a case in point: the investment offer his friend received appeared professional and completely consistent with what you'd expect from a 'global bank brand'.

In fact, the document looked so legitimate - with realistic returns on paper - because it didn't show the usual signs of a scam, which stumped a professional money manager like Sala Tenna.

In this wire he breaks down what investors should look for as scammers become more resourceful, and provides simple steps to protect savings.

This wire was published on 9th February 2021.

Waiting for the last dance

All bubbles end with near universal acceptance that the current one will not end yet...

The well-known 'bubbleologist' makes the list in a piece that issues a warning to investors: we're in a bubble now, and it could well be the 'most important event' of our investing lives.

As someone who has spent their lives studying bubbles, Grantham compares our current bull run (the longest in history) to earlier bubbles. He also points out that the current bull market is unique in comparison - this time, investors are relying on accommodative stimulus conditions and zero rates.

What hasn't changed this time around is the 'intensity and enthusiasm of bulls, the breadth of coverage of stocks and the market, and, above all, the rising hostility toward bears.'

Grantham also appeared on a Rules of Investing podcast hosted by my colleague Patrick Poke, which is well worth a listen, not least for the judgment, humour and extraordinary experience on display. This wire was published on 8th January 2021.

The One Stock Portfolio is the opposite of diversification. It is about the odds being better for the investor if they know a lot about a little rather than a little about a lot of stocks. The last time I wrote about it, it stirred up a storm.

With his usual sense of fun, Padley takes a look at an old premise: The One Stock Portfolio, with a focus on the stocks which could end up being 'multi-baggers' in the long term.

Spurred by the experience of one Marcus Today member who took this literally - netting over $12 million from Liontown Resources - Padley discusses the pitfalls of diversification and shares a few stocks he and his team believe have long-term value.

And while he also recommends caution, it's an idea investors were keen to take part in, with an eye-opening list of suggestions included.

The cheapest lithium stock in the market

As Airlie Funds' Emma Fisher states, pieces on lithium are 'dime a dozen, which makes this piece all the more impressive for its level of engagement.

In her premise on why Mineral Resources is currently the cheapest stock in the market, Fisher points out that MIN is set to generate around $1 billion in EBITDA from its lithium assets alone - which includes the Mt Marion mine - even after the fall in iron ore prices affecting its price.

This is direct comparison to lithium pure-play Pilbara Minerals - MIN's immediate neighbour in WA - with a FY24 EBITDA forecast of $596 million.

We believe the overarching conclusion is that Mineral Resources will likely make more money out of lithium than Pilbara Minerals in 3 years’ time.

The All Ords’ PE has soared to an unmatched – and hitherto-unimaginable – high. This isn’t merely because its CPI-adjusted earnings have collapsed to an all-time low; it’s also because, as Alan Kohler foreshadowed last year, “the stockmarket has come nowhere near to correctly pricing for the earnings recession now under way.”

In a similar vein to number #7, Leithner attempts to bust some myths around earnings, pointing out that since early 2020 Australian equities have "entered an earnings depression" - something the mainstream media seems to have ignored.