Has the central bank pivot arrived 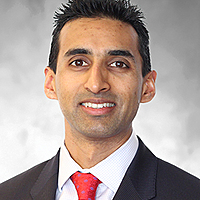 The story of 2022 so far has been of central banks pushing interest rates ever-upwards with the hope of curtailing inflation. Over the course of the last few weeks, however, this might have begun to change. The Bank of Canada hiked by less than market expectations, and in the US the Federal Reserve is discussing slowing the pace of its own hikes, causing equities to bounce.

And so it must be asked, are we approaching the end of the hiking cycle? Are we now seeing the central bank pivot that equity investors everywhere have been holding out for? I discuss this and more in the latest trade floor update below.

A.T., let's start with some global developments. We've had a real changing of rhetoric and actions over the last couple of weeks. Firstly, we've seen the Bank of Canada hike by less than the market expected. And secondly, we started to see some members of the Fed come out and say now might be time to start talking about slowing the pace of rate hikes.

Is this the big central bank pivot that all investors are looking out for?

Aaditya Thakur: It's really interesting. We've still had a period of positive surprises in inflation, yet we've seen a bounce in equities, a fall in bond yields, and the US dollar has come off. So the market is certainly pricing in some expectation of a so-called central bank pivot.

I think there's three things behind that. Firstly, economic data continues to deteriorate. So we've seen consumer confidence surveys continue to fall. They're now at or below their  COVID-19 era lows. We've seen business sentiment surveys, which are more forward looking, also continue to fall. So things like PMIs are now at or below 50, marking contraction rather than expansion. And we're starting to see some signs of a softening in labour markets as well, on top of a slowdown in housing markets around the world. So I think that's point number one.

Secondly, we've got to keep in mind that monetary policy works with a significant lag: nine, 12, 18 months depending on the country. So the real impact of the significant tightening that we've seen this year isn't going to be felt and seen in the data until the early to middle part of next year. Of course, central banks are mindful of that.

And thirdly, I'd say this prolonged period of volatility has really dried up liquidity, and we're starting to see an increased risk of periods of market dysfunction. So specifically I'm thinking about things like what happened in the UK recently. So those broader concerns around financial market stability, market infrastructure, they're now also creeping onto the radar of central banks.

So I think for all of those reasons, there is a case building for central banks to start slowing the pace of tightening, particularly as they push the cash rate up well into restrictive territory.

Orazio: Now, I wanted to really touch on the domestic front now. Last month the RBA did surprise markets by hiking by less than the market expected, only by 25 basis points. And really since then we've had a pretty red-hot Q3 inflation print well above market expectations. Yet in the November meeting of the RBA they only hiked by 25 basis points. Why is this the case?

Thakur: I think central banks have, to put it simply, they've got a decision to make around the risks of doing too little or doing too much. And unlike some of their global peers the RBA tends to, I guess, focus about the risks of doing too much at the moment. I think that's because they're seeing the global environment deteriorate, and global growth deteriorate. So to some extent, other central banks are doing the work for them.

Secondly, as I mentioned, they're very mindful of the lags of monetary policy, and that's exacerbated this time round, given there is that large cohort of borrowers who borrowed on a fixed-term basis during the COVID-19 period at very low-interest rates. They'll be getting reset to much higher mortgage rates starting next year onwards. So there is an unusually longer lag this time around for our economy.

And thirdly, I think they’re concerned about just the uncertainty around the response in household consumption to the significant tightening in financial conditions. So given that inflation expectations remain anchored, the response in wages has been slower here. It's allowing them a little bit more room for caution and they're obviously erring on the side of not doing too much rather than doing too little.

Orazio: Now we've touched on some global and domestic implications. How does that feed into how PIMCO is positioning portfolios?

Thakur: I think the broad story there remains unchanged. We continue to have fairly defensive positioning in our portfolios. Just given the size of the inflation problem for central banks and what's implied in terms of the required amount of demand destruction to bring inflation back to targets, it's very hard to see a path that doesn't slip into recession. And in fact, recession is now our base case for most developed markets next year.

So with that in mind, we think that interest rates are now looking, much closer to fair. So ten year yields in the US at or above 4% we think constitute reasonable value over the medium term. Of course, it's difficult to call the exact top. There’s still going to be some near-term volatility.

But given if the data continues to evolve as we expect, there's much more scope now for the markets to start thinking about rate cuts next year or the following year or even at least for central banks to cut policy rates from very restrictive levels just down to mildly restrictive. So there’s scope for duration to do well.

But on the flip side, we're still very cautious on risk assets and asset classes that are highly correlated to equities. So things like high yield, lower quality EM, loans, we'd rather be much higher up in terms of quality in securitized credit, high-grade spread, and very high-quality corporate credit.

Orazio: Great. Thanks A.T. Well we've heard a lot about what's happening on the global and domestic front today. And I think we've started to see the effects of this central bank hiking process start to affect the real economy. And from a portfolio perspective, we believe it makes sense for investors to get back to a more neutral setting when it comes to their high-quality core bond allocation. There's attractive levels of income and also building additional resiliency in client portfolios given the clouds on the horizon.

So thanks for joining us today. If you'd like any more information or have any questions, please reach out to your PIMCO account manager. Or visit our website.

Want to find out how fixed income can play a role in your portfolio? Hit 'contact' to get more information, or click here to learn more about PIMCO's credit solutions and latest views on opportunities in the credit market.