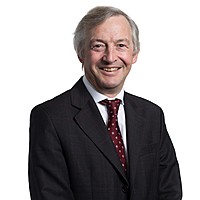 During August many families travel on holiday to far flung climes. When they arrive, how will they buy their tourist souvenirs? Today it might be dollars and euros, in years to come could it be Libra and JPM Coin?

The world has become used to digital or crypto-currencies such as Bitcoin and Ethereum. These have proven volatile to buy and sell, with prices varying wildly. There are no underlying assets. At one point Bitcoin fell from $20,000 to $6,000 in just over a four-month period. The currencies have been associated with speculative or criminal activities. To quote President Trump

“I am not a fan of … cryptocurrencies which are not money and whose value is highly volatile and based on thin air”.

Time for some new jargon and some well-known corporate names to enter the fray. One of these is ‘stablecoins’, i.e., a digital form of money with a fixed value. Facebook recently announced that it had formed a consortium to launch such a global crypto-currency next year, called Libra. Twenty seven partners are behind the venture, including high-profile brands such as Mastercard, Visa, Paypal, Spotify, eBay, Uber and Vodafone.

A related organisation, Calibra, will offer digital wallets using blockchain technology to save, send and spend Libra. Details are still to be finalised but the plan is to back each Libra coin with a reserve of real-world assets. This will take the form of a basket of high-quality major currencies invested in bank deposits and short-term government securities.

In practice, Libra will be purchased through linking to an individual’s bank account. The closest real world example would be the currency board which supports the Hong Kong dollar, and its relatively fixed exchange rate with the US dollar. Anyone using Libra should therefore note that Libra is not a peg to a single currency; its value will be allowed to fluctuate to some extent. A variety of other ‘stablecoin’ currencies already exist such as Tether. Questions have been asked about how large in practice are the reserves supporting such digital coins.

Similarly, the US bank JPMorgan Chase has announced that it will launch digital coins with a fixed exchange rate to the US dollar. By using blockchain technology the bank hopes to enable instant transfers, thus reducing clients’ counterparty and settlement risks.

What is the rationale behind the launch of these ‘currencies’? Technological advances are certainly one aspect – blockchain can determine immediately who owns a particular asset.

It could be argued that quantitative easing has had a role; the various efforts by all the world’s central banks have, in part, been driven by a desire to weaken, or even debase, currencies. Certainly bad memories from the global financial crisis have shaken confidence in the banking system in many countries. In the current unusual environment, a world of negative interest rates, the principle of having some competition in the provision of currencies may not be a bad thing.

If we are on the verge of a new form of money, what are the implications for financial markets? It is important to differentiate between money & short-term savings, and assets & long-term investments. Definitions rather matter in this area.

If we define money as currency (the pound, the euro, the yen etc.) then in everyday terms it is useful in making purchases (say via a credit card), it can be a store of value in nominal terms (cash held in a bank or under the mattress), it may give a small return over time (e.g. the interest on a deposit account), and it is needed to pay taxes.

Assets or securities are very different; they would typically include equities or real estate or government and corporate bonds. When we purchase a financial instrument we become a partial or full owner of such an asset. In return for investing money then a return is expected – a dividend, a rent, some interest or a coupon.

The transformation of money

Over time there has been a steady transformation in how purchases are made. For the consumer, cash was replaced by cheques, then by credit cards, then internet methods such as PayPal, and more recently contactless payments and fin tech apps such as Monzo or Revolut. How will Libra or JPM Coin stand in this environment?

Two vital questions need to be asked – who stands behind the new money and how will it be regulated or supervised? One of the perceived benefits, yet also drawbacks of digital currencies, has been the lack of regulation, which appeals to some libertarian people. However, if your digital wallet is hacked who do you turn to?

Central bankers have quickly picked up on these concerns. Fed Chairman Powell has warned Facebook to address concerns over privacy, money laundering, terrorism finance, consumer protection and financial stability. Similar worries have been expressed by the Bank of England, Banque de France and other regulators: what is the best route to regulate a ‘shadow bank’? Mark Carney noted that “anything that works in this world will become instantly systemic and will have to be subject to the highest standards of regulation”.

It is a moot point whether firms such as Facebook and its partners have shown themselves capable of operating such a complicated enterprise - which at the end of the day must be based on trust. The recent $5bn fine on Facebook for privacy breaches would suggest that at least questions need to be asked. Many large tech companies have shown themselves to have played ‘fast and loose’ with data.

Let us assume that ‘stable coins’ do become very popular. An obvious risk for economies and financial markets would be a large scale run into or out of digital currencies, and hence bank deposits and other liquid assets. The Bank of England has already carried out research in this area. Its Financial Policy Committee has assessed crypto-assets and concluded that at present they do not currently pose a risk to monetary or financial stability in the UK.

However, it warned that in their current forms many crypto-assets do pose risks to individual investors and anyone buying them should be prepared to lose all their money.

A distinction between public and private forms of money can also be useful. Digital currencies may appear in an account-based format provided by central banks. An obvious example is Sweden, a country where cashless payments have become very widespread. The central bank has announced a pilot project with e-krona will be launched next year. This could be a digital currency linked to an account at the central bank which any citizen could own. A tourist visiting Sweden would buy and load e-krona onto a locally issued card.

Such a development might eventually have a material effect on monetary policy making and hence financial markets. Rather than using the banking system to transmit its interest rate decisions, the central bank could operate on a universal basis directly with households and firms. Depending on the format of the accounts, for example interest bearing or e-cash, they could materially strengthen and speed up the transmission links for policy decisions.

An example would be opening the way to negative interest rates or a much faster pass through of official rate changes. This could ripple through more quickly therefore into the valuations of any portfolio of assets which a household or company might own.

Feedback loops also need to be considered. If stable coins such as Libra are matched by a basket of various currencies and assets, then if the currencies reached a significant size, central banks would presumably have to start thinking how their policy actions affected that basket. Official targets might morph from growth and/or inflation to the implications for financial stability of any move in Libra or other such currencies. It does not take a huge leap of imagination to see how such feedback loops could develop if digital alternatives to mainstream money take off.

There is a potential drawback for citizens in countries where central banks control official digital currencies. Central banks would love to be digital, so that imposing negative interest rates could act as a tax on savings and encourage cash to be put to work through buying goods, services or assets. From a civic point of view, any state being able to take money directly from a household’s accounts is a significant step. Paper cash has certain advantages!

The aims of the Libra project are high. The consortium has stated “we believe that global, open, instant, and low-cost movement of money will create immense economic opportunity and more commerce across the world” or “we believe that we all have a responsibility to help advance financial inclusion”. In practice regulation and supervision will be extremely important. Whatever Libra’s prospects, the underlying technology is moving towards digital currencies using a ‘stablecoin’ format. These could have major implications for financial markets through the changes they cause in portfolio construction and especially the transmission of monetary policy.

Andrew advises the Chief Executive Officer and the senior fund management team with economic, market and political analysis. He is a member of the Global Investment Group forming the House View, as well as part of the Multi Asset and Macro...

Get investment ideas from Andrew Milligan when you sign up to Livewire Markets.