Making money in 2022 has not been straightforward. This year should have seen the Big Four banks' share prices do well given rising interest rates should have helped their margins. Instead, it was energy (stateside and locally) that outperformed, while tech was dealt a bad hand.

Rising rates were and continue to be a big problem for unprofitable companies that are still angling to make their first cash flows. They also pose a big headache to anyone who is trying to raise capital. And a broader economic slowdown, driven by the end of free money, is not what consumer discretionary-facing businesses needed to hear.

But 12 months ago, when we asked you for your top global stock picks, big tech was still the hottest trade in town. There was hype for just about everything - including more niche streaming options and Facebook's shift to the metaverse. Now, the great unwind has more than punished those who bought the hype and sat idly on it.

In this wire, we'll take you through the results of your top ten global stock picks for 2022. Or really, top nine global stock picks, given you all nominated BHP Group (ASX: BHP) while it was still a dual-listed firm. Since then, BHP has returned to a single listing here in Australia meaning there are only nine stocks on the list.

You may want to sit down and have a stiff drink nearby before you read this piece.

Note: By publishing this list, we are sharing information from the Livewire readership that hopefully inspires further research ideas. This information is not, nor is it intended to be, a set of recommendations. Please do your own research and seek professional advice. All data is correct as of November 30th, 2022.

It's not been a fun year

It's been a year of ups and downs for the tech and supply chain giant, headlined by the departure of its founder Jeff Bezos. Although Bezos is still the executive chairman, new CEO Andy Jassy has had anything but an easy ride in the first few months of his new role.

In recent days, it's revealed that it will have to lay off as many as 10,000 workers as the revenue crunch continues to bite. Rising costs also meant the company recently had to issue a bizarre earnings guidance of "$0 to US$4 billion" for the fourth quarter. Unsurprisingly, the stock was sold off afterwards.

For professional investors like Kieran Moore of Munro Partners, the next quarter's results could decide whether that overreaction to its latest earnings release was warranted after all: What more needs to be said about this company and its founder and CEO Elon Musk? The company has had to deal with lockdowns at its factories in China, lawsuits in Australia and South Korea, and its founder having to withdraw large chunks of his stake to buy a little-known firm called Twitter (for a whopping $44 billion, mind you).

And just recently, the company had to recall 30,000 cars in the US over an issue that may cause the front passenger airbag to deploy incorrectly.

But Munro Partners portfolio manager Jeremy Gibson still thinks the company is worthy of a buy, arguing the EV giant is still outperforming all of its competition. The first two companies on this list have delivered losses of around 50% for the year so far. And yet, Microsoft has remained (comparatively) resilient thanks in part to a business-centric approach to its earnings.

So you won't be surprised to hear Macken's been using the sell-off as an opportunity to pick up even more shares. Which you can read all about below:

We've all got their iPhones, most of us have used their MacBooks, and some may even own a Watch or iPad. And in proof of Apple's dominance, it's still marketing its newest models at premium prices.

However, one Bloomberg report already suggests Apple is having to make rare discounts on its MacBooks to small businesses in an attempt to spur holiday quarter sales. So will the slowing consumer come back to bite them?

Alphinity Investment Management's Trent Masters certainly thinks so, with the portfolio manager revealing the team had been reducing their position size across their portfolios in recent months. Equities
Can this tech titan continue to defy gravity or will consumer headwinds bring it back down to Earth?
View

They used to say Google's earnings were a sure bet of a good report, especially during the bull market years. But that storyline came to a screeching halt last quarter when it announced it would be cutting staff and spending on marketing after a difficult three months for earnings. As it would turn out, not everyone wants to pay $15 per month for YouTube Premium!

One person who has been tinkering with his position in the tech giant is Kingsley Jones from Jevons Global. Until May, Jevons Global had a short position on Alphabet which has since been removed. But did the short position become a long one instead? Find out here.

Equities
How to tame a Grizzly (FANG'ed) Bear
View

If there is one poster child for Beijing's constant battle between the control and freedom of big tech companies, it's Alibaba. Much like the other names on this list, it too has reported reduced growth in its earnings - with the slowing consumer being compounded by zero-COVID lockdowns in China.

Last year, it also paid a record US$2.8 billion antitrust fine and pledged to halt the practice of forcing some of its sellers to stay away from rival e-commerce platforms.

But some fund managers argue it might be time to start looking at the company again - like Regal Funds Management's Phil King who actually added the company to portfolios recently: 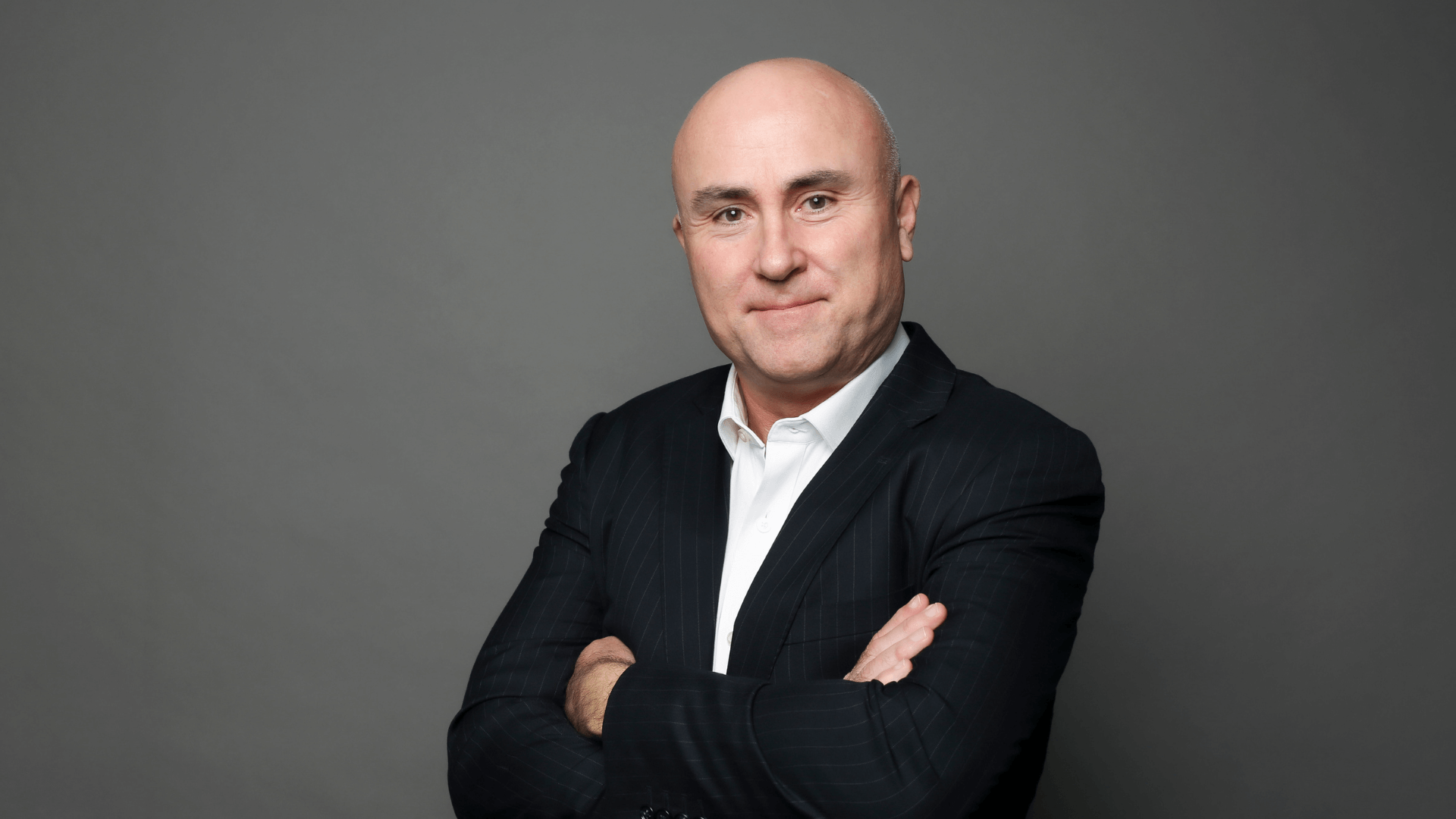 Most of the other companies on this list are in an earnings downgrade cycle. The cutting of staff has become a recurring headline in recent weeks. But some speculate Nvidia's worst days may be over. Though the most recent earnings report's guidance missed Wall Street's expectations, revenues are finally going in the right direction.

But be it Nvidia or any of the other semiconductor giants, the story they are in is a multi-year one where politics is as important as the actual company fundamentals. And as Alison Savas of Antipodes has highlighted, it's not a story you can afford to ignore: And speaking of semiconductor stocks, Dutch giant ASML has also attracted headlines due to the geopolitical fight between the US and China. The company used to make a portion of its sales in China, but the Dutch government is under pressure from both China and the US to encourage or restrict sales of its flagship technology in the tiger economy.

This cross-continental fight, along with the wider de-rate in technology stocks, has been a big challenge for its share price. And if there's anyone who knows all about riding those falls, it's Alastair MacLeod from Wheelhouse Partners. He recently revealed that ASML has actually been one of his biggest mistakes of late. You can read more about that below: Early last month, Block shares surged following its quarterly earnings beat. It reported a beat on gross profits for the third quarter, buoyed by an increase in business from retailers and restaurants using its products.

But it wasn't all-payments technology that did the heavy lifting with its BNPL and cryptocurrency arms both posting profits. Yes, you read that right, its cryptocurrency business posted a US$37 million profit last quarter.

It will be interesting to see next year's list. Here are just some of the questions I personally will have for the 2023 top-tipped global stocks:

Whatever the results, we'll cover it all here at Livewire.

Heavy Hitters, Big Calls, Bold Predictions, Top Stocks the 2023 outlook series
........
Livewire gives readers access to information and educational content provided by financial services professionals and companies (“Livewire Contributors”). Livewire does not operate under an Australian financial services licence and relies on the exemption available under section 911A(2)(eb) of the Corporations Act 2001 (Cth) in respect of any advice given. Any advice on this site is general in nature and does not take into consideration your objectives, financial situation or needs. Before making a decision please consider these and any relevant Product Disclosure Statement. Livewire has commercial relationships with some Livewire Contributors.
save